Women over 50 hit the hardest by the gender pay gap 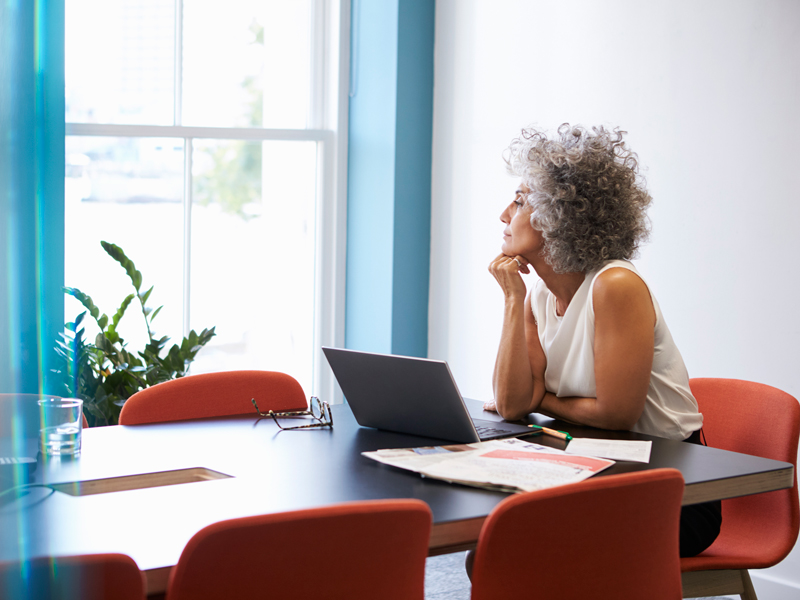 In 1999, there were 2.7 million women aged 50 or over still in work. Today, there are 4.8 million, lending to an increasing urgency for salary and pension reform
Lifestyle

Across Europe, the pay gap between men and women continues to average 16 percent. Luxembourg leads the way with the smallest wage gap, at 5.5 percent, whereas it is widest in Estonia, at 26.9 percent. Despite legislative changes in some countries, including the UK’s Equality Act of 2010, it remains abundantly clear that women are still not being paid the same as their male counterparts throughout the course of their careers. In addition, recent studies have revealed that this pay gap becomes wider for the over-50s, with women earning 28 percent less than men on average.

This is much more notable in the 21st century than it would have been a couple of decades ago due to the significant increase in the number of women over 50 who are now working. In 1999, there were 2.7 million – today there are 4.8 million.

The discrimination faced by these women has also had a negative impact on their pensions, and thus their retirement prospects, with women’s money already required to stretch further as a result of their comparatively longer life expectancies. This disparity is a key concern for the women’s wing of the Party of European Socialists, a social-democratic party comprised of national-level political organisations from all member states of the European Union. “The gender pension gap illustrates how differences between women and men accumulate throughout the life cycle, and thus women face a substantially higher risk of poverty and social exclusion in older age,” a spokesperson from the party told European CEO.

The average retirement age for women across Europe is currently 65, but countries such as Spain, Germany and France are gradually increasing this to 67

Can’t have it all
One reason older women are paid less than men is due to them taking time out from their careers to have children. When returning from maternity leave, they are less likely to receive promotions that become available further down the line. This consequently prevents them from progressing financially in the same way their male counterparts are able to.

However, the societal expectations of men and women do not stop there. Countries across Europe differ dramatically regarding how much paternity leave they offer: fathers in Italy are entitled to just five days compulsory leave, while those in Norway receive almost a whole year on full salaries.

Countries offering minimal paternity leave reinforce the presumption that mothers should be the parent to take career breaks to look after children. Sam Smethers, Chief Executive of the Fawcett Society, agrees, telling European CEO: “We also need to address the underlying causes [of the pay gap], one of which is unequal sharing of unpaid care work.”

However, children are only one element of the gender pay gap. Dr Nicole Smith, a research professor and chief economist at Georgetown University, discovered some troubling findings: “Close to 48 percent of women of childbearing age do not have children, and this does not seem to affect their earnings potential in a positive way.” Therefore, lower earnings among women cannot be solely attributed to childcare; other factors must also be driving inequality in the workplace.

Hope for the future?
Belatedly, companies are starting to put into place initiatives that will encourage equality for their female members of staff. PricewaterhouseCoopers’ Chief Inclusion, Communities and Wellbeing Officer, Sarah Churchman, told European CEO that the actions her company takes “range from rewarding leaders who promote diversity within their teams, through to providing career sponsorship for high-potential female and ethnic minority employees”. However, with the World Economic Forum estimating last year that at the current rate of progress the gender pay gap will take 202 years to close, it is clear there is considerably more work to be done.

In the UK, the introduction of the 2010 Equality Act should, in theory, mean women currently in the early stages of their careers feel comfortable having conversations regarding their salary. However, although there is some evidence of women asking for wage increases, they only receive one 15 percent of the time, whereas men are granted a raise 20 percent of the time. In addition, many workplaces simply do not offer the chance for wage negotiation, and therefore the ability to ask for a higher salary is out of the question.

The average retirement age for women across Europe is currently 65, but countries such as Spain, Germany and France are gradually increasing this to 67. In the UK, there are plans to increase the retirement age to 68. Evidently, the need to deliver equality of pay for women over 50 is greater than ever. Rather than winding down, many women at this age will still need to work for at least another 15 years.