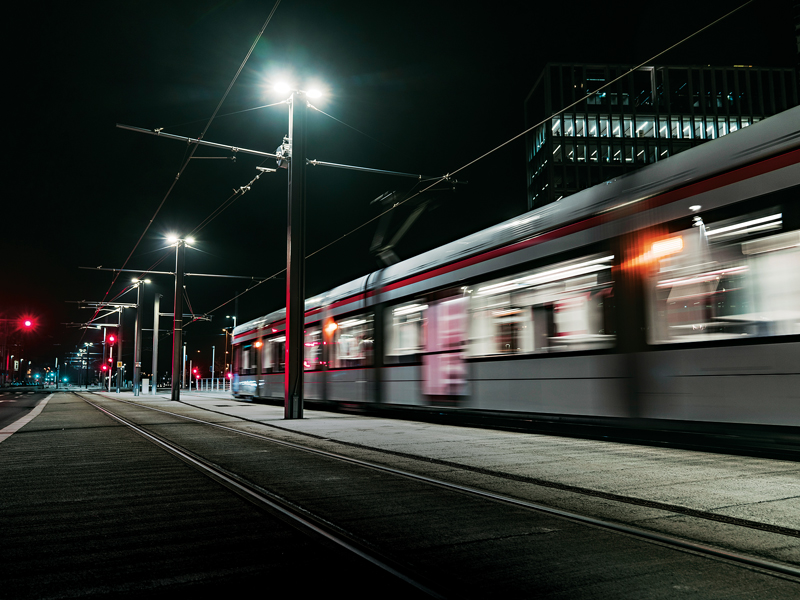 When run well, there is clear evidence night trains offer a good service to consumers and deliver profits to their operators, and provide an environmentally friendly means of travel
Lifestyle

Not so long ago, it looked as if Europe’s night trains were about to be consigned to the history books – an anachronism left over from the time before budget airlines made the world a much smaller place. Germany’s national operator Deutsche Bahn started withdrawing its overnight train routes in 2014; France began two years later.

At the time, it was claimed that the economics of night trains simply didn’t add up. Higher-speed rail routes were cutting journey times, and affordable airlines could get passengers to their destinations with plenty of time to spend the night in a hotel rather than in a train carriage. It seemed as if the customers had spoken. But as soon as rail operators began removing night routes, the citizens of Europe called for their return.

Off the rails
When Deutsche Bahn discontinued its last night train service in December 2016, the company cited declining passenger numbers as the main reason for doing so. However, evidence from elsewhere on the continent suggests that this might not be the full story.

Austria’s rail operator ÖBB purchased Deutsche Bahn’s discarded sleeper trains and has since seen passenger numbers grow to such an extent that additional sleeper wagons have been purchased for use by the end of 2022. The Swedish Government is also expanding its night routes, and Swiss train firm SBB is considering doing the same.

As soon as rail operators began removing night routes, the citizens of Europe called for their return

“We now know that Deutsche Bahn did not stop its night routes due to falling passenger numbers,” explained Sebastian Wilken, founder of the German railway blog traintracks.eu and a member of the Back on Track network. “In fact, the number of passengers was actually increasing during the last year of operation. Deutsche Bahn used tricks to reduce the figures, for example [by] not counting the passengers in the seat cars. It is much more likely that Deutsche Bahn simply no longer wanted to carry out the logistically complex business of running night trains.”

Another reason why some night trains have been discontinued is that they are often among the first routes to be dropped when a rail operator is unable to deliver a good service generally. If cuts need to be made to boost reliability, night services are viewed as less essential than those offered during the day.

“In France, the railway company SNCF was under pressure to be profitable and so stopped promoting and advertising its night train service,” Pascal Dauboin, a member of the Oui au train de nuit collective, told European CEO. “In addition, the quality and reliability of night trains degraded significantly – the service became awful. On a single line travelling from Paris to Tarbes in the south of France during 2017, 43 percent of trains were either delayed or simply did not arrive.”

When run well, however, there is clear evidence that night trains can offer a good service to consumers and deliver profits to their operators. “Austrian rail firm ÖBB shows how night trains can be implemented effectively,” said Wilken. “Since it took over about half of the night train routes from Deutsche Bahn and marketed them under the Nightjet label, the night train has been buzzing again in Central Europe. ÖBB could already make a small profit in its first year of operation. And they want more: €375m was recently invested in new train equipment, including 13 new next-generation Nightjets. We have great hopes that with the new trains, the night train network in Europe will grow again. Cities like Amsterdam or Copenhagen urgently
need to be reconnected.”

The way that Europe’s night trains have bounced back in just a few short years shows the power that customers have to influence company policy. Although some operators chose to withdraw and sell their sleeper wagons, it is likely they are now regretting this decision. In many countries across the continent, the popularity of night trains is unmistakably on the rise.

The green light
Anxieties over the damage humans are doing to the planet are never far away, particularly with regards to the travel sector. A report published in Nature Climate Change found that tourism is responsible for eight percent of the world’s greenhouse gas emissions. Compared with other modes of transport, flying is by far the worst offender. Per passenger, a one-way trip from Zurich to Milan, for example, emits three kilograms of carbon dioxide if taken by train, compared with 104kg by plane. Environmental concerns are clearly giving a boost to rail networks across Europe, and night trains in particular. Earlier this year, campaigner Greta Thunberg brought wider attention to the Swedish concept of flygskam, or ‘flight shame’, when she undertook a European tour by train to highlight the ongoing fight against climate change.

Normally, the extra time it takes to travel by train is enough to push people towards flying instead. However, night trains make use of the dead time that passengers spend sleeping, meaning they represent a more viable alternative. Further, the fact that train stations are usually located in the centre of cities rather than on their outskirts and require less stringent security checks means the time difference between the two methods of travel diminishes significantly.

Environmental issues are not the only reason Europe’s night trains are making a comeback. Pressure groups like Back on Track and Oui au train de nuit have had a positive effect raising awareness of the benefits of rail travel. “It is, of course, difficult to put into numbers, but through our actions we have been attracting attention for the night train for many years,” Wilken said. “The most important pillar is our action weeks, in which we demonstrate at Europe’s major railway stations and organise meetings, events and conferences. We also have good contacts in European politics, as well as within railway companies. In addition to classic lobbying, we also focus on social networks. Earlier this year we launched the #NightTrainOfTheWeek campaign on Twitter, where we introduced one particular night train per week.”

The work undertaken by these groups has helped demonstrate that flying is not the only way of getting around the continent. Providing increased awareness of the benefits of travelling by rail is the first step to boosting their popularity.

An ongoing journey
Despite the recent successes of those lobbying for night trains, more work needs to be done to convince the public that they represent a viable alternative to flying. As well as the environmental benefits, more should be made of the fact that they can be more economical as well. With night trains, passengers need one less night at a hotel or hostel, which can significantly reduce outgoings. Another positive is that you can carry (almost) as much luggage as you want at no additional cost.

Boosting the popularity of these services further, however, will not be easy. Many rail companies are already running on tight budgets, which means government assistance will likely be required to help night trains compete with the aviation industry.
“The focus, first of all, has to be on money,” Dauboin said. “Put more investment into infrastructure and apply an eco-tax to air travel. Given that the time difference is not that significant between flying and night trains, governments should be pushing people to take trains where possible. At the European level, governments should also ensure that, from a digital standpoint, bookings on night trains can be
made quickly and easily.”

Evidently, the demand for night train routes among European citizens is still present. Greater investment, both in terms of marketing and rail infrastructure, will no doubt see this demand grow further. There are many benefits to travelling by rail instead of flying, and it’s important that as many potential passengers are aware of them as possible.