UBS faces a fine of up to €5.3bn over tax fraud allegations 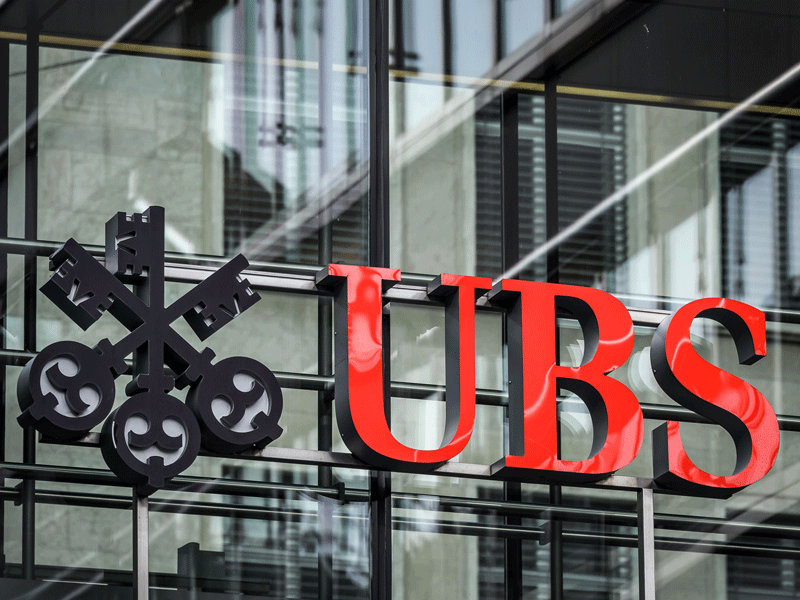 The lawsuit has been bought against UBS by both the French state and the country's financial prosecutor. It is also facing a legal case in the US for its role in the 2008 financial crisis
News

Swiss bank UBS Group could be forced to pay up to €5.3bn in fines over allegations that it helped wealthy French clients conceal money from tax authorities.

The double-pronged lawsuit has been brought against the bank by both the French state and the Parquet National Financier (PNF), France’s financial prosecutor.

Serge Roques, a prosecutor for the PNF, asked the court to impose a record fine of €3.7bn, arguing that it would be proportionate to the size of UBS’ business and the nature of the crime. The Swiss bank posted a profit of CHF 1.2bn (€1bn) in Q3.

The French state is also seeking a fine of €1.6bn against UBS in addition to any court-imposed penalties.

Speaking on behalf of both prosecuting parties, Roques informed the court that the proposed fines relate to a 2015 investigation by French authorities, which found that almost 4,000 French residents with Swiss UBS accounts made late tax payments on assets worth approximately €3.8bn. Roques said that “the underlying facts are of an exceptional breadth and a systematic nature,” which he claimed justified the large fine.

UBS said the calculation was the result of “a simplistic approach taking into account the full amount regularised by French taxpayers without any proof of an underlying offense”.

“The bank has strongly contested this assessment, and more generally, any criminal liability in this case since the beginning of the investigation,” it said in an email statement to European CEO.

A second prosecutor, Eric Russo, argued that UBS had “used illegal means” to encourage French residents to place undeclared funds in Swiss accounts and had provided services to help them launder money. He told the court: “The banks that take part in tax fraud deserve to be punished.”

Alongside UBS itself, Roques is also seeking fines against the bank’s French unit and six former bankers. He argued that UBS France should be found guilty of aiding and abetting its Swiss parent and should pay a €15m fine. The French prosecutor also stated that the highest-ranking UBS official, Raoul Weil, should pay a €500,000 fine. Prison sentences of up to two years were also proposed for the other bankers.

UBS told European CEO: “The former employees at no point provided any evidence of their allegations and were not even heard at the trial.” It called the individual fine calculations “irrational,” and described Roques’ demands as “fully in line with erroneous conclusions of the trial order”.

Roques’ latest argument forms the closing remarks by the prosecution. It will now rest, and UBS’ defence lawyers will give their closing speeches next week.

This case is the latest in a string of litigation that the Zurich-based bank has faced over the past decade. It has stood accused of a range of financial crimes, from rigging the Libor benchmark to helping clients evade tax.

As of November 8, the bank is also facing a legal case in the US, alongside the on-going French lawsuit. The US Department of Justice has accused UBS of fuelling the 2008 financial crisis by deceiving investors who bought billions of dollars of high-risk, mortgage-backed securities. The 302-page complaint filed by the DoJ compared the bank to “leprosy spores”, accusing it of depriving investors of critical information and knowingly putting them at risk of fiscal harm. UBS has said that it will contest the allegations.

The French lawsuit is expected to conclude on November 15. No date has yet been set for the commencement of US proceedings.