Some European economies have now adopted negative interest rates for the longest period in history. The controversial policy has turned banks’ business models upside down, leaving economists unsure of their next move 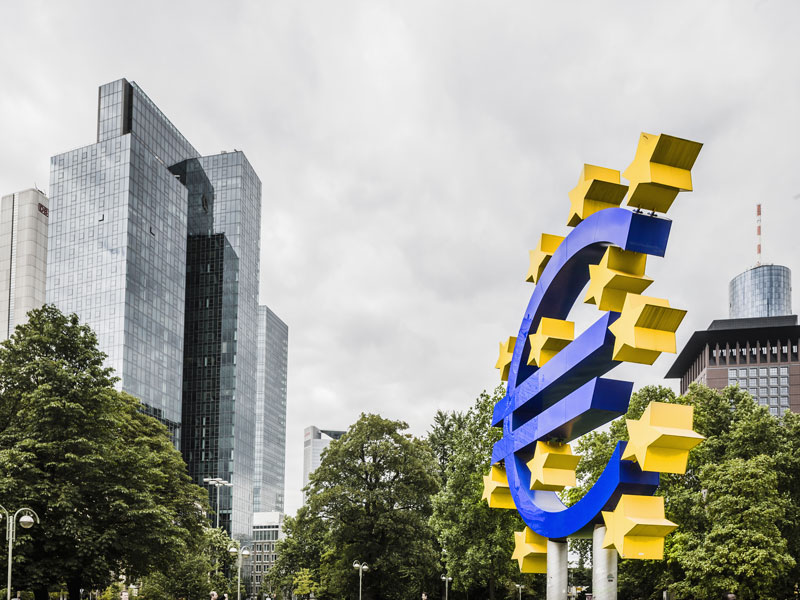 Under a negative-rate policy, financial institutions pay interest for holding excess reserves in the central bank – the hope is that this will push banks to boost lending
Finance

When negative interest rates were introduced into European economies between 2012 and 2015, many analysts thought it was an emergency measure that would last for only one or two years. Some countries have now spent more than half a decade with sub-zero interest rates.

Among them is Denmark, where rates have been below zero for longer than anywhere else in the world. The Nordic country first cut rates in 2012, in the wake of the 2008 global financial crisis. At the time, the krone was outperforming the euro and Denmark wanted to weaken its currency to keep investors from hoarding it. “The main concern of the Danish central bank is the pegging of the Danish crown to the euro,” Inge Klaver, an analyst at Nordea Bank, told European CEO. “And it had to match a cut by the [European Central Bank] to curb strength in the crown, ending up in the negative territory.”

Under a negative-rate policy, financial institutions pay interest for holding excess reserves in the central bank – the hope is that this will push banks to boost lending to businesses and consumers. Proponents argue that because negative rates weaken a currency, they give the country’s exports a competitive advantage and drive up inflation by increasing import costs. But the outcome of Denmark’s prolonged experiment has been far from clear-cut. As countries wade deeper into uncharted territory, economists warn they could be setting course for financial turmoil.

Turned on its head
So far, Denmark’s lengthy sub-zero-rate period has defied conventional wisdom concerning how negative interest rates affect economies. One such theory is that unnaturally low borrowing costs prop up companies that would otherwise collapse in normal conditions. These ‘zombie firms’ can be a major drag on the economy: as well as absorbing the resources required by healthier companies, they tend to rely on weak banks, creating a downward spiral of risk in the financial system.

However, Denmark’s central bank, Danmarks Nationalbank, revealed in December that the number of zombie firms in the country had fallen amid record low interest rates, accounting for less than 1.5 percent of Danish companies. “The Danish financial system, including banks, does not seem to show forbearance to unprofitable zombie firms in the private non-primary sector,” it commented. Some experts – including Oliver de Groot, Chair of Macroeconomics at the University of Liverpool – have even suggested the desired impact of negative rates may override the potential risks. Sub-zero interest rates can create the expectation among consumers that deposit rates will remain low into the future. De Groot argued that, despite concerns that negative rates could lead to financial instability, this expectation ultimately wins out. He told European CEO: “Negative interest rates can signal lower future borrowing costs, discouraging savings and encouraging spending and investment, and thus supporting aggregate demand.

“On balance, my reading of the evidence currently available is that the benefits via the signalling channel outweigh the potential adverse effects. But it’s a new, experimental policy and it is something that should continue to be monitored very closely for signs that the adverse effects are getting larger.”

Even as Denmark’s economy has grown and employment has reached record highs, Danmarks Nationalbank has refused to raise interest rates. Its governor, Lars Rohde, has said that rates may not turn positive again until well into the 2020s. Switzerland’s central bank is also reluctant to increase rates – at minus 0.75 percent, Switzerland has the lowest benchmark rate of any central bank in the G10. The Swiss National Bank claims that negative rates are “absolutely necessary” to keeping the Swiss franc stable and ensuring Switzerland remains a safe-haven investment.

Feeling the pinch
Negative rates are bad news for banks’ profit margins. “Banks more or less operate by transforming savers’ liquid savings into long-term loans for firms, and banks earn the spread between these rates,” de Groot told European CEO. “When interest rates in the economy are persistently low, the yield curve flattens and the spread that banks can earn falls.” The Danish Bankers’ Association estimates that sub-zero interest rates cost the industry DKK 2.5bn (€334.6m) in 2019 alone.

As banks suffer the burden of sub-zero rates, their business models have been turned upside down. In a world first, Denmark’s third-largest lender by assets, Jyske Bank, launched a negative interest rate mortgage. Such a move suggests banks are more content accepting small losses than lending money at rates that customers will be unable to meet. Unsurprisingly, the bank has been forced to find ways of passing the bill onto its clients: late last year, Jyske Bank said it had no choice but to impose a 0.6 percent fee on customers with over $1.1m (€1.01m) stored in the bank. Similarly, in Switzerland, UBS is charging the super-rich for parking money with it.

De Groot pointed out that low bank profits are bad news for the wider economy: “Falling bank profitability causes banks to extend less credit and can slow economic activity.” Given these risks, some policymakers are putting the brakes on the experimental policy: in December 2019, Sweden’s Riksbank decided to raise the interest rate from minus 0.25 percent to zero after almost half a decade of negative rates.

Sweden was an early pioneer of negative rates – first dipping below zero in 2009 – so its decision drew a lot of attention from the world’s economists. Riksbank had voiced concerns in its December 2019 Monetary Policy Report that there could be adverse effects if consumers believed negative rates had become permanent. Further, there was evidence of potential overheating in the housing market, which may have been exacerbated by negative rates – property prices have doubled in Sweden over the past 15 years. Notably, there has been a steep increase in Swiss house prices, too.

The new normal
It’s these kinds of structural problems that economists are most concerned about. “A potential adverse effect is that banks, wanting to find more profitable investment opportunities, reach for yield and invest in risky projects, leading to a potential build-up of financial stability risks down the road,” de Groot said.

This reckless borrowing from banks and pension funds leads to financial bubbles that can eventually pop, spelling trouble for the economy. “The biggest risk is that the long period with very negative interest rates will give rise to a credit-driven overheating of the economy,” Jan Størup Nielsen, Chief Analyst at Nordea Markets, told European CEO.

The persistence of negative interest rates around the world is also having a surreal impact on the global economy. As central banks continue to cut rates, bond yields are sinking lower and lower. As of October 2019, approximately 25 percent of government and corporate debt around the world was trading with negative yields, according to the Financial Times. This means investors are almost certain to receive less money than they paid for a bond if they hold onto it for a prolonged period – in other words, they’re paying to have their money looked after. As a result, investors have been driven to riskier corners of the bond market in search of higher returns.

Now Riksbank has exited sub-zero territory, other central banks will be watching Sweden closely to see whether the move pays off. Despite this, Klaver predicts that Denmark and Switzerland won’t be following suit anytime soon: “As long as alternative measures are absent, very low or negative rates will likely remain part of policy.” Until then, Denmark and Switzerland will continue to navigate the surreal world of negative interest rates that has become their new normal.