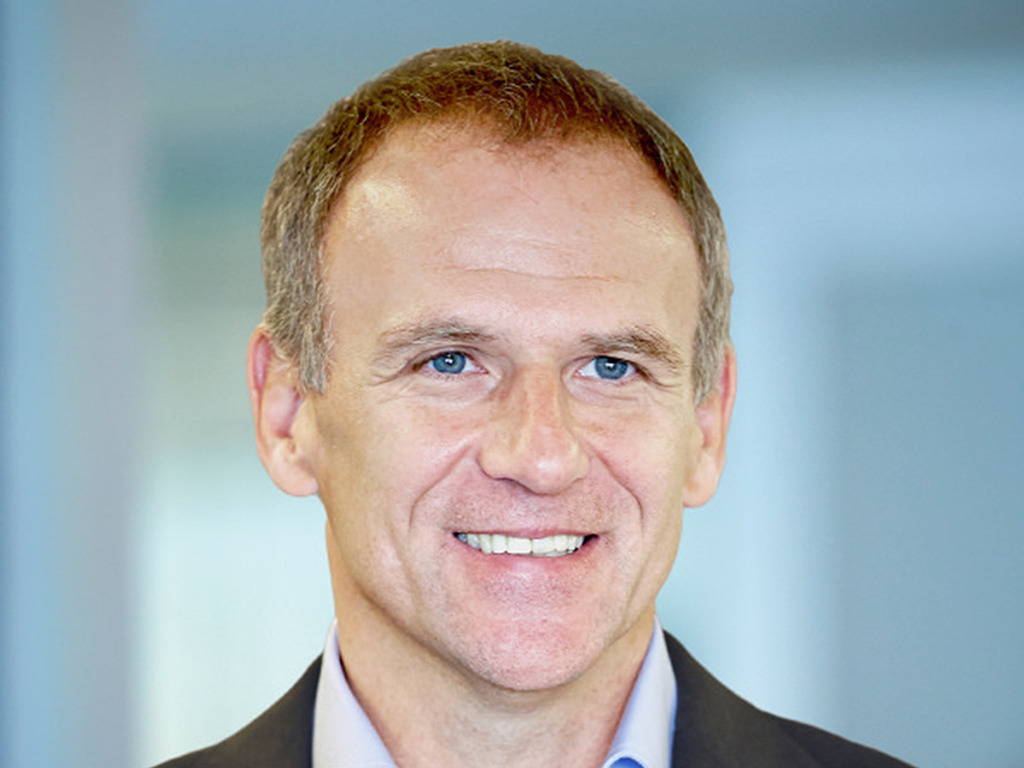 'Drastic Dave': Tesco CEO Dave Lewis had a tough job on his hands taking over from Philip Clarke, but his efficient approach and emphasis on transparency have seen the brand stay strong in difficult times
Profiles

Just a few years ago, Tesco was in the height of its heyday. The multinational retailer had seen consistent profit growth for 18 consecutive years and share prices had almost quadrupled in the 20 years to 2007.

Roll on seven years and the picture is somewhat bleaker; in its latest financial review, pre-tax profits for the first half of 2014 were revealed to have plummeted 92 percent to £112m. A £263m overstatement in its profit guidance provoked controversy and a long-running investigation, leading to the dismissal of eight executives and a heavy burden weighing on the shoulders of Tesco’s leader.

That leader, former Unilever veteran Dave Lewis, has been hit by blow after blow since he joined the retailer in July – one month earlier than originally intended – paying a hefty price for the mistakes made by former CEO Philip Clarke. On the day the drastic fall in profits was revealed, chairman Sir Richard Broadbent stepped down, leaving another hole in Tesco’s increasingly weakened board and adding a further weight to Lewis’ already cumbersome load.

Making a rumoured 300 job cuts at Unilever in 2007 to reverse a sales slump, he earnt the nickname “drastic Dave”

As the first outsider to join Tesco as CEO since its founding almost a century ago, 49-year-old Lewis was hailed in to bring a fresh perspective to the ailing retailer. His challenge – translating his consumer goods experience to a retail environment and turning Tesco back around – is not to be underestimated.

Consumer experience
Yorkshire-born Lewis leapt straight from Nottingham Trent University to his first job at Unilever in 1987 as a trainee. He stayed with the global FMCG firm for 27 years, working on the personal and household care sector in South America, Indonesia and Central and Eastern Europe, before moving back to Britain in 2005. As innovation leader, he grew South East Asia’s personal care business by a yearly average of 30 percent, despite a challenging political and financial climate.

On his return to Britain he became Managing Director for UK Home and Personal Care, and in 2007 stepped up as Chairman of Unilever UK and Ireland, just as three separate companies (personal care, foods and ice cream) were being unified under the One Unilever programme. Taking charge of key brands including Cornetto and Pot Noodle, that experience gave Lewis his first exposure to the groceries industry – likely to prove useful in his tenure at Tesco. It also got him the role of chairing the then opposing Conservative Party’s action plan on obesity, which pushed for the Conservatives to take a more liberal approach to TV food advertising and to contest proposed traffic-light food labels.

In 2010 Lewis compounded his international experience by becoming Unilever’s President of the Americas, before becoming global President of Personal Care a year later. As president he took charge of household brands including Vaseline, Radox and Dove, looking after a global toiletries business worth £15.8bn. He was responsible for the launch of the now iconic Dove Soap in the UK, and grew sales in the company’s personal care sector by over one third, according to London newspaper The Evening Standard.

He also oversaw the segmenting of the shampoo market, gaining knowledge likely transferrable to Tesco as it reviews its in-store ranges. Under Lewis Unilever bought premium brands such as TRESemmé and Toni & Guy, opening up a hair academy linked to the latter in London to gain insight from consumers.

Lewis was widely praised for the changes he implemented at Unilever. “He has really brought the business onto the world stage fighting against some big competitors”, consumer goods analyst at Oriel Securities Chris Wickham told The Guardian. “He’s led several acquisitions and got them really well integrated into the business so that Unilever can now look the likes of L’Oreal and P&G in the face on hair care”. Lewis has been described as “measured, balanced, thoughtful but not exactly charismatic” and “high energy” according to the paper, and he stands as somewhat of a contrast to his more staid precursor Clarke.

Despite the successes, his reputation isn’t completely squeaky-clean. Making a rumoured 300 job cuts at Unilever in 2007 to reverse a sales slump, he earnt the nickname “drastic Dave”. For Neil Saunders, Managing Director at retail consultancy Conlumino, such “drastic” qualities will help him at Tesco. “I think that somebody in his position needs to be tough and decisive and sometimes they need to do things that are unpopular”, he told European CEO – although he says store reconfiguration rather than job cuts is what Tesco should be focussing on.

Challenging time
Lewis was put forward for the role by Patrick Cescau, Senior Independent Director of Tesco. Clarke announced in July that he would be stepping down in October – just as it was revealed the retailer would not be reaching its profit forecasts. Sales had dropped 3.1 percent in the three months to May 25 – equivalent to revenue losses of £1.74bn according to HSBC analysts – and its market share fell year-on-year from 30.5 to 29 percent. But Clarke had pledged after that news that he was “not going anywhere”, according to The Telegraph.

Despite the promises, Clarke departed after 40 years with Tesco and around three less than fruitful years as CEO. He’d had big boots to fill after the departure of Sir Terry Leahy who, in his fourteen-year stint at the helm, had grown the retailer into the third biggest in the world; Tesco had seen pre-tax profits hike from just £750m in 1997 to £3.4bn in April 2010, with customer loyalty boosted by Leahy’s launch of the successful Clubcard scheme.

That success was reversed under Clarke – news broke in April 2013 that Tesco had seen its first drop in yearly profits in nearly 20 years. After that, like-for-like sales continued to fall, with a 5.5 percent drop seen between late July and October this year.

Clarke’s decisions – and his reputation for making the most of a CEO’s perks, like having a chauffeur – haven’t been the only factors driving Tesco’s decline. The rise in online supermarket shopping and the increasing popularity of discount supermarket chains is also playing a significant part according to analysts. In June, This Is Money reported that the UK grocery industry was experiencing its lowest growth levels in 11 years. Sainsbury’s new CEO Mike Coupe has seen sales fall after the departure of the much-revered Justin King. Lidl meanwhile reported a record-high year on year growth of 22.7 percent in June.

Accounting scandal
It was amid such a turbulent retail environment that Lewis accepted the challenge of taking the helm at Tesco, officially crowned CEO on 1 September. Just a few weeks later, however, the problems were compounded with the discovery of a profit hole believed to total a whopping £250m. The findings led to an investigation by Deloitte, which put the overstatement down to deals with suppliers and prematurely recording returns on promotions.

The news was a blow to the new CEO, and the situation went from bad to worse when, on 23 October, it was announced the profit hole actually reached £263m – 23 percent of overall profits.

Retail analyst Neil Saunders believes Lewis has handled the scandal well, attempting to look to the future while being open about the investigation. That openness forms part of a bid to change Tesco culture and improve transparency to avoid the types of scandal that have damaged the retailer’s reputation in the past – not least the horsemeat controversy that sent shockwaves out in 2013.

Lewis made his desire clear when he joined. After the profit hole was revealed, he wrote in an email to staff (seen by The Telegraph): “Turning our business around will require change in our culture … We want to work in a business which is open, transparent, fair and honest.”

That’s perhaps where Lewis’s appeal lay for Tesco – as the first outsider to take charge, he’s in a strong position to combat the culture that has been entrenched in Tesco for several years. But the company’s decision also lies in the fact there were very few suitable people available within retail for the role, according to Saunders.

Taking on somebody from outside is risky. Although Lewis does have a strong understanding of the products Tesco sells through his time at Unilever, he doesn’t have direct retail experience – something he self-depreciatingly mocks. “The bit that is interesting is that I have never run a shop in my life”, he said in an interview with The Standard, adding that that’s to his advantage: “great retailing in that seat hasn’t been the thing that has worked, so they do need a fresh perspective.”

Heading an FMCG firm is undoubtedly different to leading a retailer. “The pressures are a lot more immediate,” says Saunders. “You’re having to deal with the whole range of the proposition, including the selling environment.” And that lack of retail experience is even more evident on the rest of the board, which Lewis has recently attempted to bolster by appointing Mikael Ohlsson (former Ikea CEO) and Richard Cousins (former Compass CEO) as non-executive directors.

Those changes to the board are among the actions the new chief has already taken in his bid to rebuild Tesco. Other moves made include doing away with chauffeurs for senior directors, selling Tesco’s private jets and waving goodbye to laying out profit guidance (which caused the accounting scandal and ensuing loss in investor trust).

But that last move is ironic given his insistence on the importance of transparency for the future of the company. And besides a few broad intentions outlined (reducing the number of UK offices, reining in the number of in-store ranges and cutting Tesco’s debt), there’s been a further lack of transparency with regard to his specific strategy. “I don’t think you should look for me for a point in time when I’m going to stand up and declare a strategy for Tesco,” he told reporters, according to the BBC. “I think this a very dynamic business, and actually I’d like you to feel some of the changes before I talk about them”. He said that strategies are “constantly evolving” and that discussion of them would be kept between him and the management team (The Independent reported).

Lewis is optimistic about the future of Tesco. “This is a time for us to pull together as a total Tesco team, with a complete focus on our customers. The steps we’re taking can help deliver that,” he said in his email to staff.

It’s likely that customer focus, alongside what Saunders calls “quiet determination”, will serve him well as he climbs the Tesco mountain and combats the lack of consumer research that retail analysts consider partly to blame. If Lewis can harness the turnaround skills shown in his international experience at Unilever, get the right team on board and fulfill his promises of transforming Tesco culture, there’s every chance he can turn the struggling supermarket’s fortune around. But that change in culture depends on being more transparent in every way – including in his own plans.