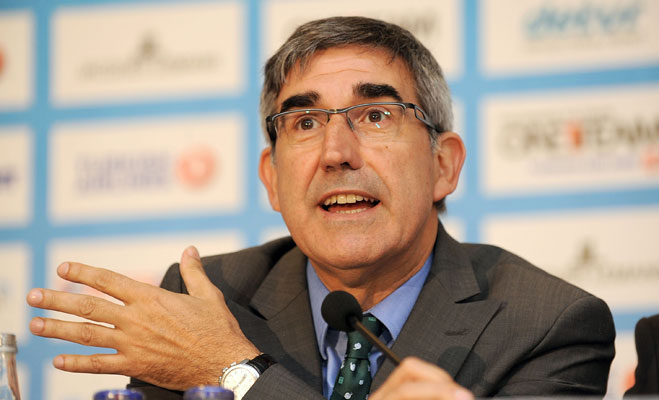 During the recent NBA lockout, Bertomeu was a key figure in determining that European clubs would not sign NBA players with existing contracts, due to the fact that they would not likely be able to retain those players once the lockout ended. FIBA, European basketball’s governing body, state that NBA players can return and fulfil their NBA contracts once the strike was over. Bertomeu could have taken a chance that some players would wish to remain, but he instead opted for stability.

To date, stability and strength have been a hallmark of his tenure as CEO. Bertomeu has stated that Euroleague clubs could be interested in NBA free agents who can commit to long-term play in Europe and elsewhere, but only for a full season or longer. The pressure to win in the Euroleague is great and having players bouncing on and off team rosters does nothing to help them achieve success. In fact, in a recent article in Sports Illustrated, Bertomeu is quoted as saying “. . . at the end of the day a team has to win. The team needs to win the championship.  That’s the competition level the European teams have.”

Another factor is, of course, wages. NBA players often have salaries that reduce or eliminate a club’s ability to negotiate with other players. However, the lockout itself, while not benefiting any one European club, could have an overall positive impact on the Euroleague, as European basketball was the “only game in town” during the lockout. Now that the NBA is back in action, it remains to be seen what impact the lockout had, but there will likely be increased interest in several of the leagues.

Bertomeu is even looking toward expansion into American markets, saying, “We are aware we need to move into these markets.” In a recent interview, he said, “We are never satisfied with the status quo. We are always seeking to improve and offer our fans a better Euroleague experience.” He has increased sponsorship, broadened markets and expanded the television distribution of the games, introducing many new fans to the sport. This, of course, attracts new sponsors, helps build the league and attracts top-quality players. Unlike the NBA season, almost every game in the Euroleague season impacts the final standings and the play is thus very intense from the first game through to the last.

Bertomeu is also using social media to stream games into countries such as China, which have not been traditional basketball markets. He is winning new fans and broadening the base, which is a fundamentally positive step for the future of the Euroleague.