A well traveled executive with a raft of experience to call on, the CEO of Alitalia knows the route to success, or so it seems 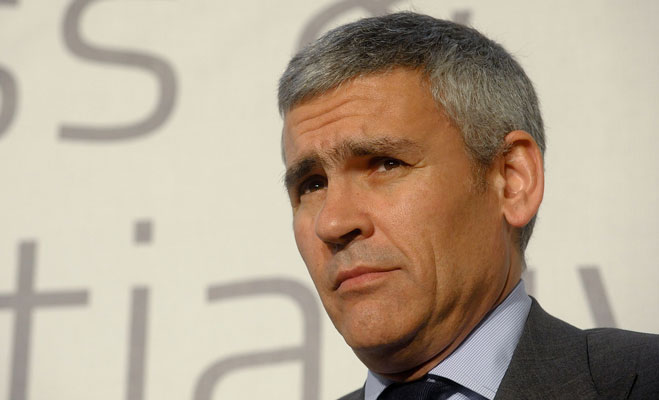 Andrea Ragnetti is a career executive who has served as CEO of two major international corporations. He is an expert in achieving fast financial and organisational turnarounds and has played a role in over 30 acquisitions. He has been employed in various strategic, high profile marketing positions where he played a key role in restructuring companies to be more creative and innovative.

Ragnetti’s career began at Procter and Gamble, from where he moved on to Reckitt Benckiser. Afterwards he was in charge of marketing at Telecom Italia before he took up a position as Global CMO at Royal Philips Electronics. He eventually became the CEO of the Consumer Lifestyle division at Philips.

Ragnetti spent his childhood years in the small historical Italian town of Perugia. This, he says, is where he learned to appreciate art and history. He played basketball professionally, spent many hours reading and dreamt of one day exploring the world.

He studied political science and wrote his thesis at a London university – his first extended period away from his hometown in Italy.

Andrea began his working life at Procter and Gamble, which he describes as “an unrivalled school of marketing and basic management skills.” His first few working years were spent in Rome, after which he requested for an international posting. The company subsequently sent him to Lisbon.

This is where he realised how much he enjoyed working in a relatively small subsidiary of a major international corporation, allowing him the opportunity to develop a wide range of skills. It is also during this period that he realised that Procter would never allow him to fully develop his entrepreneurial skills – so he decided to leave and take up a position at Reckitt Benckiser in Paris.

He spent a number of years at Reckitt in Paris before deciding to return to Italy to begin his own small business – the dream of many corporate managers. He describes this as a unique experience where he learned many new skills.

His next venture into the corporate world was when he was offered the position as CMO of Telecom Italia. During his period with the company it went through a hostile takeover, but this was also where he got the opportunity to manage a significant part of one of Italy’s biggest companies.

When the company was taken over by Pirelli, he left, took his wife and children on a six month world tour and eventually ended up accepting a position at Royal Phillips Electronics in Amsterdam.

He held a number of key positions at Philips, including that of Global CMO, member of the board and CEO of two major divisions. During this period he was in charge of the merger of two Philips consumer businesses into a single €13bn enterprise – something which he considers as a highlight of his career.

In late February Ragnetti was appointed by the board of directors of Alitalia as the new CEO of the Italian airline. He replaced Rocco Sabelli.