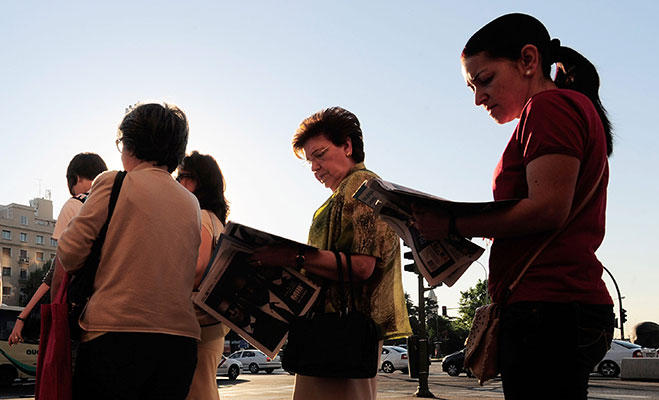 Madrid has also announced it will take further measures to meet its ambitious deficit reduction targets for this year.

The number of people registered as out of work was down by 98,853 in June, compared to the previous month, according to data from the Spanish labour ministry. This was the biggest fall in June since records began in 2006.

Engracia Hidalgo, secretary of state for employment, said: “June is traditionally a good month for jobs, but this has never reached a decrease of almost 100,000 people”

This was a 2.1 percent drop in unemployment, bringing the total figure down to 4.62m people.

Unemployment levels dropped across the board in European countries. Spain’s unemployment figures remain the highest in the EU, but the number of unemployed under the age of 25 fell by 7.6 percent.

Madrid has also announced it is considering increasing energy, propery and consumer items taxes in a further attempt to reduce its deficit from 8.9 percent of the GDP in 2011 to 5.9 percent by the end of this year.