As part of our female innovation series, we explore the work of Karen Dolva, who has created a robot to help children with long-term illnesses cope with loneliness 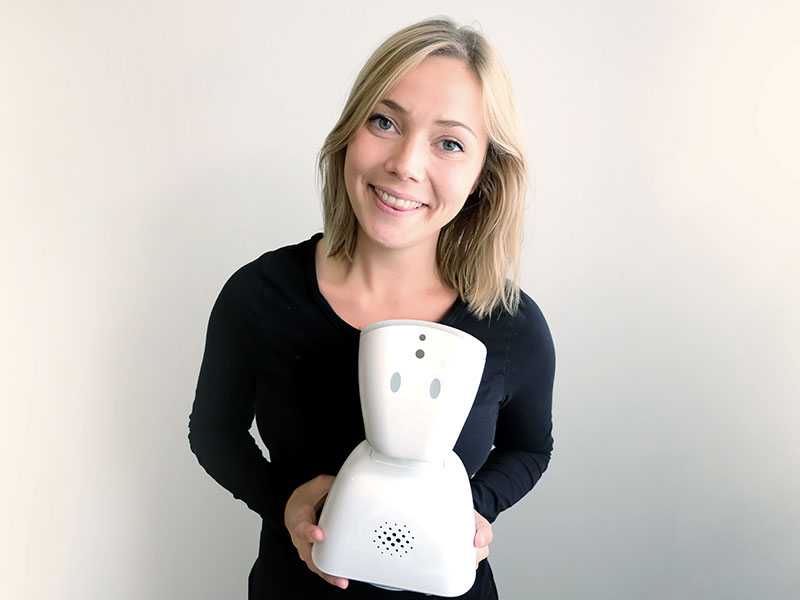 As a young, eager student doing computer science and interaction design at Norway University, Karen Dolva’s head was always full of ideas for business projects. When she finished her course, she co-founded a tech incubator, which flourished.

For most people, starting one business would have been enough, but Dolva was inspired to begin another after she met Anne Fi Troye in 2005, a mother who’d tragically lost her teenage daughter to cancer. Dolva learned what a lonely place hospital had been, and thought about ways she could improve the situation using her expertise.

In her research, Dolva discovered that many children with long-term sicknesses find themselves shut away from the world for long periods of time. This motivated Dolva to start No Isolation.

Dolva discovered that many children with long-term sicknesses find themselves shut away from the world for long periods of time. This motivated Dolva to start No Isolation

Through this company, Dolva, along with the other two co-founders, has developed a cute customisable robot named AV1, which comes with a 4G network, microphones, motors, a number of outfits and a one-way camera to enable kids to keep in touch with anything from lessons to friends’ sleepovers. It’s also drop-proof and very cuddly.

Equipped with her super-technical co-founders, Dolva said: “We knew we could build just about anything and, after becoming aware of this major problem, there was no way we could sit back and do nothing.”

By speaking with hospitals, schools, parents and children, they were able to find out what wasn’t working. Dolva said: “I could not believe that people were making things without bringing their users into the loop from day one. Focusing on the core user group of a product makes all the sense in the world to me.” By 2015, they had launched No Isolation.

Dolva shrugs at the suggestion that her work is altruistic: “We are fundamentally dependent on others and socialising should not be reserved for those that fit perfectly into the norm.”

As for being a female in a male-dominated tech industry, Dolva says she wouldn’t change being a girl for anything: “Whereas men get the benefit of the doubt I need to push a little extra.”

What does wrinkle her brow though is when attributes she appreciates in herself, namely “being unafraid, tough and good at sales”, are ascribed as being male traits. “That is just wrong: those are my very female and feminine sides and I refuse to give the guys credit for them,” Dolva said.

Dolva hopes the next innovation will look at the isolation of older people, though definitely not using a robot.