Uganda’s female workforce is crucial to a prosperous economic future

As Northern Uganda looks to rebuild its economy following years of violent conflict and upheaval, women are set to play a crucial role in driving the region’s businesses forward 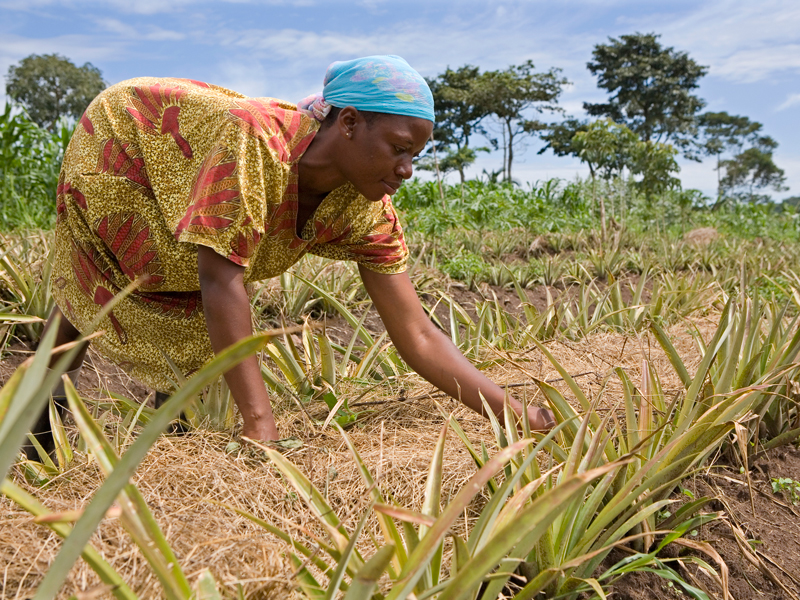 Uganda has an annual sugar surplus of 36,000 tonnes, which means the nation is primed to become a major sugar exporter within East Africa
World View

The experience of migration – especially during one’s formative years – can have a profound effect on a person’s world view and perception of their surroundings. Like many migrant people, my family spent several years on the move, relocating to new cities, regions and even countries over the decades. My clan, known as the Isaaq, originates from Somaliland, which was a British protectorate at the time of my family’s first relocation. Initially, they migrated to the garrison town of Isiolo in Kenya, before dispersing to other towns in the Great Rift Valley to work as labourers on colonial farms.

As fate would have it, duty came calling once again in the early 1950s, when my family was uprooted from its home in Naivasha and moved to the frontier town of Bungoma in Western Kenya, just a few kilometres from the Ugandan border. Now, looking back at my family’s origins and history of migration, it’s clear that this story of upheaval and emigration has continued to influence my outlook to this day, and has been a source of great inspiration during my career as a businesswoman and entrepreneur.

Bright beginnings
In Bungoma, where I grew up, there was little attention placed on girls’ education, with young women often socialised for marriage instead. My sisters and I, therefore, received little formal education, with my own studies coming to an end after my fourth year of secondary school. Fortunately, in spite of the limited opportunities presented to me and my sisters, our mother saw to it that we continued learning outside of school and began involving us in the running of the family business.

During our free time, our mother would make us take turns managing the family shop, ensuring the stock records were up to date and well documented. One of my favourite jobs was to count nails and weigh them out for the many construction workers that thronged our shop – at the time, there was a construction boom in the area, with many migrant workers moving to our small town and businesses along the Kenya-Uganda border thriving.

Many years later, when I permanently moved to Uganda to pursue my own business interests, I would recall the many lessons I learned from my mother in our family shop. Her teachings have stayed with me throughout my life and career, and her diligence, patience, eye for detail and, most importantly, her steadfast belief in women’s potential continues to inspire me in everything I do.

Today, all of the companies within my business portfolio aim to give female employees this very same level of guidance and support in the hopes that they make a real success of their own careers. We believe that by supporting women in this way, we are not only tapping into a vast resource that may have otherwise lain idle for many years, but we are also helping our employees to enjoy greater financial independence and stability than they might have experienced before.

Grand ambitions
Among my current portfolio of projects – which is organised under my company, Horyal Investment – the Atiak Sugar Factory in Northern Uganda is a particular highlight. For more than 20 years, this area of Uganda has been blighted by violent conflict, displacing citizens from their traditional villages and leaving many living in highly congested, disease-ridden and poorly managed temporary camps. This mass population movement left Northern Uganda largely barren, all but destroying the livestock and agriculture-based economy that had traditionally sustained the region. As such, many citizens found themselves unable to earn adequate incomes to cover their education, healthcare and household expenses, while businesses within the area became severely constrained.

In recent years, though, the region has returned to relative peace after decades of brutal insurgency, with the economy of Northern Uganda slowly starting to rebuild thanks to ambitious projects like the Atiak Sugar Factory. Spanning more than 16,000 acres, the factory is set to create thousands of jobs for local residents in the Amuru District and hopes to kick-start economic recovery in the region. What’s more, the Atiak Sugar Factory intends to achieve this goal by empowering women to become the main suppliers of sugarcane to the factory. To date, we have mobilised 5,000 women to form a farmers’ cooperative union that will represent outgrowers. When fully operational, the factory will have the capacity to produce 50,000 tonnes of sugar every day, using sugarcane exclusively supplied by the women working in our cooperative. As the first major private investment in Northern Uganda since the cessation of hostilities, the Atiak Sugar Factory seeks to address a number of issues and inequalities, but empowering female workers is certainly a priority.

With the latest data from the Ministry of Trade, Industry and Cooperatives showing that Uganda has an annual sugar surplus of 36,000 tonnes, the nation is primed to become a major sugar exporter within East Africa. In fact, Uganda has already signed export deals with the neighbouring nations of Kenya and Tanzania. Furthermore, as the Atiak Sugar Factory is based just a few kilometres from the South Sudan border, it is well positioned to supply this huge market, which has sadly been plagued by civil strife in recent years.

Cultivating equality
As a businesswoman and entrepreneur, the causes of female empowerment and girls’ education have always been close to my heart. I have used my platform at local and international business forums to promote these issues and to share ideas on how we can do more to support women in all areas of business.

What’s more, as the deputy chairperson of the Uganda Women Entrepreneurs Association, I strongly advocate the greater inclusion of women in business, and my activist work is something that I hold very dear. I am also a member of the Presidential Investors’ Round Table, which advises both the Ugandan president and the government on matters of business and investment, allowing me to raise these issues at the highest national level. Having been denied access to higher education as a child, I am passionate about improving young girls’ access to education in Uganda and beyond.

Alongside my advocacy work, I have been working closely with a number of local women’s groups in Uganda, donating more than 3,000 acres of land for sugarcane cultivation. In addition to providing this land, I have also ensured that these new sugarcane farmers receive the requisite training to safely produce high-quality sugarcane for the factory. As commercial farming is new to many women in Northern Uganda, this training is of the utmost importance, with experts in agriculture and animal husbandry being brought in to provide practical demonstrations and instruction.

Within just a short space of time, the Atiak Sugar Factory has brought renewed hope to a region that has been ravaged by violent conflict. By empowering women to enter the workforce, it has allowed female workers to make a positive economic contribution – not just to their immediate families, but also to the wider region and Uganda as a whole. As the nation moves towards a much brighter future, I firmly believe that women will be at the very heart of Uganda’s economic transformation.