Europe must answer the climate call once again

Europe has been a pioneer in the global commitment to control climate change. It must take up the mantle once again to achieve zero emissions by 2050 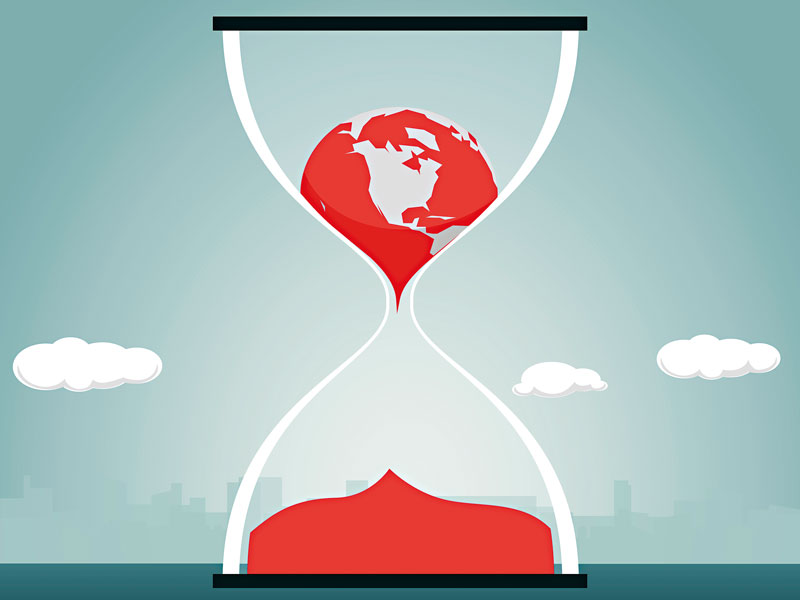 According to the UN, around 80 countries have already indicated that they will ramp up their climate commitments at this year’s summit
World View

In early 2015, the EU became the first major economy to set a post-2020 target for limiting greenhouse gas (GHG) emissions. By committing to reducing emissions to at least 40 percent below 1990 levels by 2030, the EU initiated a global movement that culminated in the adoption of the Paris climate agreement later that year.

In June, the EU had an opportunity to take up the banner of climate leadership once again. EU leaders are currently discussing the bloc’s approach to the United Nations Climate Action Summit this September, which UN Secretary General António Guterres hopes will serve as a political launchpad for a new round of commitments to cut GHG emissions.

The European Council must get the ball rolling by adopting the 55 percent reduction target that the European Parliament endorsed in March. This is a time for bold action, not incrementalism. Recognising that the initial targets fell well short of what was needed, the Paris Agreement requires participating countries to revisit their earlier commitments every five years. Governments have committed to strengthening their targets to reflect their “highest possible ambition”, and the first such revision is due by 2020.

Heading towards crisis
According to the UN, around 80 countries have already indicated that they will ramp up their climate commitments at this year’s summit. Recent announcements by the UK, Japan, New Zealand, Chile, Finland and Costa Rica show that these governments have heard the call. And China and India, two of the world’s largest and fastest-growing economies, have confirmed that they are ahead of schedule in meeting their initial targets, which suggests they could deepen their commitments over the coming year. The EU must seize the moment and take advantage of emerging opportunities to decarbonise the global economy even faster.

The scientific consensus on climate change underscores the danger of complacency. Global average temperatures are already one degree Celsius higher than in the pre-industrial era and are continuing to rise by 0.2 degrees Celsius per decade. A world that is 1.5 degrees Celsius warmer is just around the corner; if we continue along an irresponsible path, warming of two degrees Celsius or more is inevitable.

As the Intergovernmental Panel on Climate Change (IPCC) has made clear, economic growth in a world that is two degrees Celsius warmer will be much slower than in one that is 1.5 degrees Celsius warmer. And it should go without saying that the impact of rising sea levels, raging forest fires, acidifying oceans and extreme weather will be more severe, more regular, and far costlier.

The IPCC finds that, to avoid the worst, global GHG emissions must be cut to 45 percent below 2010 levels by 2030 and then to net zero by 2050. Yet, despite repeated warnings from climate scientists, global emissions are still rising, including in Europe. As the UK and Irish parliaments recently acknowledged, following protests by young people around the world, we are facing a climate emergency.

Plan for success
For its part, the EU is working on a plan to achieve net-zero emissions by 2050. But while long-term decarbonisation strategies are welcome, they are no substitute for short-term measures and they should not be considered a panacea for global warming. Timing is everything, and without a transformational effort to halve global emissions by 2030, we will not be able to count on a safe future.

Fortunately, the EU is well positioned to lead the way. New renewable energy and efficiency targets established last year have put the bloc on track to reduce emissions by 45 percent by 2030 compared with its 2015 target of 40 percent. Better yet, there is strong evidence that the EU could go even further. A recent report by Climate Action Tracker found that bigger cuts in GHG emissions from the EU’s electricity sector, residential buildings and passenger road and rail transport systems would reduce total emissions by 52 percent by 2030.

It is important to remember that pursuing even more ambitious emissions cuts would not imply an additional burden. On the contrary, it would provide a pathway for economic renewal, improved quality of life and reduced energy poverty, which currently afflicts 50 to 125 million Europeans. According to the Climate Action Tracker report, emissions reductions in line with a 1.5 degrees Celsius warming target would create 350,000 more jobs by 2030, particularly in the wind and solar energy sectors.

We could not have secured the Paris climate agreement in 2015 without the EU’s leadership in setting early, ambitious targets and in helping to bridge diplomatic differences. Now, it’s crunch time, which means that Europe must rise to the occasion once again.