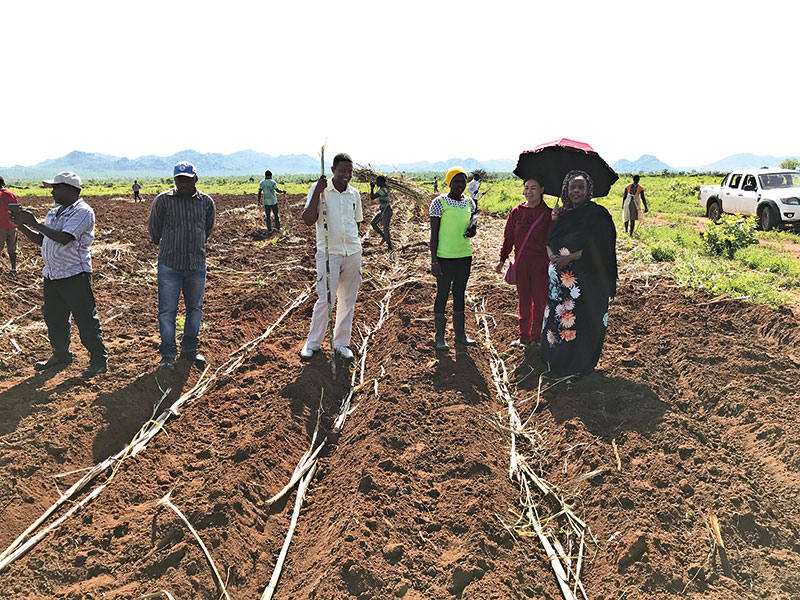 For decades, the Northern region of Uganda suffered extreme chaos and turmoil at the hands of the Lord’s Resistance Army (LRA). This rebel organisation, which was previously listed as a terrorist group by the US Government, has been accused of kidnapping, murder and sexual slavery – horrific acts that have led to whole populations being devastated, divided and displaced.

The LRA’s disruptive activities also caused severe underdevelopment in the region, with little to no economic progress being made during its lengthy insurgency. Agriculture was largely neglected, while those few who did engage in farming did so solely for subsistence. It was a huge relief, therefore, when government forces eventually forced the remnants of the LRA into the jungles of South Sudan and the Central African Republic, creating a suitable environment for lasting peace to take hold.

As the political situation stabilised, attention soon turned to the region’s economy, prompting debates over how to rebuild local industry in a durable manner. As one of the leading female investors in East Africa, I saw an opportunity to revive agriculture by establishing a sugar factory in the town of Atiak in Uganda’s Amuru District.

Early development
I was born in Bungoma in the Western Province of Kenya, where my mother, Sarah Hersi Ali, continues to be a leading businesswoman. While I received a basic education in my hometown, there was little opportunity for me to reach the upper echelons of academia, as education was not regarded as a priority for young women in the local community.

Fortunately, my mother’s entrepreneurial drive inspired me to take a different path and I enrolled in an accounting school, where I cultivated my own commercial acumen. This has helped to shape my career as a businesswoman and investor.

My first venture was the establishment of a hardware store in the bustling Ugandan capital of Kampala. The shop opened in the late 1990s after the country’s economic environment steadied. I have since expanded my portfolio – which is organised under my company, Horyal Investment – to include the multimillion-euro Oasis Mall in the city’s central business district and the Laburnam Courts Apartments, which are located near Uganda’s parliamentary buildings.

These developments have provided employment to more than 6,000 people (mostly women) in Kampala and have been admired by several African heads of state. In fact, leaders from Uganda, Kenya, Malawi and Zambia have all personally visited the projects to witness first-hand the transformative effects they have had on the city and its people.

Sweet success
The Atiak Sugar Factory has been a departure from my previous projects, but one that I hope will bring significant prosperity to the region. Located more than 300km from Kampala, in the Amuru District of Northern Uganda, the factory will occupy 16,000 acres and is expected to be fully operational later this year.

Sugar will be the first major industry to be rebuilt after the cessation of hostilities in Northern Uganda, where thousands of people were displaced by the brutal war waged by Joseph Kony’s LRA rebels. The construction of this factory is a milestone in facilitating that recovery and will create thousands of jobs for local workers.

What is particularly unique about the Atiak Sugar Factory is its focus on empowering women to become the main suppliers of sugarcane in the region. We have mobilised local women to form a farmers’ cooperative union that will represent outgrowers. So far, we have more than 5,000 farmers signed up and have made 3,000 acres of land available for sugarcane cultivation. What’s more, we have partnered with the Uganda Women Entrepreneurs Association (UWEAL) in a bid to further develop Northern Uganda. UWEAL’s objectives align with our own, so we are very excited to be pursuing this project together.

When fully operational, the factory will have the capacity to produce 50,000 tonnes of sugar on a daily basis, using sugarcane entirely supplied by the farmers in our cooperative. This will ensure there is plenty of work to support the local economy. The Atiak Sugar Factory will also employ more than 1,500 workers, presenting further opportunities for those living in the Amuru District.

Public backing
The project has not been without its challenges, though. As part of the development, Horyal Investment has been forced to dig deeper into its pockets to finance the construction of feeder roads and the expansion of local infrastructure.

Fortunately, the government quickly recognised the factory’s potential and invested $5.5m (€4.92m) in exchange for a 10.1 percent stake. We are extremely grateful for this investment, as it has not only facilitated our rapid progress in terms of construction, but has also contributed to the creation of a more fruitful public-private partnership, which was necessary to make the Atiak Sugar Factory a success.

Hopefully, our partnership with the government will pave the way for fellow investors to build hospitals, technical schools and other social infrastructure projects that will further aid the economic recovery of this community. We have already made progress in this area by hiring extension workers to teach local communities core cultivation skills, such as mixed farming and intercropping.

This ensures there is sufficient food for locals, while farmers can make money by growing sugarcane. We also strive to teach better financial management practices to outgrowers, organising them into savings and credit cooperative societies so that they can have better bargaining power when buying farm equipment and supplies.

The main goals of the Atiak Sugar Factory extend well beyond profit: instead, we are aiming to transform a devastated community into a strong and thriving local economy. One of the primary objectives of all Horyal Investment’s business ventures is to empower women by presenting opportunities in sectors that have previously been dominated by men.

With the Atiak Sugar Factory, we have gone one step further, ensuring women – and their families – are financially independent. We believe through projects like this, we can have a lasting positive impact on the lives of people in the Northern region of Uganda.