Football (brands) a church to the masses

How did Barcelona, Real Madrid and Manchester United ever get to become such big brands? And how does commercial potential translate to success on and off the field? 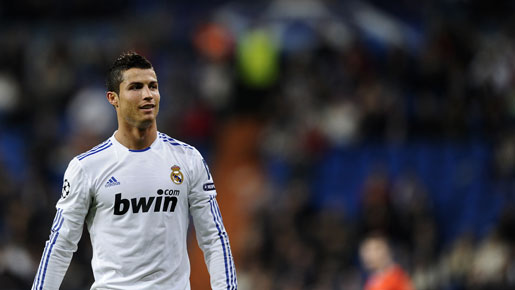 This is an accountant free zone – welcome to the world of European football. Adorned with wealth, fast cars, mansions and yachts, the footballing elite hold a power that money can’t buy.

AC Milan, Barcelona and Manchester United boast more than 100,000 million supporters between them.

They sustain the employment of tens of thousands of people – from the Galitico superstars that grace the hallowed turf of Real Madrid’s Bernabéu, to the food vendors and cab drivers plying their trade in the shadows of Munich’s Allianz Arena. Like Kings of Europe, the managers, owners and chairmen are royalty, running the clubs that are worshiped by fans around the world.

Russian oil magnate Roman Abramovich, owner of Chelsea FC, is one of the most famous and feted. He is listed by Forbes as the fiftieth richest person in the world. A resident of London, his wife shops at Sloane Street boutiques for Armani, Gucci and Prada. The lifestyle of club elites – ‘Mourinho of Madrid’ and ‘Moratti of Milan’ – reads like a fictional chapter from a James Clavell novel.

The Abramovich’s London apartment is worth £5m. They own a 425-acre estate in West Sussex, a villa in the fashionable resort of Saint Tropez, in the French Riviera and another home in Anadyr, the capital of Chukotka. Like any billionaire football owner, cars and yachts are among some of Abramovich’s favourite purchases.

The 21 Century Kings of Europe have successfully crafted these values into ‘global brands’, turning the likes of Beckham, Kaka and even Jose Mourinho into priceless, global, iconic, infallible gods. Abramovich’s former star manager, Mourinho signed up as chief dream-maker to Real Madrid in May, 2010. He confidently expects to produce Europe’s top team within three years. Regarded by some as the best football manager in history, he gave his most famous performance in a press conference when he arrived at Chelsea in 2004, when stating with some confidence: “Don’t call me arrogant, but I’m European champion and I think I’m a special one.”

Like any cult leader, he is famed as much for his fashion sense as his football. He likes money too. So much so he spent £200m in three years under Abramovich. He will spend a great deal more for Madrid, having left his luxury lakeside villa, behind on Lake Como, in Italy, along with his Inter Milan team, just crowned European champions.

Turnover
Madrid has one of the highest turnovers on world football and will not baulk at handing over finances for new players. Like any growing business, the FC model falters when the cash dries up. Fortunately revenue has doubled at Madrid in the last seven years. Home ground ticket sales are the third highest in Europe, with the Santiago Bernabéu holding a capacity of 80,354. A key to the club’s financial success is stadium improvements, which have seen an increase in corporate hospitality – a major income driver.

Spanish clubs sell their TV rights individually, and in 2006 Real Madrid signed a seven year deal with Spanish film and TV company Mediapro for a reported record €1.1bn. And then there are the sponsors. Partners include Coca-Cola and Audi. A deal with Adidas alone in early 2007 generated €762m. In 2009, the management announced plans to create dedicated theme park by 2013. Diversification plans are never far from the reach of the richest clubs.

Stadium developments have been key to Barcelona’s push to become a global brand. The club already has a theme park, an arena and an ice hockey rink. It shares almost as many fans worldwide as Madrid, with close to 300 million. Inter Milan is another with ambitions to build a new ground for the 2012–2013 season. Billionaire businessman Massimo Moratti, president of the newly crowned Europe champions, recognised fast that life goes on without Mourinho.

Stadium development will allow commercial and game day revenues to increase. Inter’s current home, the Giuseppe Meazza is owned by the city of Milan, which takes about half of the revenue earned from game day tickets.

Inter revenue
According to The Football Money League published by Deloitte for the 2008–09 season, Inter’s revenue was €196.5m, ranking the club ninth, ahead of its biggest rival AC Milan. Bayern Munich was the fourth richest club in the world in 2009, €289.5m revenue, according to the same guide.

In England, the wealthiest teams are dominated by rich owners like Abramovich. Manchester City has Abu Dhabi United Group. Manchester United is owned by the Glazer family. The club began a new four-year shirt sponsorship deal with Aon – the Chicago-based insurance broker – on June 1, 2010. It was one of the biggest in English football history, and was almost certainly linked to the club’s status around the world as the largest supported. Aon is a $10bn company with 500 offices in 120 countries, but isn’t as well known as it would like to be.

“United are on TV in 226 countries, with nearly three billion viewers for our games last season, as well as a huge web presence,” said United’s commercial director Richard Arnold. “So partnering with us will help Aon become a hugely recognised, familiar brand.”

Footballing dream
But it’s not all about ownership – control is a big part of living the footballing dream. Despite being officially dubbed the ‘biggest spender in sport’, Real Madrid President Florentino Pérez is a self-made billionaire.

Unlike some of Spain’s business class, which has been inherited by wealthy clans, he worked his way to the top. Most of his fortune was made building roads and houses. He employs 145,000 people worldwide through his construction company and is listed by Forbes as being worth $1.8bn.

Pérez based his footballing strategy at Madrid on big name signings and high marketing potential around the world – especially Asia. That’s why he signed up the likes of Figo, Zidane, Beckham, Owen and Ronaldo. It was a model that worked on the bank balance as well as the pitch, thrilling the crowds and winning the team the top domestic and European trophies. And football for the fans benefits the masses too. For those living and working outside the stadia, success is good news.

Renewal
Perez kick-started a complete renewal of the Santiago Bernabeu Stadium, investing €127m over five years. This led to the Bernabeu achieving UEFA’s Elite Stadium distinction, which meant it could host the 2010 Champions League final, generating more income for the City.

Perez was also the creator of Real Madrid City at Valdebebas, one of the world’s most prestigious, state-of-the-art sport facilities. The first stone was laid on May 12, 2004 and the City was inaugurated in 2006. It is the largest sports centre ever built by a football club and covers 1,200,000 sq m, 10 times bigger than the old Real Madrid City.

Perez’s greatest rivals are of course Barcelona FC, the club many consider today to be the greatest in the world. In 2009, Barcelona became the first football team ever to win six out of six domestic and international competitions in a single year. Barcelona is the world’s second richest club in terms of revenue (€365m) behind Real Madrid. The city’s economy is closely linked with its sporting tradition. Two UEFA stadiums include the FC Barcelona Camp Nou, which is the largest in Europe holding a capacity of 100,000.

Manchester’s reputation as the fastest growing city economy in the UK is also due to its footballing heritage and ongoing success. As a leader in terms of ‘cities of sport’, it claims to rival Barcelona, Madrid, Milan and Munich – especially as United insists it’s officially the most supported club, and City the richest. But then whose counting?