Concorde: nothing more than a footnote in Europe’s history

A group of enthusiasts want to relaunch Concorde. But, asks Jules Gray, is it financially viable? And do business travellers really need to get across the Atlantic so quickly these days? 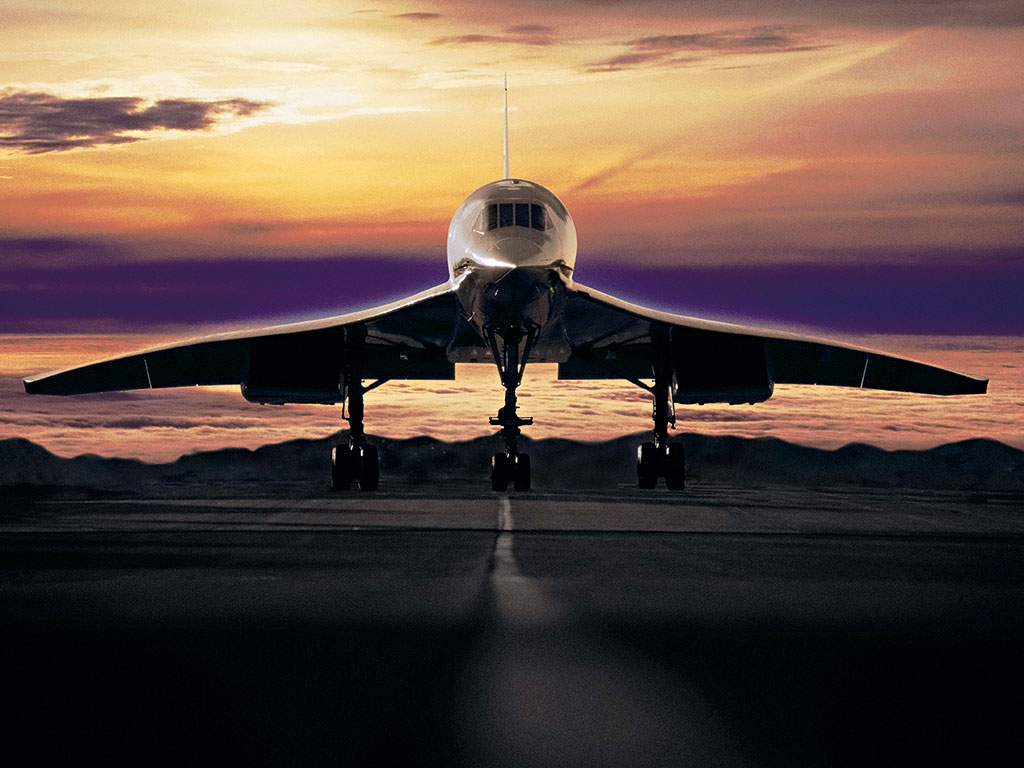 It was once considered the height of luxury and the leading example of British and French engineering prowess, but Concorde – the supersonic aircraft that’s been grounded for 17 years – seems to now be a relic of a very different time.

However, plans are afoot to restore the high-speed aircraft to the skies. A group of enthusiasts have raised enough money to put a couple of jets on display, reminding the public of these once-great pieces of technological achievement. But many in the industry wonder whether there remains a place for such extravagant and high-speed air travel in an industry beset by budgetary and environmental issues.

It was the most beautiful airliner yet built, a technical tour-de-force, an aerodynamic masterpiece. It was a rare glimpse of a future that never quite happened

Unwavering enthusiasm
The group behind the potential relaunch of the aircraft, Club Concorde International, is run by a number of ex-captains and charterers with a passion for its history and for restoring its presence in the skies.

In July, the group secured a £40m investment package from a number of UK-based businesspeople, which it plans on using to put two jets on display in London and Paris. In London, the project will see a Concorde jet placed on a platform on the River Thames, in full view of tourists near the London Eye. A later scheme will see a jet placed on the River Seine.

At the same time, the group also announced a potential reserve fund of £120m from both UK and global investors, for possible future Concorde flights. This project is aimed at proving that Concorde would be able to return to the skies and be commercially viable.

The group’s president, Paul James, said in a statement that it was the two relatively modest river schemes that would ultimately entice further investment towards returning Concorde to service. “We toyed with the idea years ago but quickly realised that the only way sufficient finance would be forthcoming was by proving to potential investors that we as a group could create a less ambitious but commercially viable Concorde project, hence the London project, which so impressed our investor that he immediately decided to offer the additional funding for a similar project over the Seine, in central Paris.”

Annals of history
When Concorde first soared into the sky in 1969, the jet offered a tantalising look into the future of high-speed air travel. When it entered service seven years later, it was one of only two supersonic jets to have ever operated commercially.

The development of the aircraft was a combined engineering effort between the UK’s British Aircraft Corporation – a precursor to BAE Systems – and France’s state-owned Aérospatiale, which has since become part of what is now known as the Airbus Group. It came about thanks to a treaty between the British and French governments to develop a supersonic passenger jet that would revolutionise air travel and provide an easy route to the US and other faraway markets.

While both governments enthusiastically backed the project, it ran at a considerable loss. Just 20 aircrafts were constructed, with only 14 of those entering active use – the remaining six were used for testing. Both countries’ national flag carriers – British Airways and Air France – received an even split of the commercially usable aircraft. Because they had seven planes each, and the cost of producing them was so high, the airlines received substantial subsidies from their governments for buying them.

The two airlines operated Concorde flights from London Heathrow and Paris Charles de Gaulle airports to three destinations: New York JFK, Washington Dulles, and Barbados. The journeys took half the amount of time traditional flights took, which meant that prices were substantially higher. However, because of the prestige and novelty of flying on such a plane, the service eventually became profitable.

Disaster strikes
Concorde faced trouble, however, when one of Air France’s services – flight 4590 – crashed shortly after taking off from Paris on the afternoon of July 25 2000. The tragedy led to the death of all 100 passengers, nine crew members, and an additional four people on the ground. As a result of the crash, all Concorde flights were grounded, with an investigation launched into various safety issues. However, up until that point, the planes had been considered some of the safest in the world.

The investigation that was eventually reported in 2002 found that the jet was airworthy, and the cause of the crash was a tyre striking a metal strip that was on the runway, having fallen from a previous plane. While services resumed in November 2001, all Concorde planes were ultimately retired in 2003.

Although the crash proved to be one of the biggest contributions to the death of Concorde’s career in the skies, in reality the jet was in slow decline for many years before 2000. Air France had been operating its Concorde flights at a considerable loss for a number of years, but continued to do so out of a sense of national pride. By contrast, British Airways had managed to run its services at a profit, netting around £30m each year.

Cheap travel
While the tragic disasters that struck Concorde hastened the aircraft’s grounding, the high price of flying is the biggest reason why it might struggle to get off the ground again. Indeed, flights from London Heathrow to New York JFK typically cost around $6,500, which would be a little over $9,000 today. Few people would be able to afford such an expensive ticket, and certainly few cash-strapped businesses would sanction any of their executives taking such a trip.

At any rate, the advent of cheap air travel shortly before Concorde’s demise hints at the way the industry was moving away from pricey, luxury travel. While Concorde offered businesses and wealthy travellers a quick route across the Atlantic, over the last 15 years budget airlines have sprung up to bring air travel to the masses. The likes of easyJet and Ryanair have shaken up the established airlines over the past two decades, pushing down prices and allowing many people that previously couldn’t afford to travel by air to do so frequently. It showed that the vast majority of travellers are much more concerned with cost than speed or luxury.

At the same time, other forms of technology have meant there isn’t such a need for high-speed air travel. The wealthy types who would traditionally hop on a Concorde jet in London to make it in time for a same-day business meeting in New York are now much better connected than ever before. The need for face-to-face meetings is diminished because the internet has made long-distance communication so much easier.

And now there are more and more internet-connected airlines, which has meant the need for speedy trips between Europe and the US has become even less pressing. People can now conduct business while in the air, meaning that many of the reasons for a high-speed flight – centred around allowing more time to work on the other side of the Atlantic – no longer exist.

On the cards
Concorde enthusiasts are many, with people longing for a bygone era of luxury and extravagant air travel. It represented an age where money seemed to be no obstacle to technological ambition, with countries competing to be the first to offer such innovation. Indeed, Russia launched its own jet – the Tupolev Tu-144 – shortly before Concorde’s first test flight. Unfortunately, a number of crashes led to the aircraft being retired in 1983.

For Concorde, the sense of excitement hasn’t completely waned, even though the desire for luxury high-speed air travel isn’t quite what it was, and many feel that people would be queuing up to fly on a new version. In a recently published book, Concorde: the Rise and Fall of the Supersonic Airliner, author Jonathan Glancey predicted a resurgence for » the once loved aircraft. “So many people miss Concorde [and it] could certainly fly again, given financial wings, while from a technical point of view there is nothing a team of expert and motivated engineers can’t tackle. For the moment, we should support it.”

Glancey added in his book: “It was the most beautiful airliner yet built, a technical tour-de-force, an aerodynamic masterpiece. It was a rare glimpse of a future that never quite happened and that people had dreamed of when young in the fifties, sixties and seventies. British trade unions, the French Communist Party and politicians of contrary persuasions were all fans of Concorde, while those who could never afford to fly it still loved the aircraft.”

Glancey certainly feels passenger demand for a relaunched Concorde would be strong. “It still tugs on heartstrings, like the Spitfire, Lancaster and Vulcan, all military aircraft, of course. Concorde could outfly pretty much every contemporary military aircraft in level, long-distance high flight. There would be no shortage of passengers queuing up to fly on board a revived Concorde.”

Indeed, among the enthusiasts for Concorde are business entrepreneur and Virgin Airways founder Sir Richard Branson. Two years ago, he wrote about how he had attempted to acquire the rights to Concorde from British Airways in 2003, after its “poignant and disappointing” retirement. Understandably, from his rivals’ perspective, the offer was rejected.

Branson wrote: “We actually fought hard at Virgin to keep Concorde flying. I still have a wonderful desk model of the plane in full Virgin Atlantic livery, but despite offering £1m for each aircraft (they were originally sold to BA by the British Government for a pound), sadly our friends at British Airways were having none of it and decommissioned the planes in a way that makes any chance of them flying again an unlikely prospect; they actually cut the wings off!”

For its part, British Airways still insists that Concorde is no longer viable to run. The airline said in a statement to the BBC two years ago: “We firmly believe that the technical and safety challenges of returning Concorde to the skies are absolutely prohibitive.”

While it may not be the most logical form of travel in an age where connectivity and price trump speed for travellers, Concorde represents an era where anything seemed possible. Returning this relic of the last century to the skies may never happen, but the supersonic jet should be remembered as an example of pure technological adventure and luxurious extravagance that is in little evidence today.