Consolidating IT infrastructure: driving down costs while improving operations 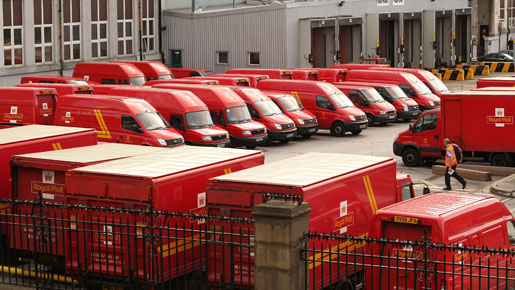 LeasePlan Corporation is one of the largest vehicle fleet management companies in the world. Historically, the IT infrastructure that supported its European business resided in 21 individual countries. This all changed in 2002 when it was decided to centralize the infrastructure in Dublin. LeasePlan Infrastructure Services (LPIS) was formed to undertake the consolidation programme and manage the centralized IT systems.

“We host LeasePlan’s core IT infrastructure, so if you’re leasing a car, completing a deal, invoicing and so on, it’s done effectively through us,” explains David Ryan, managing director of LPIS. “We also host and support 30 group-wide high-availability customer-facing applications, quotations and service reminders.” Mr Ryan says the consolidation project had two main drivers – reducing costs and building a single delivery platform to help the group follow through on its globalisation plans.

“We have a very strong focus on IT as a platform to enable flexible, streamlined delivery,” he explains. “One of the ways you do this is to centralize, so rather than having 21 sites, we have one big one in Ireland servicing the whole of Europe. In simple terms, consolidating IT infrastructure into one location requires a state-of-the-art, highly available and scaleable data center.

But rather than build and operate its own, LPIS decided to place its servers within a third-party facility owned and run by a specialist data center operator – an arrangement known as co-location. It’s a service that makes a lot of sense to companies with significant computing needs that don’t want to get bogged down in managing technology,” Mr Ryan believes.

In order to be able to cope with an actual disaster and comply with local and European business continuity requirements LPIS selected two co-location sites, one of which at Park West, Dublin was built and operated since 2001 by Interxion, a European data center services provider.

LPIS now houses all of its production, development and test equipment at Interxion’s site in Park West, in what is believed to be one of the largest IBM iSeries installations in Europe.

Ticking the boxes
To win the contract, Interxion first needed to meet the LPIS’s list of stringent criteria. Chief among these was security. “As a leasing organisation LeasePlan Corporation has a banking licence and as such regulatory compliance, and standards of governance and security are very high,” Mr Ryan explains.

Availability and scalability were also critical requirements. The growing popularity of the Internet has made it imperative that LeasePlan’s services are available to its customers around-the-clock. “Our business is very customer oriented. Our systems have to be available when people want to use them,” stresses Mr Ryan.

One of the company’s most heavily used applications, for example, is an Internet quotation system that allows customers to spec-up a car and then get a quote from LeasePlan. With LeasePlan’s extensive EMEA footprint it is imperative that the online services are available 24/7 in all time zones.

Another popular service is a fleet management application that allows drivers to enter their mileage. For example, Swedish postal workers log their mileage directly into the LPIS system every month.

As the IT consolidation programme progressed LeasePlan continued to expand its business. Since LPIS first placed its servers with Interxion in 2002, the size of its IT footprint has steadily increased to reflect the new countries covered and the organic growth within LeasePlan.

Interxion’s international reach and technical capability was a major point in its favour. If, for example, LPIS had a particular technical problem that required a customised solution, Interxion would be able to draw on technical expertise from across 11 European countries. Interxion was willing to be flexible too, and readily agreed to LPIS’s request to have a number of technical personnel working within the Interxion data centre and looking after the LeasePlan equipment. In fact, some nine LPIS staff are based there at any time.

According to Anthony Foy, Group Managing Director of Interxion, having LPIS technical personnel working within the data centre has helped forge an excellent working relationship between the two companies. “We are a very close-knit team,” he says. “The level of confidence demonstrated by LPIS in Interxion and its services is something we are very proud of as a Service Provider. This relationship has been forged through a mutual understanding of both business and technical requirements. We look forward to delivering the continued quality of service that LPIS demand.”