How Europe can learn from Japan’s demographic challenges 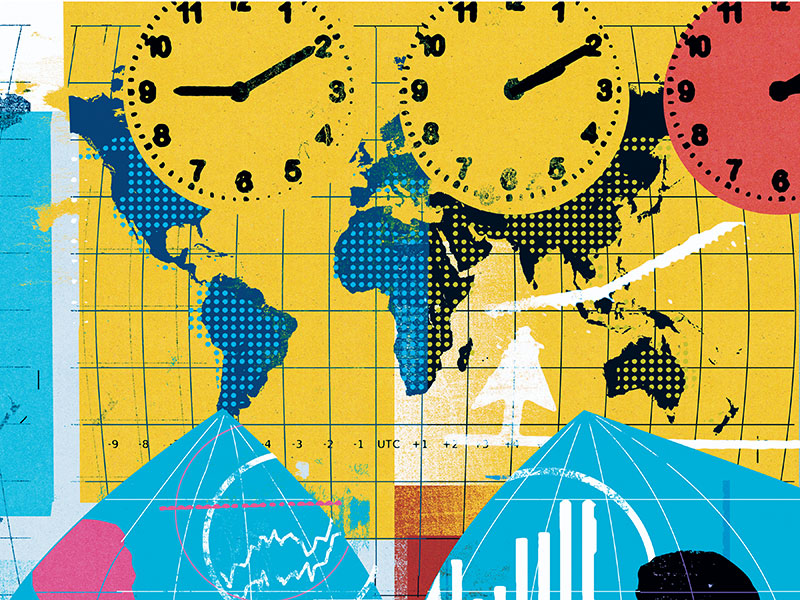 The eurozone’s working-age population has not grown at all in recent years, and will soon start to decline at a rate similar to that of Japan over the last generation
Finance

Demography is not destiny, at least not entirely. Over centuries, policy can affect fertility decisions, and migration can transform a country, as the experience of the US shows. Over shorter time periods, however, demographic trends must be dealt with as they come, and can have a profound impact on growth. Yet demographic factors are often neglected in economic reporting, leading to significant distortions in assessments of countries’ performance. Nowhere is this more apparent than in Japan.

With real output – the key measure of economic performance – having risen by only about 15 percent since 2000, or less than one percent annually, Japan seems the least dynamic of the world’s major economies. But given Japan’s demographics – the country’s working-age population has been shrinking by almost one percent per year since the start of this century – this result is remarkable.

Growth rate per working-age person is not widely used by economists, who instead focus on GDP per capita. By that measure, Japan is doing about as well as Europe and the US. But, while per capita indicators are useful for assessing a country’s consumption potential, they do not provide an adequate picture of growth potential because they include the elderly and the young, who do not contribute to production. Even in Japan, with its high life expectancy, those over the age of 70 do not contribute much to output.

Set to work
Given its rapidly declining potential, Japan has been extraordinarily successful, largely because it has put a growing proportion of its working-age population to work. Unemployment is at a record low of less than three percent, and almost 80 percent of those who can work have a job, compared to about 70 percent for Europe and the US.

Japan’s employment rates and high job growth over the last two decades is all the more noteworthy considering the near-permanent deflation it experienced during this period. This should give food for thought to those who maintain that deflation imposes unbearable economic costs.

Unemployment is at a record low of less than three percent in Japan, and almost 80 percent of those who can work have a job

The Japanese experience holds important lessons for Europe, where the demographic future looks a lot like Japan’s past. The eurozone’s working-age population has not grown at all in recent years, and will soon start to decline at a rate similar to that of Japan over the last generation. It seems unlikely that immigration will alter the trend.

In recent years, Europe, like Japan, has proved to be highly resistant to large-scale immigration, which is what would be required to offset demographic decline. Moreover, the eurozone has now settled on a current-account surplus of around three percent of GDP, a level that is similar to that seen in Japan (except for the short period in the aftermath of the 2011 Fukushima Daiichi nuclear meltdown).

Sustaining growth
The first lesson of Japan’s experience is that, despite the eurozone’s difficulty generating inflation in an ageing society characterised by excess savings, growth is not necessarily out of reach. Rather, given Japan’s record of growth without inflation, the European Central Bank (ECB) should recognise that its target of “close to two percent” inflation might not be so important after all.

In any case, the particularities of the eurozone’s structure mean that the ECB will have no choice but to halt its bond-buying operations in the coming years. This means that the ECB will not be able to follow in the footsteps of the Bank of Japan, which continues to purchase large volumes of government bonds without any visible pick-up in inflation.

Another lesson from Japan is that a country with a large savings surplus can handle a large public debt because it can be financed internally. That does not necessarily mean that it is desirable to run up the debt. Japan’s debt-to-GDP ratio now exceeds 15 percent of GDP (taking into account the large financial assets of government-owned savings institutions), and continues to rise owing to large fiscal deficits.

This brings us to a final lesson from Japan: in a low-growth economy, the debt-to-GDP ratio can quickly spin of out control. Fortunately, it seems that this lesson has already been learned, with the average deficit in the eurozone now amounting to only around two percent of GDP.

The deficit cap imposed by the Stability and Growth Pact (three percent of GDP) appears to have had at least some impact in terms of stabilising the debt ratio.

The structure of the eurozone imposes limits on the use of both fiscal and monetary policy. This should prevent the excessive build-up of debt, ultimately making it easier for the eurozone to manage a future in which the only way to sustain growth is to capitalise fully on the economy’s declining demographic potential.