The global economic outlook continues to darken, with the Organisation for Economic Cooperation and Development slashing its growth forecasts for the eurozone once again 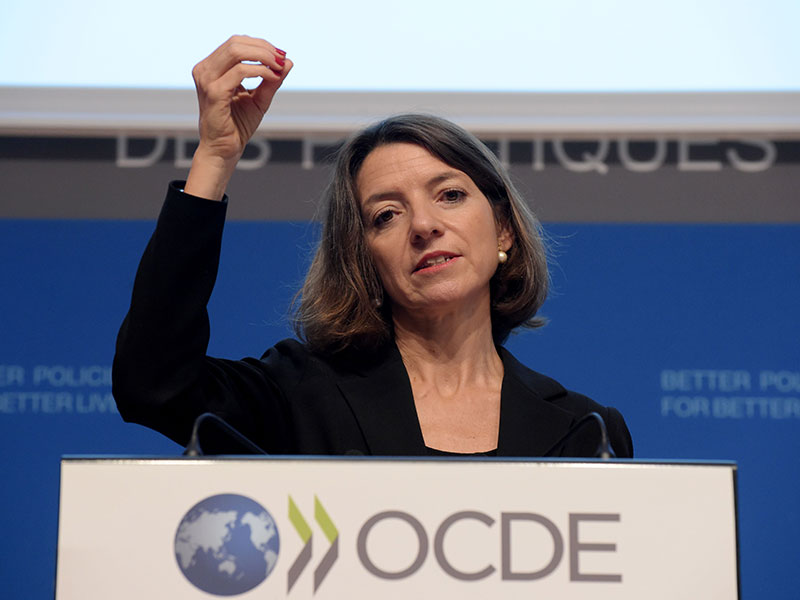 The gloomy economic outlook for the eurozone looks set to darken further, after the Organisation for Economic Cooperation and Development (OECD) slashed growth rates for several countries central to Europe’s prosperity. According to the OECD’s latest Interim Economic Outlook, published on March 6, the German economy is forecast to grow just 0.7 percent in 2019. The Italian economy, meanwhile, is predicted to contract by 0.2 percent.

Consequently, expansion across the eurozone as a whole has been revised to just one percent, down from the organisation’s previous projection of 1.8 percent in November 2018. Export growth across the bloc has plummeted – hitting zero percent at the end of 2018 – with the German automotive sector notably underperforming.

Expansion across the eurozone has been revised to just one percent, down from the OECD’s previous projection of 1.8 percent in November

The OECD also highlighted the impact of policy uncertainty, namely in relation to Brexit. While the UK is due to leave the EU at the end of March, an agreement is still far from being concluded.

“A disorderly [Brexit] would raise the costs for European economies substantially,” the OECD said, claiming that Ireland, Denmark and the Netherlands would face the most significant export losses. Despite ongoing Brexit uncertainty, the OECD expects the UK economy to grow at a rate of 0.8 percent – down 0.6 percent – putting it in slightly better stead than Germany.

The poor performance in Europe will prove a burden for the global economy, which is now expected to grow by 3.3 percent in 2019 and 3.4 percent in 2020. Virtually every G20 country has had its prospects downgraded. The OECD also blamed the slowdown of the Chinese economy, along with weakening global trade.

OECD Chief Economist Laurence Boone claimed that current trade talks between China and the US offered little hope. In addition, the US has yet to settle disputes with the EU and recently revoked both India and Turkey’s ‘beneficiary developing countries’ status, a scheme that provides emerging economies with duty-free access to the US market for selected exports. Boone has previously called for increased action and cooperation between governments.

On March 7, the European Central Bank (ECB) will host a key meeting, at which its forecasts are almost certainly going to be cut in line with the OECD’s predictions.

So far, ECB President Mario Draghi has managed to steer the eurozone away from collapse by maintaining low borrowing rates. With Draghi due to step down at the end of the year, however, the OECD’s disappointing economic forecast suggests that he is likely to leave office without ever delivering a single-rate increase.