The secrets of integration success 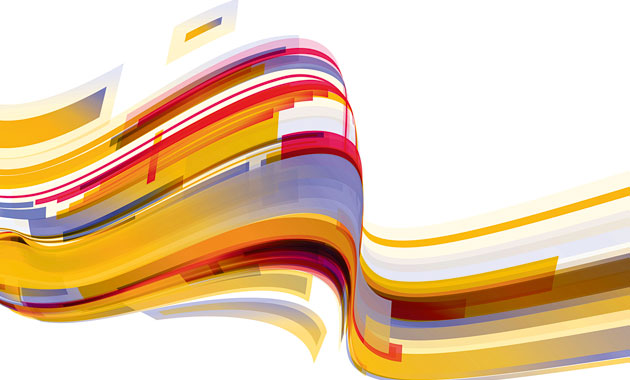 Consolidation is expected to be one of the largest deal drivers throughout Europe this year, as business activity continues to slow; the baseline economic outlook is for prolonged stagnation or, worst case, a double-dip recession. A survey of 150 leading corporate deal makers, private equity practitioners, financial and legal advisors by NetJets Europe found that more than half expected an increase in mergers and acquisitions (M&A) activity globally in 2012, with an especially pronounced uptick in cross-border transactions.

This builds on the fresh wave of optimism prompted by the return of Wall Street’s so-called ‘Merger Monday’ last year, with market watcher Mergerstat reporting in August 2011 that the volume of worldwide M&A had reached $1.8tr – a 31 percent increase year-on-year. Mergers and acquisitions provide a way of building competitive strength, diversifying and ensuring financial stability. The new and larger entity to emerge from an M&A deal should be well placed to streamline costs and improve the cost/income ratio by exploiting economies of scale and the synergies realised via a programme of large-scale integration.

Although there are a variety of issues at play, realising the anticipated returns of a large-scale integration ultimately hinges on the critical success factors of leadership and focus. Despite being notoriously difficult to get right, addressing these factors from the outset will mean a programme of this type has a greater chance of joining the elite minority that deliver or exceed the anticipated returns.

Common integration pitfalls
Having made the decision to merge, the entities involved will often post impressive cost-saving targets, with their respective strategic functions then working to quantify the potential benefits as part of due diligence. The recent integration of Lloyds TSB and HBoS (the largest financial services integration in Europe) raised the projected cost savings from their integration to $3.1bn per annum. However, translating these planned benefits into quantifiable returns is a tricky path to navigate. Common pitfalls include: altering the leadership team mid-programme, the setting of unrealistic dates that later move dramatically and a reticence to enforce re-structuring activities with rigour. In credit to Lloyds, in December 2012 the bank declared that its savings target had been exceeded within the three-year forecast, in part due to the avoidance of the pitfalls described.

Many large-scale integrations have a natural success limit of circa three years. Setting a migration or delivery date beyond this timeframe heightens the risk of change-fatigue. Be under no illusion; these programmes can pose an existential threat to the organisation. Working on them is thus rewarding yet pressured and intense; it can be taxing to maintain morale, motivation and momentum in the delivery team for more than 12 quarters. Naturally the scale of the challenge will vary and there will be unforeseen challenges along the way, but targeting completion of the integration programme within three years will mitigate some of the people issues that can derail such programmes in the final straight.

Conversely, given the length of time it can take to complete integration, it is not uncommon for stakeholders to press for a change in the programme’s management team if progress is not to schedule. However, leadership changes usually result in shifting targets as well as a restructuring of resources, reducing the likelihood of delivering the original objectives. Therefore, reaching for the eject button should be carefully considered and, if deemed necessary, should be undertaken as early and cleanly as possible to give the new team a chance to recover the situation.

Leadership and focus
It may seem unremarkable that strong leadership and an unrelenting focus on objectives top the list of critical success factors, yet it is a rare combination and requires ongoing senior support. Unrelenting focus should be instilled from board level downwards and then throughout the new organisation, with complete buy-in from all stakeholders and programme members. To achieve this, it is vital to frame the programme’s business value as an imperative – e.g. without integrating, costs will remain a barrier to profitability and the business could fail to return to growth. A generic key message such as ‘the merger makes commercial sense and that savings could be made’ will not suffice.

Securing the full support of the board in this way helps to keep everyone’s minds focused on the task at hand. One of the challenges is to retain the interest and buy-in of those involved in the programme but also those executives who do not have day-to-day interaction with the programme. When building the business case it is worth carefully considering incentives or the order in which benefits are delivered to maintain the engagement of the programme peripheral business areas. These programmes require sacrifices which should be recognised and rewarded. In a merger, every division or business area within the two entities must buy into the overall objective. If this is achieved, then the programme has every chance of success, not least because in successful integrations most departments will be restructured.

Restructuring is essential to the realisation of declared benefits and can be a fairly brutal exercise. It is one that some managers might back away from as it requires great attention to detail, excellent communications and sensitive handling. Making exceptions due to some thorny issues and leaving certain functions or divisions as they are will diminish the overall impact and value of the change, but there are ways to lessen the impact. For example, aside from offering financial incentives, it is possible to engage staff by clearly communicating what their role will be during the integration programme and ensuring they are fully aware of the potential opportunities for them within the new target model. In fact, communication plays a vital role throughout the programme to build and reinforce the positive messages that flow out of it, countering the negative feelings that accompany change and which can become disruptive.

Regular benefits
Information Technology (IT) is another function central to the success of a post-merger or pan-organisation integration programme. IT often underpins and links business functions, supports day-to-day operations and drives constant change in the way products and services are delivered. A major IT platform migration – whether this is to a new platform for the combined entity, or an integrated system of the target and the acquirer – will be necessary.

Yet according to analyst firm Ernst & Young, one of the most common mistakes encountered in an M&A transaction is not involving IT early enough in the transaction process or elevating IT to the right level within the organisation. If IT is not taken into account, there will be a direct impact on the value of the deal – the synergies that have been publicly announced will not be reached in the set time frame, share price will be negatively impacted and the deal will exceed costs and budgets.

Narrowing the gap between current and target operating models is a good way to circumvent the potentially negative impacts of a migration. Re-configuring the source system to act more like the target system reduces risk by largely avoiding any changes to the target system and ensures a more seamless transition for both internal users and customers. It is also advisable to wait until a platform migration is complete before attempting to streamline a product portfolio or launch and support new products.

Crucially, commitments made to shareholders must not be derailed by unforeseen delays to an IT system migration. Focusing on delivery of other incremental benefits helps to decouple programme reporting and progress from risky aspects such as IT delivery and ensures a steady stream of returns. For example, if reviewing all the leases of the properties within the footprint of the new entity, it is sensible to eliminate those closest to renewal to deliver quick win cost savings. Time Warner, for example, found that cutting back on its real estate footprint could save as much as $150m a year.

The trick, of course, is to make the benefits big enough to be enticing, so that the whole company remains focused on the original objectives and buy-in is maintained. Reporting incremental improvements in areas such as property, process simplification and reduction in resource costs offers quick win solutions and enables programme managers to deliver a steady stream of good news.

The best of times
One other nuance to consider is the type of integration programme being undertaken. It can be horizontal, taking in the infrastructure, assets and resources of another company in the same industry or at the same level of production; or vertical, whereby a firm expands into new operations to secure the supply base and reduce a reliance on others for production and distribution. From a delivery perspective vertical integrations tend to be easier, notably from a people point of view.

Either way, integration entails the same tasks and end goals, with the realisation of benefits within a sensible timeframe. M&A and pan-organisation integration may have a somewhat chequered history, but even in these uncertain times there are still major benefits for companies in coming together, driving out cost and improving their ability to compete in the market. It is not without risk, but the best way to mitigate the risk is to invest in a strong leadership team, ensure there are clear goals supported by continuous delivery of financial returns, as well as driving towards a realistic date with an unrelenting focus on the detail.