As one of the world’s leading online review websites, Trustpilot represents a vital point of connection between businesses and consumers. But upholding the integrity of an open platform is a constant battle 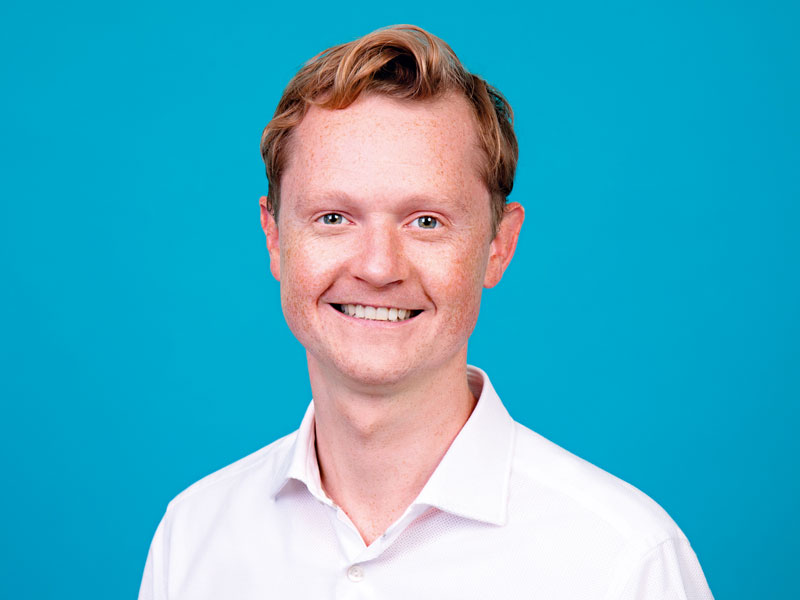 Online shopping is continuing to grow astronomically around the world. Our need for third-party assurance plays a vital role in making these sales happen
Featured

Whenever we make an online purchase, there’s an element of risk. We don’t know who the seller is or whether the product will be what they promised. The only reason we even consider buying from this anonymous figure is because of the social proof available online. Peter Mühlmann, founder and CEO of Trustpilot, explained to European CEO: “Say there is a gentleman in Hong Kong and he claims that he has a new Samsung phone which is as good as new. And if you just wire him some money, he’ll send it to you. On the surface, that sounds crazy – you would never do that. But if 20,000 other people have said that he lives up to his word, suddenly it’s a lot less crazy.”

Online shopping is continuing to grow astronomically around the world, with global e-commerce sales hitting $3.53trn (€3.2trn) in 2019, up from $2.8trn (€2.54trn) the year before. Our need for third-party assurance plays a vital role in making these sales happen. This has resulted in an entire ecosystem of online reviews being created, which two thirds of consumers now depend on before using a service.

Trustpilot, which was founded by Mühlmann in 2007, sits at the top of this ecosystem. Anyone with an email address or Facebook account can sign up to the open platform and review companies whose services they’ve used. It’s an arrangement that works for consumers and businesses alike: while prospective buyers get to learn about a company and the service they offer, businesses can attract more customers by proving they’re the real deal. According to the ranking tool Alexa, it’s now among the top one percent of the most-visited websites around the world, with more than 80 million reviews of 345,000 businesses.

A matter of opinion
The idea for Trustpilot came to Mühlmann while he was still studying at university. His mother wanted to make a purchase online but complained she didn’t have enough information on the product. At the time, the online presence of many companies was very weak, or even non-existent.

Mühlmann could see that more information would benefit not just customers, but also companies. At the time, he ran a small e-commerce business. Proving that he could be trusted was harder than expected. “When I opened a website, people visited and they thought, ‘hey, it’s probably just a kid in an apartment selling electronics’,” said Mühlmann. He wanted to prove that he was a trusted source without referring people to eBay, where his competitors were also vying for customers’ attention. The timing could not have been better: Mühlmann had this realisation just as e-commerce was going stratospheric. Trustpilot was launched in the same year that Apple unveiled the first iPhone, opening the door to mobile e-commerce. Between then and now, the number of people around the world with internet access would grow from 20 percent to 60 percent. But while Mühlmann had identified that trust architecture would play a vital role in our online experience, even he underestimated just how much opinion sharing was about to explode.

“I did predict that in the future, nobody would buy anything from a company if they couldn’t see what other people thought,” he told European CEO. “But I didn’t predict that nobody would eat without taking a picture of their food. Or that it would be impossible to buy a pizza without giving your opinion about the pizza, the pizza delivery person, the app you bought the pizza on and the company making the pizza.”

As Rachel Botsman observed in a 2016 article for Wired, technology has decentralised trust between individuals. “The real disruption taking place is not technology,” she wrote. “It’s a trust shift that will open the doors to new – and sometimes counterintuitive – ways of designing systems that will change human behaviour on a large scale.”

This trust shift has had a huge impact on the relationship between customers and brands. “Even for large businesses, the brand is not what you say it is. It’s what your customers say it is,” said Mühlmann. Nowadays, consumers can make or break a company’s reputation online. This puts businesses under pressure to deliver above and beyond their clients’ expectations. At the same time, the online marketplace is more saturated than ever. As far as Mühlmann is concerned, exceptional customer service is now the name of the game. “In a world where you have global competition, it’s very hard to be the price leader,” he said. “So I think the way to build a great company today is really focused on the customer. Because that’s how the majority of the people select the business they buy from.”

The good, the bad, the ugly
The sheer size of the audience that people can reach online means the fallout from delivering bad customer service can be severe. In 2010, when the captain of a Southwest Airlines aeroplane allegedly told film director Kevin Smith he was “too fat to fly”, Smith tweeted about the incident, which was subsequently picked up by media outlets including USA Today and ABC. In 2018, when a Virgin Trains passenger tweeted that a train manager had called her “honey”, the company’s Twitter account responded by asking if she preferred “pet” or “love”. The tweet was shared with Virgin Rail’s 149,000 followers, many of whom were unimpressed by the operator’s response.

When virgin trains mess up and the older male train manager in the resulting conversation dismisses you with that hideously patronising word women shudder at in contexts such as these: “honey” @virgin_trainsEC.

Mühlmann points out that many companies wrongfully assume customers will voice their concerns directly rather than spread word of their bad experience, when the opposite is usually true. “Just remember the last time you were at a restaurant and you had a bad experience. Did you tell the owner? No. You told all your friends.” If the disgruntled customer decides to go online, their bad review could be seen by tens of thousands, or perhaps even millions, of people.

Businesses can’t hide from their customers’ feedback, and Mühlmann argues that trying to will only make for a worse online presence. Trustpilot isn’t just a means for companies to showcase their glowing reviews: it’s also an opportunity for them to learn from their mistakes, and it’s hard to provide good customer service without knowing what customers really think.

In an age of growing paranoia around disinformation online, Mühlmann believes it’s crucial that Trustpilot practises what it preaches and maintains its integrity

Mühlmann says many companies struggle to see the value in the latter, but in the world of online reviews, where customer disputes play out for anyone to see, companies are evaluated by how quickly and effectively they respond. It’s not about being perfect, as Mühlmann explains, but showing you care. “One good answer to a negative review is worth the same as 10 or one hundred good reviews,” he said.

Moreover, on Trustpilot’s platform, it’s better to have some negative reviews than no customer feedback at all. Mühlmann referred to an experiment that Trustpilot ran in which a business was marketed on two pages: one with no reviews, and another with a single negative review. “The very interesting thing is that the page with a negative review dramatically outperforms the one that has nothing on it,” he said. When it comes to shopping online, most people seem to conclude: better the devil you know.

No word of a lie
As the internet has grown, so has the spread of disinformation. The techno-optimism that prevailed when Trustpilot was first launched has all but died out, giving rise to paranoia around the seemingly unstoppable tide of fake news.

For Trustpilot, combatting fake reviews has always been a challenge, since the company is dedicated to keeping its platform open. But when it comes to fighting misinformation and building trust online, there’s no silver bullet – it’s something that needs constant vigilance. “We have to be extremely watchful that we don’t let a minority of bad players ruin it for everybody,” said Mühlmann.

To this end, Trustpilot has invested heavily in rooting out the fakes. It has hired more than 50 employees to protect the platform, as well as over 25 fraud detection robots. “The way that works is very much like the way a bank will combat credit card fraud,” Mühlmann explained. For every review, the company collects more than 100 data points. Algorithms use those data points to build a map that determines what normal behaviour looks like and helps pinpoint reviewers who are behaving strangely.

At the start of this year, Trustpilot also launched the Transparent Inviting feature, which gives visitors a comprehensive breakdown of information about the company and the review source. The feature allows users to see whether the review was invited by the company or ‘organic’.

The community also plays a role in upholding the platform’s authenticity. “One of the advantages of Trustpilot’s size and the fact that we are an open platform with such a huge community of users is that every month we get more than 10,000 requests from people who say, ‘you should take a look at this review’,” Mühlmann said. If Trustpilot determines that a company is manipulating the system, they update the company’s profile page with a consumer warning, informing customers that a company is not adhering to the guidelines.

The time for techno-optimism
In March 2019, Trustpilot secured $55m (€49.9m) in a Series E funding round, bringing its total funding raised to $173m (€156.96m). Having been there from the very beginning, Mühlmann has seen his role evolve as the company has grown. “It’s a very different style of leadership that’s required when you were five people, and important decisions are made over a foosball table, to being the CEO of a company where we’re 800 people and lots of decisions are being made every day without [you] even being aware of it,” he told European CEO.

Whenever a company experiences significant growth, clarity around decision-making can easily be lost. Mühlmann explains that his main focus for the foreseeable future is on giving employees a strong sense of purpose and ensuring that it’s always clear how decisions are being made and by whom. “Ironically,” he said, “our own product is actually helping us to do that. Because we’re inviting everybody using Trustpilot to [say] what they think about us. And so that actually gives a continuous stream of feedback to everybody in the company.”

In an age of growing paranoia around disinformation online, Mühlmann believes it’s crucial that Trustpilot practises what it preaches and maintains its integrity. The fight against fake reviews has no endpoint; it’s something that will require continued investment and innovation. Mühlmann maintains that all tech founders need to make this a priority on their platforms as well. To that end, he has signed an international initiative called the Copenhagen Letter, which outlines the responsibilities of the world’s tech leaders. The letter states that companies are not at the mercy of the platforms they create and open access shouldn’t come at the expense of transparency. As far as Mühlmann is concerned, the world could do with a little more techno-optimism. “Misinformation has always been a challenge through every period of history,” he said. “The fantastic thing here is that we have some unique opportunities to tackle it.”