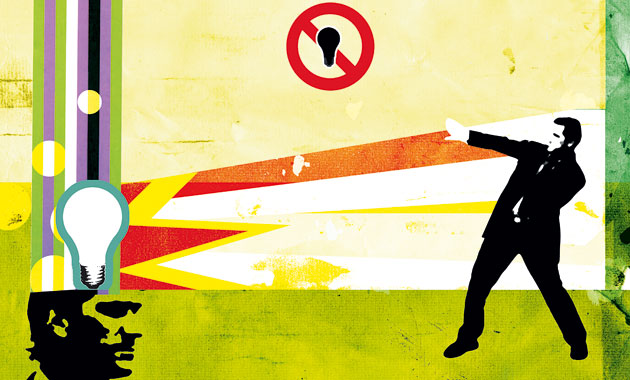 ‘Executive Coach’, ‘Business Coach’, ‘Career Coach’ – these are all terms that are not unfamiliar to the general public and businesses around the world today. Professional coaching is sustaining its popularity and expanding its client base globally. Success stories of companies using professional coaching to achieve strategic business goals continue to spread.

If your business has contemplated hiring a coach or implementing a coaching programme for employees to offset traditional training and development programmes, it should be a confidence boost to know that case studies in the industry have related high levels of satisfaction and return on investment interest. Two examples are BC Housing and JOEY Restaurant Group, both of which have recognised the International Coach Federation (ICF) as integral to their successful use of coaching as a leadership strategy.

BC Housing
BC Housing is a developer and manager of subsidised housing across the large province of British Columbia, Canada. The company partners with private and non-profit housing providers, as well as government agencies, to find affordable housing solutions for at-risk individuals such as the poor or homeless.

To attract, develop, and retain top employees, BC Housing created a customised development programme designed for everyone who manages or supervises at least one person. The successful programme is part of the organisation’s all-encompassing ‘People Strategy’ which has grown to include its Coach2Coach programme as of 2010.

“As a public sector employer, creating a coaching culture within our organisation has been fundamental in helping us achieve organisational goals and to support our people as they carry out our social mandate. Our coaching programme is designed to have long-term impact, creating and maintaining both personal and organisational effectiveness,” said BC Housing CEO Shayne Ramsay.

Through the incorporation of coaching for performance, BC Housing has witnessed a significant positive change in its organisational culture. They have developed a community of leaders that will forever be a legacy to investments made in leadership development, and so far that investment is paying off.

Significant savings
BC Housing has calculated that, based on the initial capital investment the company made in their leadership development and coaching programmes, they have seen a 70 percent return on investment. Due to the success of the in-house coaching initiative, they have been able to scale back the amount of external training from various service providers, giving the company significant savings.

Over the past five years, BC Housing has managed to successfully sponsor 15 rounds of the programme across the entire organisation, and see the graduation of over 200 leaders from all business units. These graduates now understand the concept of the leader as a coach and the importance of the coaching-for-performance framework that BC Housing has in place.

JOEY Restaurant Group
JOEY Restaurant Group, which is headquartered in Vancouver, Canada, has expanded from one location to 25 restaurants across Canada and Washington State over the past 20 years. Combining flavours from around the world, JOEY prides itself on delivering food that “brings people together.”

JOEY began its coaching initiative in 2009. It wanted its development programme to be heavily focused on leadership development, conflict management, and personal growth. It also wanted an internal programme that could be sustained and replicated easily – and would be the best fit for its organisation and culture.

“People think we are here to serve food,” said JOEY Vice President of Operations Al Jessa. “We are actually in the people development business. If kids can come here and work while going to college or sorting out their young lives and then whether they choose to stay or leave, they say they started their self-awareness journey and learned their coaching leadership skills at JOEY, then we’ve succeeded.”

After the investment of over one million dollars and the participation of over 1,000 employees, to say that their coaching programme is making a difference would be an understatement. The level of success that JOEY has experienced from its initiative has been excellent.

By firmly supporting the programme through an extremely difficult economic period, it has experienced a 30 percent growth in revenue, as well as a 682 percent return on investment on the coaching initiative, at a time when people were generally spending less. The use of coaching helped JOEY support its staff, helping them to excel not only as chefs and managers, but as leaders and individuals as well.

As an employer of young college students, they typically have a higher than average turnover rate. The adoption of a coaching culture has changed that reality. The rate of employee turnover has dropped significantly from around 200 percent to 66 percent. Amazingly, they also now have virtually no turnover at the senior level. JOEY has a line-up of highly qualified and skilled staff competing for the next open position and promotion.

Coaching has been integrated throughout all eight JOEY Restaurant Group regions and 25 restaurants, including the company’s five different brands. The goal is to have any employee who has been with them for at least six months to start the coaching journey.

Coaching is a self-regulated profession, but consumers should follow these tips when searching for a professional coach:
– Educate yourself about coaching. Review coaching research articles, case studies and so on.
– Know your objectives for working with a coach. It’s a client’s responsibility to set goals and discuss with their coach how success will be measured.
– Interview three coaches before you decide. Ask each about skills, experience, qualifications, and ask for at least two references.
– Coaching is an important relationship. There should be a healthy connection between you and the coach.

For more information on professional coaching and tips for selecting a coach, visit coachfederation.org/value