For so long an important factor for business school application boards, recent years have seen a rise in alternatives to sitting the GMAT 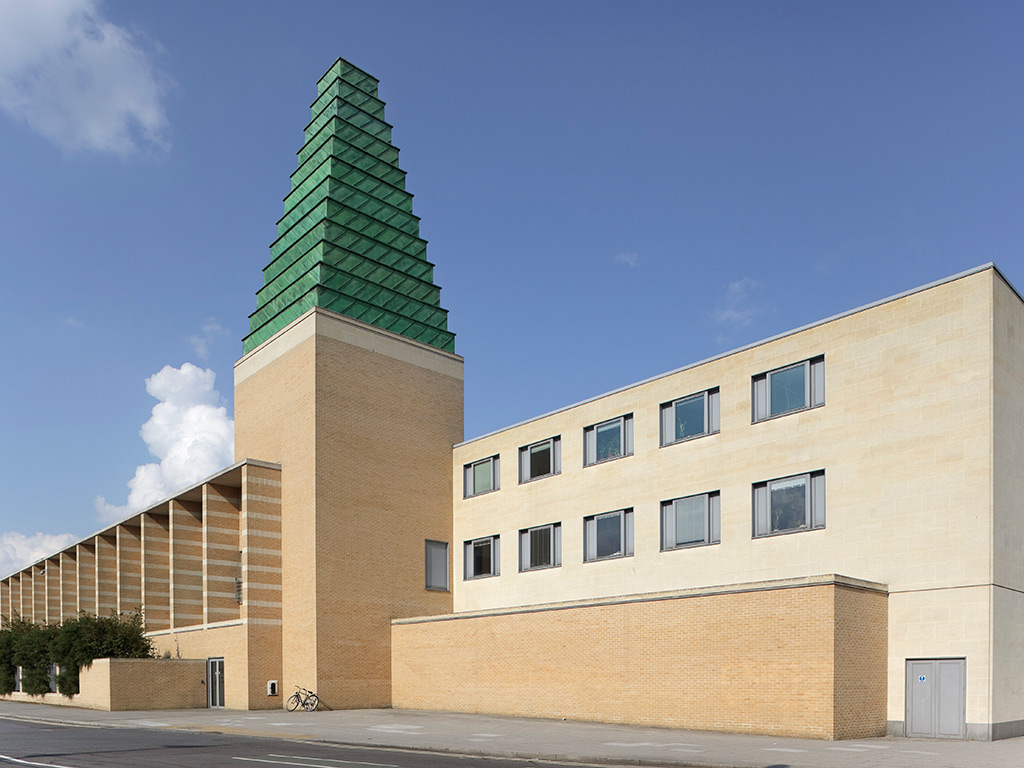 Oxford University’s Saïd Business School. The institution has no intention of accepting the GRE in the future
Management

The GMAT and the GRE serve similar purposes in that they are standardised exams designed to test the verbal, mathematical and analytical writing skills of people wanting to attend university. The GMAT is used by schools as it is based around business-related problem-solving to give a better indication of a candidate’s ability to succeed in a similar environment. The GRE is thought to be more diverse, as questions are structured in such way that they require the examinee to present arguments and engage in further discussion.

In 2009, a number of top universities, including Harvard Business School (HBS), Stanford and Cambridge, began recognising GRE results as a suitable substitute for GMAT in order to broaden the applicant pool. Deirdre Leopold, Managing Director of Admissions at HBS, said: “We believe that both the GMAT and the GRE meet our expectations of what a standardised test can tell us about a candidate’s ability to thrive in our MBA programme.” To any candidates unsure about which one to take Leopold says: “We promise you, we are really neutral on the two tests, so please take the one that works best for you.”

A number of top business schools still don’t accept GRE at application level, however. Among these is Oxford’s Saïd Business School. “Several of the programme’s core courses require a high level of quantitative and analytical skills; we do look for evidence of these in GMAT results,” says Anna Farrus, Head of Admissions. “We have no intention of using the GRE for our MBA admissions process in the near future.”

What universities want
Candidates should consider at length the entry requirements for their individual application. While there are courses that accept the GMAT exclusively and some that consider GRE an adequate substitute, there are no business schools that will only accept GRE. There are occasions when a university will be willing to forgo either set of results – usually if the candidate already has a strong history in business, consisting of about 10 years professional experience.

As well as accepting GRE alongside GMAT, a number of universities rely heavily on their own exams. The most high-profile of these is INSEAD, based in France and Singapore. Peter Zemsky, Deputy Dean of Degree Programmes and Curriculum, says: “The INSEAD test allows us to maintain our long-standing commitment to testing as part of the admissions process while expanding the pool of high-quality applicants.” They want to move away from the GMAT being their only model for assessment but stress that applicants who have GMAT results will not be obliged to take their in-house exams.

Although there has been a rise in universities using results other than GMAT, it remains the most widely used standardised criteria for entering business school. Farrus says: “A good GMAT score will give us evidence of intellectual abilities, but not all candidates with a high GMAT will be admitted into the programme as other factors (such as work experience and academic background among others) will also be taken into account.”

Increased competition
Established in 1953 as a standard test for nine business schools in the US, the GMAT was taken 2,000 times that year. The annual total of examinees has increased exponentially, and for the last four years has consistently been above 250,000 each year. The GMAT is now used in the application process for over 5,000 programmes in about 1,500 universities across 83 countries. But the number of applications made far outweighs the number of course places available. There were 286,529 GMAT exams taken in the last testing year (ending June 2012) and these results were then used for a total of 831,337 applications for MBA and other graduate management programmes: an average of roughly 166 applications for every course.

The number of exams sat in 2012 shows a rise of about 12 percent from the 2011 total. There was a distinct growth in diversity among candidates, with women making up 43 percent of examinees (their highest representation yet) and those under 25 representing 38 percent in 2008 (up to 47 percent in 2012).

The overall rise was welcomed by Alex Chisholm, GMAC Director of Statistical Analysis, though he was not surprised: “Test takers today have an increasing number of study opportunities, with quality schools emerging all across the world and more types of graduate level programmes to consider. Test takers sent scores to a record 5,281 programmes in 2012 – up 21 percent from 2008 – reflecting growing interest in a variety of programmes and study destinations.”

A tough test
Alongside the numerous study and advice guides the GMAC offer for the exam, there are plenty of online forums and blogs as well as independent study aids. Robert Wilburn, Director of International Development at Manhattan GMAT, offers a number of tips for anyone thinking of sitting the exam. His advice includes allowing two or three months for study and for students to focus on one area at a time while making sure to start preparation with the section they are most confident with. He goes on to stress that preparation is key: “The more prepared you are the less anxious you’re going to be… For instance, it is very difficult to score well on the verbal section if you have not taken the time to learn the sentence correction rules that the GMAT tests.”

Sandra Lagrue, Managing Consultant at Capgemini Consulting, said: “My first impression was that it was going to be easy – a little bit of maths and a little English. My impressions slowly changed when I started to actually prepare for the test and I realised that it was far more complicated than I originally expected.” Lagrue says her study went from five hours a week to ten in the months building up to the exam. “I used every spare minute I had to prepare… I would come home from work and study in the evening, during my lunch and on the train to and from work.”

In an attempt to modernise the exam, GMAC added the Integrated Reasoning (IR) section in the summer of last year with the aim of testing candidates’ understanding of information presented on spreadsheets, graphics, text, charts and tables.

Allison Davis, Associate Director of MBA Admissions at Stanford University, said: “Rest assured that IR is new to us too and it’s going to take us (and our peer schools) some time before we know how to interpret it as it relates to the Stanford MBA programme.” She added: “For this application year, we will see your IR score if you have taken the new GMAT, but will focus on the verbal, quantitative, analytical and total scores. Once we have had the chance to review IR scores in this first year, we will determine how to evaluate them in our process for next year.”

The course costs a standard $250 worldwide and results remain valid for five years. The GMAT can be taken in 110 countries and there are exam centres in most major cities. Wilburn says: “The GMAT is a challenging exam, and it rewards preparation. The business school application process is very competitive and the other people who are applying to your target schools are most likely taking the exam very seriously.”