Training to shape the future 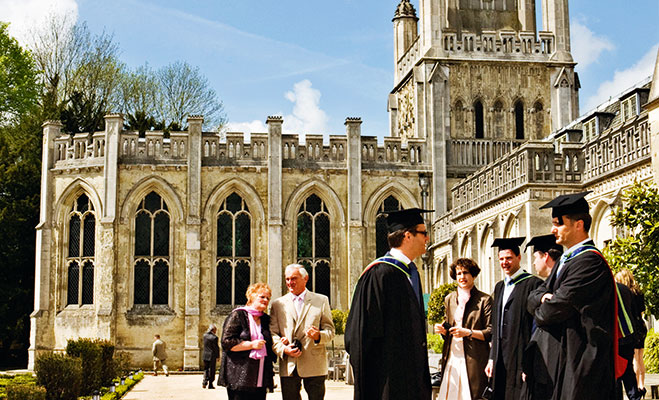 This year’s Rio+20 summit may not have dominated headline news, but it was the biggest UN summit ever organised, attracting 50,000 people, including 3,000 business leaders, and 130 heads of government. While governments were not forthcoming in pressing for change, the summit will be remembered for the impact made by business schools that could trigger business to step up its focus on sustainability.

In 1992, world leaders gathered in Rio de Janeiro and agreed on an ambitious blueprint for a more secure future, promoting action for a healthier, more equitable and prosperous world for all. They agreed that the only way to do this was to break with the old economic model and invent a completely new one: sustainable development.

Political absence
Twenty years on, Rio 2012 might end up being remembered for the sheer absence of political leadership demonstrated by the heads of government, who attended with no intention of negotiating or agreeing to anything. But it would be an unfair legacy, and mask the substantial change going on behind the scenes. Companies and governments made well over 200 pledges of voluntary action in various areas, including energy, water and food, and these were outnumbered by pledges to include sustainability issues in higher education programmes.

Many institutions are changing curricula, refocusing pedagogy and research, and reorienting campus operations. However, research by Ashridge suggests management education should be reassessed, helping leaders think through how to lead for long-term value creation in ways that create benefits for the company, society and the planet.

At the first Rio summit, business leaders were at the fringes. Fast-forward to 2012 and it’s the norm that business leaders are playing a central role in creating the right future, alongside political and civil society leaders, proposing different value creation strategies for their organisations.

In a UN report produced for Rio+20 by Ashridge Business School and the International Business Leaders Forum, ‘Leadership in a Rapidly Changing World’, business leaders charted how their role has changed over the past 20 years, and the implications for leadership development today, challenging the world’s business schools to embrace curriculum change and step up on the change that has already begun to occur.

It engages with some of the pioneers that were among the first to take a different approach to leading businesses. John Browne, who as CEO of BP was the first to put climate change on the agenda for the oil industry in 1997, and Mark Moody Stuart, former chair of both Shell and Anglo American, who was a key architect of the tentative role business began to play at the 2002 Johannesburg World Summit on sustainable development.

They believe these issues need to be tackled by a coalition of political, civil society and business leaders, not governments on their own, and are passionate about how to run a successful business out of serving the interests of wider society, not viewing every decision solely through the lens of impact on short term financial performance.

The chairs and CEOs Ashridge spoke with were clear: this trend needs to be accelerated, and business schools now have to step up as they have a fundamental role to play. What is needed now, they say, is a process of educating, motivating and equipping the rest of today and tomorrow’s business leaders to be able to lead in a fundamentally changed world. This isn’t only what the world needs, it’s also just the reality of what it takes to be an effective business leader now. Management education has a crucial role to play in this transformation, working with today’s and tomorrow’s leaders, helping them make sense of a changing world and developing the capabilities to lead in ways that contribute to a globally inclusive marketplace.

There were encouraging signs at Rio+20 of the recognition for this need of fundamental change in management education. One document gave evidence of the transformation now occurring in many schools around the world, and reveals the scale of the resources some are now investing in curriculum change to embed sustainability. Another sets out a vision for the future, where instead of competing with each other to be the best in the world, business schools compete to be the best for the world.

So what will accelerate this trend in business schools? Business schools are already leading this change, but they are also asking for help. The business school leaders in Rio called for help from businesses to:
– be more vocal about their need for a different approach when partnering for executive education and when recruiting on campus;
– get help from governments;
– shift the way higher education funding incentives work;
– gain help from accreditation and rankings bodies; and
– value curriculum innovation for sustainability in the way schools are measured.

In this respect there is some modest good news. Julio Urgel from the European Foundation for Management Development (EFMD) announced that, from January 2013, sustainability will be a core metric at the heart of the European Quality Improvement System (EQUIS) accreditation. Dan LeClair, from the Association to Advance Collegiate Schools of Business (AACSB) said his involvement in the forum had caused him to realise AACSB needed to fundamentally reassess the underlying purpose of its accreditation processes. Sharon Bamford of the Association of MBAs spoke about how its accreditation had taken some first small steps to integrate sustainability in 2011. Finally Della Bradshaw of the Financial Times said that if business schools really did begin to take sustainability seriously, the FT would start to measure them against each other on it as part of its rankings.

In the midst of current pressures, all this may sound like a distraction. But as leaders at the top of a growing proportion of the world’s most influential businesses reshape and redefine tomorrow’s business landscape and what it means to succeed as a leader in it, the evidence suggests that in today’s world, you cannot afford to ignore it.