The professional social network LinkedIn is extending into education. This is part of a wider trend of the growing private higher education, writes Tom Bailey 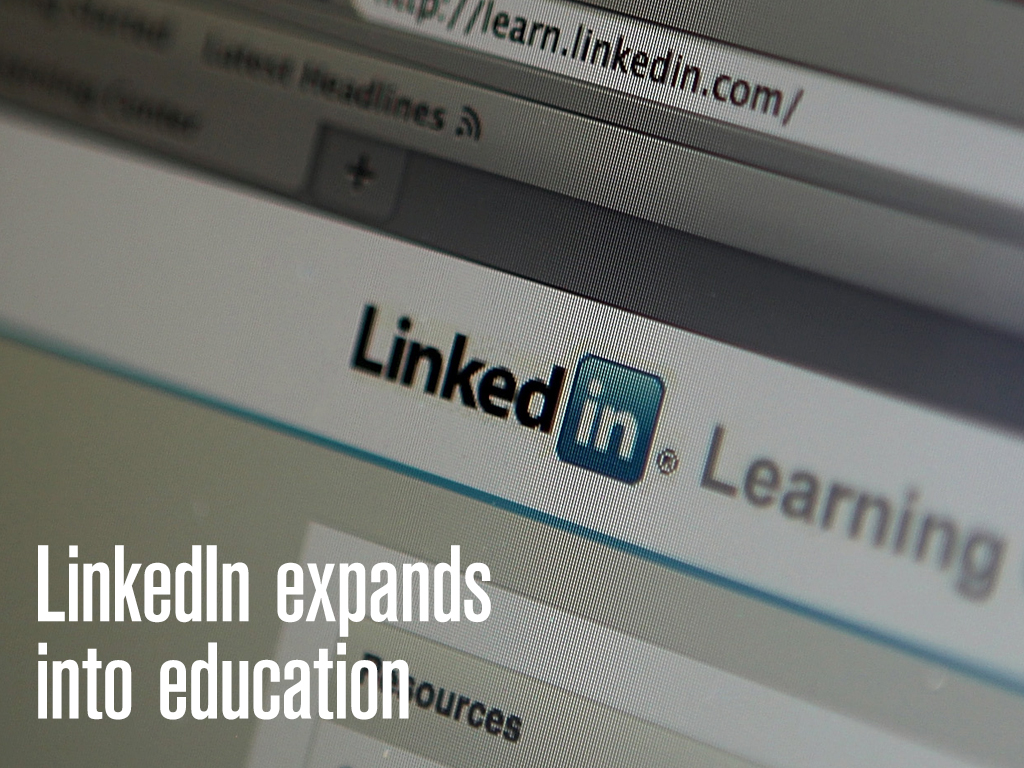 Employment and education are intimately entwined. Schooling is, not without disagreement, said to prepare children for their impending entrance to the world of work. The university someone attends can have a lasting impact on their future. Whether it is supposedly ‘transferable skills’ or technical know-how for specific industries, education is increasingly central to employment. The recent purchase of the online education company lynda.com by the business-orientated social network website LinkedIn, then, should come as no surprise.

LinkedIn is set to purchase Lynda for $1.5bn, through a mix of cash and stocks. “With the integration of lynda.com and LinkedIn, users will know what skills are needed for the available jobs in their desired city” reports Reuters. Once the relevant skills are identified, customers will, presumably, be able to pursue them through use of the education website. This is part of a wider expansion of private higher education, according to Professor Ellen Hazelkorn, Policy Advisor to the Higher Education Authority of Ireland and Director of Dublin Institute of Technology’s Higher Education Policy Research Unit. “Changes in the international labour market, requirements that people continually up-skill and retrain, new entrants into education,” says Hazelkorn, “have challenged traditional provision.” This development by LinkedIn is a response to “the failure by conventional/traditional universities and higher education institutions to be sufficiently flexible to cater for the growing ‘mature’ market for training and retraining”, Hazelkorn tells me.

This is not the only pivot towards education by LinkedIn. In 2014 LinkedIn’s university rankings were launched, rating universities according to job outcomes. While such an approach to judging universities may seem to some to miss the point of university education, as The Wall Street Journal notes, it has appeal to “a generation increasingly concerned about the cost and value of a college degree as the job market for recent graduates remains soft.” LinkedIn is also in a strong position to provide such a service. Hazelkorn tells me that university institutions have generally been poor at tracking their graduates. So that LinkedIn, with its huge database of peoples education and employment histories, “have moved into rankings is not surprising.”

LinkedIn’s expansion into education points towards a global trend towards, with the exception of Western Europe, of private education growth. Hazelkorn notes that “From 2000-2010, the US for-profit sector grew by some 235 percent in enrolment, increasing its market share from 3 percent to 9.1 percent of all tertiary enrolled students. Latin America has 48.6 percent, Asia 36.4 percent and the US 29.4 percent; in Brazil, for-profits make up 43 percent of the private sector, and 32 percent of the entire higher education sector.” Likewise, whether it is identifying which skills for jobs are needed where, with its integration with Lynda, or its use of its user’s data for university rankings, it is also part of the increasing value of higher education data.