The explosion in popularity of menswear in recent years suggests men have become more fashion-conscious. The internet, as is often the case, has played a major role in this 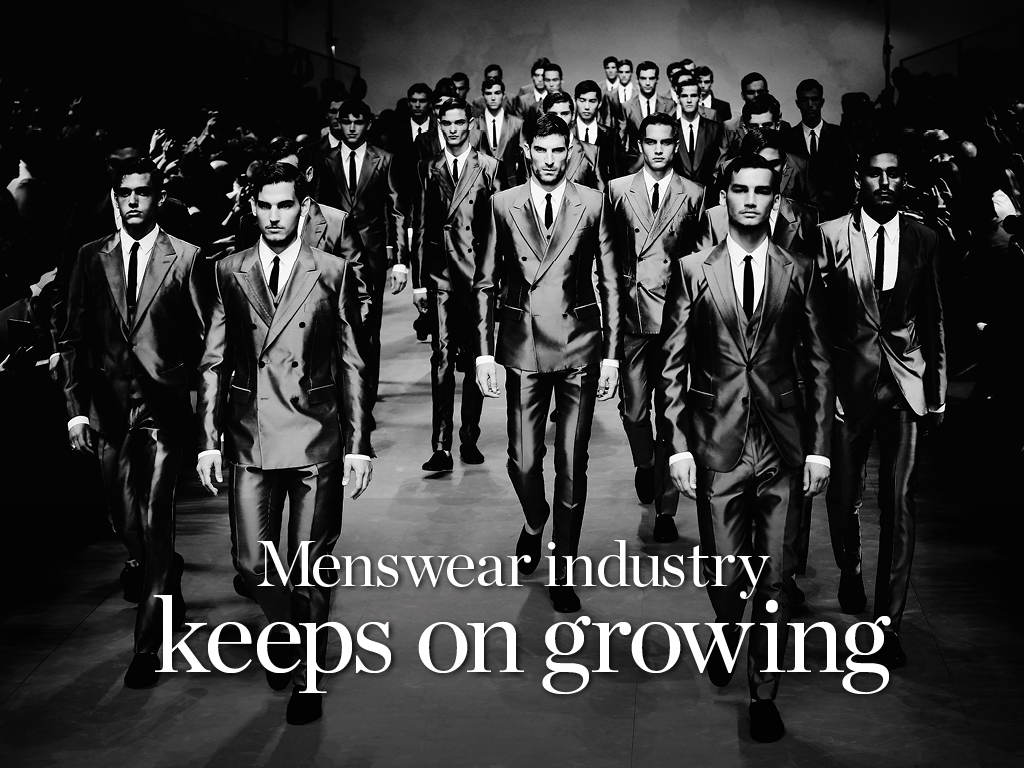 Over the Easter weekend, The New York Times launched its much-anticipated Men’s Style section. Although the newspaper of record has before included photo shoots, stories and features concerning male fashion in its pages, this supplement is a new, dedicated publication aimed at an increasing number of fashion-conscious men. This year will also see the inaugural New York Fashion Week: Men’s. This male-devoted event, along with the NYT’s Men’s Style section, is emblematic of the continuing rise of one of fashion’s fastest-growing markets: menswear. For over a decade now, the menswear industry has seen increasing growth. According to Quartz magazine, “Men have been spending more on their outfits each year for well over a decade now—menswear sales, adjusted for inflation, are up 70 percent since 1998.” Male clothing is also on track to be fastest-growing grouping in online retail, between 2010 and 2015. The growth has meant that men are increasingly conscious of what they wear in business environments. According to Tony Glenville, Creative Director at the School of Media & Communications of the London School of Fashion, among men there has been a “realisation that self presentation is an important tool in business… A tie that’s been hanging around for five years since the last time you purchased or wore a tie, the old suit, the scruffy oddly shaped jeans send out the wrong signals and the men who have always cared about presentation evaluate you.”

Men paying attention to fashion is nothing new in itself. Glenville tells me that in the post-war era “the idea of masculinity and style became less of a dangerous area,” shown by the rise of “Mods, Rockers, Hippies, The Beatles, The Rolling Stones [and] James Dean.” Yet menswear and men’s fashion was still a relatively underdeveloped area of the apparel market. Raz Keren, Assistant Professor at Parsons, School of Fashion and an independent menswear designer, opened up a boutique in New York’s West Village in 1994, where he designed and sold modern men’s fashion. “Back then the choices for men in New York were very limited. It was suits and dress clothes, casual jeans and t-shirts and sports gear. The American men’s fashions were not very creative and I tried to give my clients something different,” Keren says.

Menswear goes digital
According to Skylar Bergl, News Editor at Four Pins, menswear “really took hold in the mid to late-00s.” Bergl says this is when “guys started to pay a little closer attention and also when the resources were there to do so.” The resources in question were the proliferation of dedicated websites for men’s fashion, enabled by the internet: “[b]logs and websites that catered to men’s taste began popping up more often. It became a bit of a community with places like StyleForum, StyleZeitgeist and Superfuture”, says Bergl. Due to social media, menswear has become, says Keren, “a discreet category in the past few years.” While print men’s lifestyle magazines such as GQ had previously existed, the internet, with its proliferation of menswear bloggers and forums, created an easy avenue for men to begin their induction into clothing. “For the first time, men were exposed to fashion and style without the need to go and buy fashion magazines,” Keren notes.

Not only has the internet allowed easier access to fashion, creating the menswear category, it has also created a culture which further fuels the growth of the menswear market. We are, according to Keren, “bombarded with visual information every time we log-in to the internet and so the way we look has become extremely important, for both men and women. The younger generation spends a lot of time on Facebook and Instagram, and we are judged by the way we look, in photos and videos. It’s a popularity contest.” Bergl agrees, noting that a major part of the menswear “industry and world is broadcasting to the world that you own something that few other people own. It can be an exclusive club when you get the newest piece of gear from a certain designer. The internet allows you to show everyone that you do in a matter of seconds. I think that has spurred people to get into it.”

High-end comes to the high street
There is also the symbiotic rise of the fast-fashion industry. According to Bergl, prior to the internet, “[f]ashion used to be so closed off and private, a very upper-class activity and only those with money and access to expensive designer clothing were a part of the world.” The internet has, at least partially, broken down these walls. Although the cost of high-end clothing brands has gone nowhere, with menswear blogs, forums and online magazines, anyone is able to appreciate high-end brands being written about and coveted over. Bergl tells me that “[t]here are guys I know who will never really be able to afford a Dries Van Noten topcoat, but they’ll either save up for it or just never buy it but look on and appreciate it for what it is”.

While many menswear fans may look on and never be able to afford such high-end items of clothing, they can now purchase a similar looking version at a fraction of the price. Fast-fashion companies such as Zara, H&M and ASOS provide near-versions of the latest high-end designs. This has allowed for menswear followers to pursue their interest in high-end fashion but opt for, when necessary, more affordable lookalikes. Much-hyped collaborations between such fast-fashion companies and high-end designers have also made high-end fashion more accessible. The 2014 Alexander Wang x H&M collection meant that those who had spent time online admiring a £600 sweatshirts by the New York designer Alexander Wang were able to purchase clothing by him at a fraction of the price.

European Monitor International estimates that by 2019 menswear sales will contribute $40bn to the global apparel market. The growth is not just on the consumer side. Keren has seen an increase in students studying menswear at his university: “I see a growth in the number of fashion students that are choosing to specialize in menswear…from 10 students a decade ago to about 40 graduating from Parsons this year”. With all of these factors behind the growth of menswear showing no signs of abetting, nor does the growth of menswear. The clothes men put on and go to work in has never been so important.