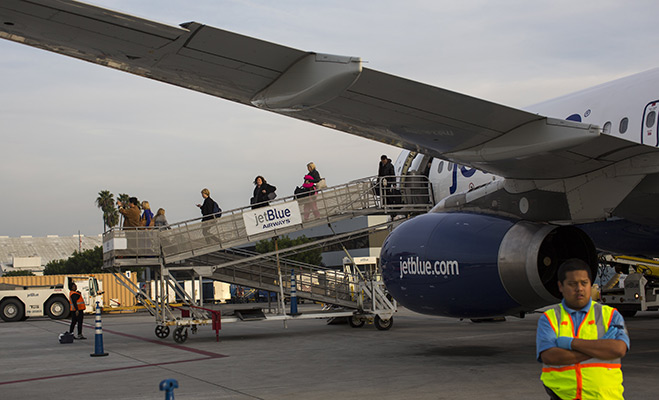 Airbus has set a sales target of 700 jets for 2013 in an attempt to wrestle back top spot from duopoly rival Boeing in the commercial aircraft market. In 2012, the company fell behind Boeing for the first time in five years in terms of total passenger jet orders: recording 833 net orders compared to Boeing’s 1203. They were also bested by their rival when it came to total jets delivered for the first time in ten years.

The Toulouse-based company’s chances of outselling the opposition may be boosted by recent safety concerns with Boeing’s flagship 787 Dreamliner. The plane has run into a series of technical problems resulting in an emergency landing and its indefinite grounding by some national regulators including the US Federal Aviation Administration.

Airbus chief executive Fabrice Brégier was wary of criticising his rival however as his company prepares to launch its own wide-bodied A350 model to compete with the Dreamliner. “The A350 programme remains very challenging and we can be taken by surprise too,” he told the Financial Times. Airbus’ new aircraft is expected to make its maiden flight at the end of June or the beginning of July this year.