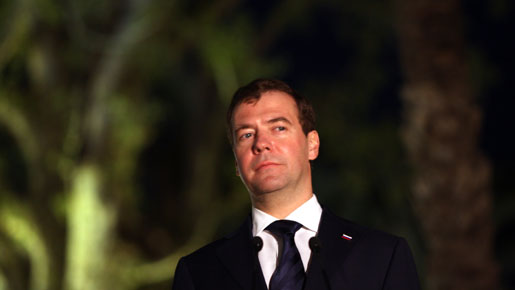 The centre, designed to develop five priority sectors – energy, IT, telecommunications, bio-medical and atomic technologies – will be built near Skolkovo, a new private-sector business school in the Moscow region.

“We will build it in a place where we already have the solid groundwork for doing it quickly. Speed is of particular importance,” Medvedev said.

The project, first mentioned by officials last month, aims to give state backing to major companies to help them develop selected innovative products. The most promising of these will then to taken to fruition in the new “Silicon Valley”.

“The real attraction of the Kremlin’s Innovation City lies not in what it will accomplish for innovation but in how it will line the pockets of Russia’s corrupt officials,” opposition politician Vladimir Ryzhkov wrote in a comment for The Moscow Times.

“The greedy bureaucrats are already salivating in anticipation of the hundreds of construction permits that will be required to develop a Silicon Valley from scratch.”

Tens of thousands of scientists, engineers and intellectuals abandoned Russia during the economic chaos of the 1990s and though the pace of the brain drain has slowed, the country’s research base has been severely depleted.

The depth of the recession, by far the worst to hit any major emerging market, shocked the Russian elite and spurred calls for the economy to lessen dependence on raw materials.

Medvedev has repeatedly urged economic diversification, predicting that the world’s biggest energy exporter will remain extremely vulnerable unless it can kick its dependence on oil and gas sales.

But his critics say the Kremlin’s modernisation rhetoric needs to be translated into action and be accompanied by measures to improve the investment climate if diversification efforts are to have any chance of success.