Due to an aging population, reduced exports and a rapidly shrinking workforce, Standard and Poor’s has downgraded Finland’s sovereign debt rating from AAA status to AA+ 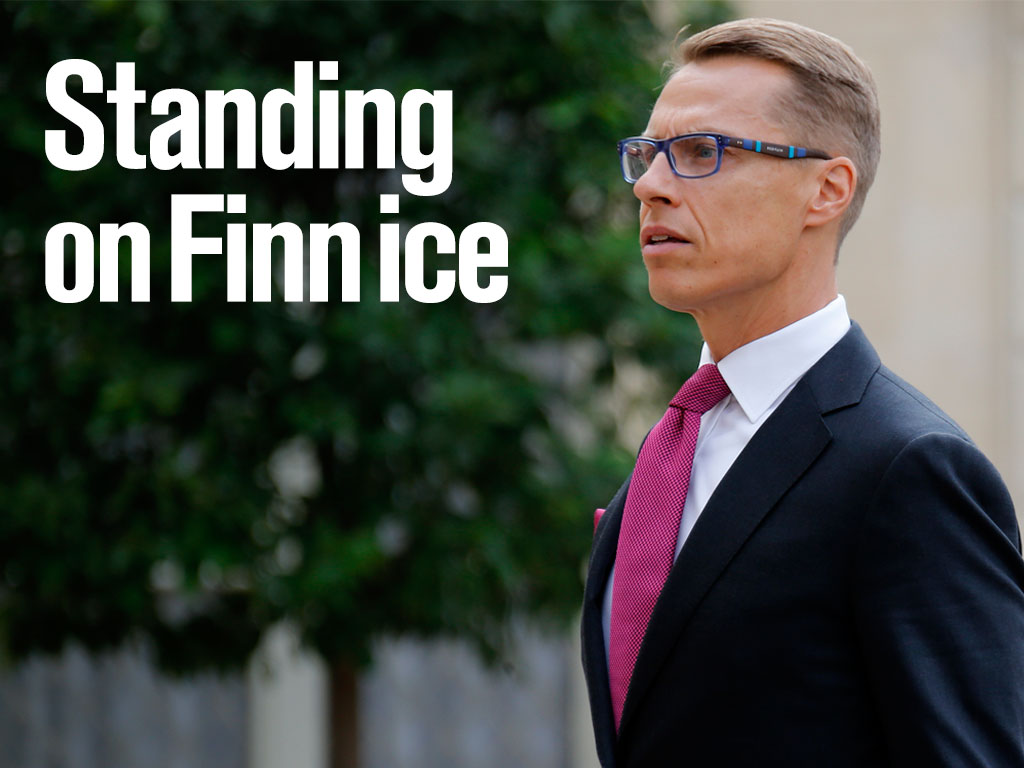 Finnish Prime Minister Alexander Stubb provoked quite a reaction when he pointed the finger of blame for the country’s misfortunes at a somewhat unexpected target, claiming US-based tech corporation Apple is largely responsible for the nation’s economic downturn.

“We have two industrial problems – two champions that went down” Stubb told CNBC. “I guess one could say that the iPhone killed Nokia and the iPad killed the Finnish paper industry, but we’ll make a comeback.” Finland is the main production site for Europe’s largest paper manufacturers, UPM-Kymmene and Stora Enso, and forestry accounts for around 20 percent of its total exports.

Nokia’s tale is a sad one. Since the first iPhone came out in 2007, Nokia’s share price has fallen by 75 percent, and in 2012 Standard and Poor’s downgraded its products to ‘junk’ rating. The company was acquired by Microsoft in April this year for $7.2bn.

I guess one could say that the iPhone killed Nokia and the iPad killed the Finnish paper industry – Finnish PM, Alexander Stubb

Not so evil
Blaming Apple is an easy option, but the facts make it an odd choice. In the second quarter of 2014, Apple’s iOS held just 11.7 percent of the global smartphone market, according to data by the IDC. Android continues to dominate the market, possessing 84.7 percent, with the remainder shared amongst Windows Phone (2.5 percent), Blackberry OS (0.5 percent) and others (0.7 percent).

It would be more accurate to say that Apple redefined the smartphone, giving the industry the kick it needed. Nokia was too slow on the uptake. Up until 2012, five years after the launch of the iPhone, Nokia was still the world’s largest handset manufacturer. It was then overtaken by Samsung, not Apple. Nokia’s penetration of the smartphone market was well-established through close and long-standing distribution relationships with mobile operators around the world and its decline happened gradually, giving the corporation ample time to regain its footing.

Stubb’s comment on the impact of the iPad on the paper industry is the most puzzling of all. The tablet market has been shrinking almost since the devices first came into existence; iPad sales have fallen by eight percent year on year since 2010. Tablets are great for many things, but to hold them responsible for the decline of an entire industry seems slightly far-fetched. Paper demand has been declining for decades, long before the iPad was even a dot on Apple’s radar.

A more accurate picture
A more realistic suggestion for the cause of Finland’s economic downturn would be current affairs in Europe. “EU sanctions against Russia and the severe slowdown in the German economy heavily impacted Finland’s economic health, with the two countries being Finland’s largest trading partners” says Camilla Goodwin, Communications Officer at the Institute of Economic Affairs.

It’s not all bad, however. Finland was rated the fourth most innovative nation in the world this year. Stubb acknowledges this fact, remaining optimistic: “Usually what happens is that when you have dire times, you get a lot of innovation and I think, in the public sector, our job is to create the platform for it.”

Stubb must busy himself proving to investors that Finland is able to keep up, and that it can handle competitive innovation better than Nokia. His comments, however facetious they were intended to be, could prove quite damaging. Taking a swipe at an unsuspecting and somewhat guiltless party is suggestive of uncertain leadership and a reluctance to accept responsibility – not very attractive to investors at all.