The cost of sexual assault

Conversation surrounding sexual assault tends to centre, quite understandably, on the physical and emotional effects on survivors. But by examining the economic aspect, the devastating consequences of harassment truly come into view 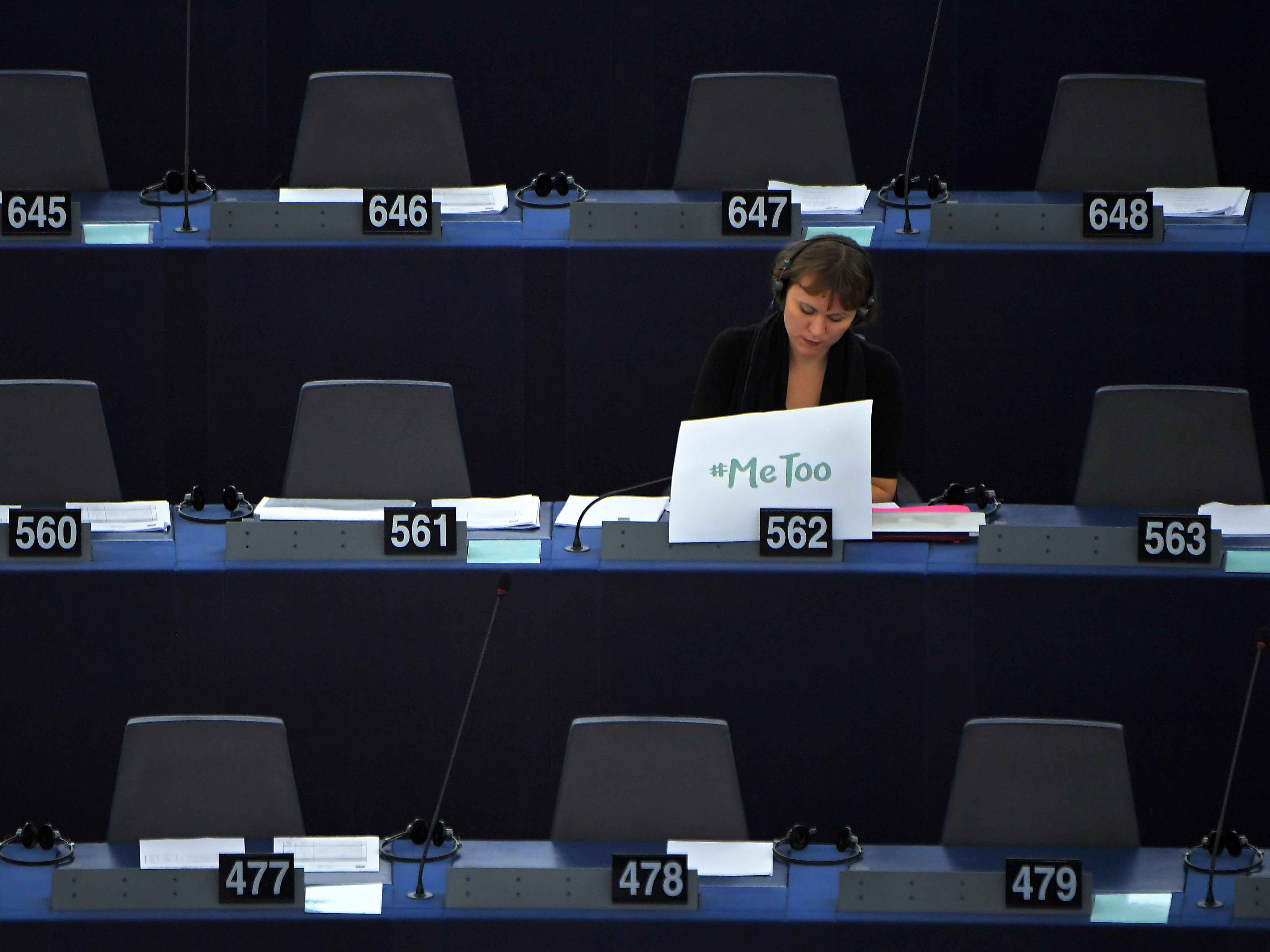 Those powerful words come from the UN Secretary General, cited in a 2016 report from the European Parliament, about the issue of violence against women – and in particular, the cost of sexual assault. It’s an issue that is estimated to cost between 1.5 and two percent of EU GDP every single year, equating to around €35 per capita at last count.

Discussions about sexual assault tend to centre on physical and psychological impact on individuals, in part because this elicits a more emotionally powerful response, but also because it requires less quantifying. To say that someone has been emotionally impacted by an incident of sexual assault is absolute, whereas quantifying economic costs is significantly more difficult. It relies on tying together fiscal data from a number of different sources, ranging from legal costs and the physical and psychological cost of treatment to the financial impact of reduced commercial output.

Gradually, though, that economic data is becoming more readily available, and is painting an unpleasant picture of the consequences of sexual assault – not just for the individuals who experience it, but for our entire economic ecosystem.

Economic data is painting an unpleasant picture of the consequences of sexual assault – not just for the individuals who experience it, but for our entire economic ecosystem

Physical trauma
The individual financial impact of sexual assault begins in the immediate aftermath of the attack. “There are potential medical costs that come with sexual assault: emergency care, preventative medications, mental health services, and more,” said financial coach Maggie Germano. Emergency medical treatment is often necessary, not only to ensure that the victim is physically treated for any injuries, but also to act as evidence in the case of a criminal trial.

In countries that do not have a paid-for medical system, urgent healthcare costs can be prohibitive, particularly for those from economically disadvantaged backgrounds. This could pose an impossible choice for victims: they could risk their lives if they aren’t tested for sexually transmitted infections, or they might be unable to pay for shelter, housing or personal hygiene if they do choose to have the treatment.

After a victim has been discharged from the emergency room, the physical implications of an assault do not disappear either. A study by Cleveland State University concluded that between 90 and 95 percent of women who reported being sexually harassed experienced some sort of physical or psychological consequences including headaches, nausea, stress, anxiety, depression and PTSD.

Ongoing conditions such as these can necessitate many years of regular therapy – a vast financial undertaking that may have varying degrees of success depending on the individual. However, without appropriate care, victims may find that their symptoms worsen, putting those who are particularly vulnerable at risk of suicide. According to research from Suicide.org, an estimated 33 percent of rape victims have suicidal thoughts, and 13 percent will take their own lives.

Legal consequences
Sexual assault is widely underreported for a range of reasons, from fear of retaliation to concerns surrounding non-belief of victims. According to a report from the European Women’s Lobby, between two and 10 percent of rape cases that take place across EU member states are reported to the police. An even smaller proportion go to trial, due to a number of factors including lack of evidence or a lack of means for the victim to press charges.

The legal costs involved in prosecution can also be prohibitive for victims, especially those from low-income backgrounds. This is a particularly significant problem in the UK as many are unable to afford civil litigation but do not qualify for public funding, which is only granted to single people earning less than £11,590 (€13,100). However, the average cost to the victim of prosecuting a rape case is around £10,000 (€11,300), according to 2016 figures– over a third of the average UK salary of £27,600 (€31,200) at that time.

The exceedingly low threshold for public funding effectively creates a ‘poverty gap’ for those on low incomes, where they are not able to take advantage of state aid or pay for private legal counsel.

If victims do decide to seek private financial help – such as by taking out a loan to engage a lawyer – this could precipitate a debt spiral that they are then unable to escape from. This is especially likely if they are incapable of returning to work due to physical or psychological trauma.

Many large corporations – particularly those that have a prominent public image – will often opt to settle out of court to prevent bad press if one of their employees is accused of sexual assault. Average fees tend to range from £10,000 (€11,300) to £15,000 (€17,000) depending on the accusation, which is rarely enough to mitigate the economic consequences for a victim forced to take time off work or change jobs. Settlement can also pose additional psychological consequences for victims as they may feel that their attacker has not been held accountable or that they have not achieved any kind of closure. As such, this legal option does not provide a resolute solution for victims, and can leave them at a severe economic disadvantage.

Bigger picture
Sexual assault also leaves society far poorer for myriad reasons, ranging from lost productivity to a lack of gender diversity in the workplace. According to research by the Global Policy Institute’s Heather McLaughlin and colleagues, around 80 percent of women who have been sexually harassed leave their job within two years, regardless of whether the incident happened in the workplace or not.

Germano told European CEO: “Some women leave their workplace, or their industry altogether, after experiencing harassment or assault. This limits their earning potential and may hold them back from progressing in their careers entirely.”

Not only does this negatively affect victims’ own careers, but it also has a detrimental effect on the economy as a whole. If women are unable to progress to the upper echelons of a firm – to a position where their ideas are listened to and implemented – society misses out on their creativity and ingenuity.

Nilofer Merchant, a successful entrepreneur and professor at Stanford University, wrote in an article for Harvard Business Review: “As people drop out, opt out, and tune out of their chosen fields, it affects the whole economy. It’s the missing female Harvey Weinstein who never got a chance to shape the full range of stories of our society. It’s the female Charlie Rose who never got a chance to earn the power and influence associated with that role.”

There are plenty of non-hypothetical examples too, such as Susan Fowler, who in 2017 revealed the systemic sexual harassment at Uber, or Ellen Pao, who attempted to sue her former employer Kleiner Perkins in 2012 for discrimination. Those women may well have ascended to the uppermost positions of those respective firms had they not experienced the harassment and discrimination in question.

Lack of female representation at the top also has a knock-on effect for younger women attempting to break into typically male-dominated industries. It has been proven time and again that companies with women in leadership positions are more economically successful than those without. However, it’s extremely difficult to attract women into environments with no female role models, especially if there’s a high likelihood that they will be economically disadvantaged in comparison to their male colleagues. Furthermore, for women that have previously been victims of sexual assault, either in the workplace or elsewhere, they may be reticent to enter an environment where something similar could reoccur.

Affirmative action
European CEO spoke to Elly Belle, a writer who is herself a survivor of sexual assault and frequently covers the topic in her professional life. She called for “systemic change, for reparations” for women who have lost their “entire lives and livelihoods” as a result of sexual violence. Belle also advocated for a cultural change in the workplace in the way that we approach assault: “If someone is sexually assaulted and needs to take time off work, or has to deal with legal fees, we really need an overhaul of how systems work to accommodate and to help that person. If you’re someone [who] works in a corporate environment, others within that environment should be trying to help.”

She believes that cultural change needs to happen at every level of the professional ecosystem, and should mean that all employees treat survivors with understanding and compassion: “An office should be a welcoming and healthy enough place to begin with that [a] person feels that they can share that personal experience and doesn’t feel that they will be shamed, or lose their job, or suffer more economic disadvantages if they open up and say ‘this is my experience, this is what happened to me, and I need to take time off, or I need legal help’.”

Germano echoed Belle’s sentiment: “There should be clear, outlined rules in place regarding sexual harassment and sexual assault. It must be clear that this type of behaviour will not be tolerated, and it should also be clear that victims will be… supported if anything happens to them.”

Although adopting an economic viewpoint may seem cold when discussing such an emotionally traumatic event, it is a vital aspect to consider in terms of precipitating change

A numbers game
Although adopting an economic viewpoint may seem somewhat cold when discussing such an emotionally traumatic event, it is nonetheless a vital aspect to consider in terms of precipitating change. Financial markers can provide a basis of governmental and corporate policy, as they offer concrete and tangible evidence of the impact that sexual assault.

As Belle said: “Who knows what ideas, dreams, and abilities survivors have had taken away from them as a result of their experience?” Running the numbers affords some insight into what these things could have been worth had they not been stalled by sexual assault. It also gives an understanding of the scale of the problem in a way that transcends the individual experience.

Two percent of EU GDP – the estimated annual cost of sexual assault – equates to €376bn for 2018. That vast sum is over €100bn more than expenditure on defence across the entire EU bloc, which stood at €226bn at last count. Those numbers are unfathomable for individual citizens, but they mean something to governments and to multinational corporations: they signify a problem too big to ignore.