As the stigma surrounding loneliness begins to break down, the staggering cost of the so-called ‘hidden epidemic’ on the workplace is coming to light 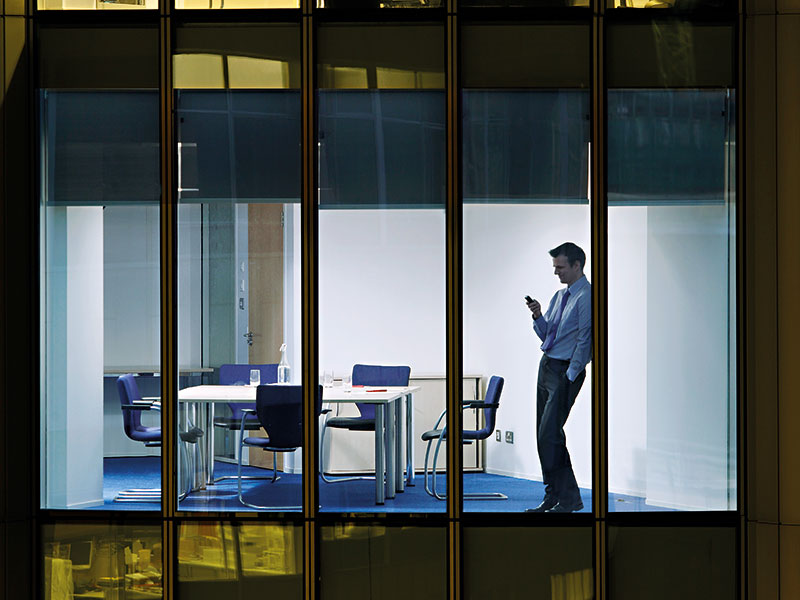 While the conversation around loneliness and its relation to wellbeing is gaining momentum, it is still largely neglected in the workplace
Management

According to a poll by management consulting firm Gallup, 87 percent of employees worldwide are not engaged with their work. Through its research, Gallup found one surprising driver of engagement: whether or not an individual has a best friend at their workplace.

Age UK defines loneliness as an individual’s personal, subjective sense of lacking social or familial contact. An international survey by non-profit group the Kaiser Family Foundation (KFF) found that the condition is widespread, with 23 percent of adults in the UK, 22 percent in the US and nine percent in Japan always or often feeling lonely or socially isolated.

What’s more, loneliness often goes hand in hand with negative health conditions. Vivek Murthy, former surgeon general of the US, compared the health impact of loneliness to that of obesity or smoking 15 cigarettes a day.

Although it is not clear whether loneliness leads to poor health or vice versa, a 2015 meta-analysis led by Julianne Holt-Lunstad, a psychology professor at Brigham Young University, found that lonely people had a 26 percent higher risk of death. But loneliness is not just a public health problem: as more employees begin to disengage at work, it is increasingly an economic concern.

Ending the stigma
In 2015, Eurostat found that six percent of adults in the EU had no one to ask for help if they needed it. The results were particularly bad in Italy and Luxembourg, which, at 13 percent, were more than double the EU average. Another six percent of EU citizens said they had no one with whom they could discuss their personal matters.

While the elderly are disproportionately affected, loneliness generally does not discriminate based on age, gender or nationality

In a study of late-life loneliness in Europe, Thomas Hansen and Britt Slagsvold of Oslo Metropolitan University found the rate of ‘quite severe’ loneliness was worst in Eastern European countries (30-55 percent). In Western and Northern Europe, better living conditions and welfare provisions meant 10 to 20 percent of respondents were experiencing the same degree of loneliness.

But while the elderly are disproportionately affected, loneliness generally does not discriminate based on age, gender or nationality, according to Karen Dolva, CEO and co-founder of No Isolation, a Norwegian start-up that aims to reduce loneliness through technology devices. “Loneliness is an increasingly pressing issue and not something we can keep brushing under the carpet,” Dolva said.

Across Europe, more countries are broadening their understanding of loneliness through campaigns and research initiatives. The UK took charge in 2018 by appointing the world’s first loneliness minister, while countries including Denmark, Switzerland and Germany are bringing the issue of loneliness into the global conversation.

All together now
While the conversation around loneliness and its relation to wellbeing is gaining momentum, it is still largely neglected in the workplace. A study compiled by the New Economics Foundation estimated that 1.2 million Britons suffer from chronic loneliness.

This number costs employers £2.5bn (€2.88bn) a year due to the effect loneliness has on the health of employees and those they care for, as well as the ripple effect on productivity and staff turnover. The report concluded: “It is in [employers’] interests to take both reactive and preventative approaches to minimise the loneliness of their employees.”

A number of factors can contribute to workplace loneliness. The increasingly nomadic nature of work is one: remote working is more popular than ever, and employees tend to converse over instant messaging or email rather than face to face. Plus, as the working day stretches longer, many employees choose to eat at their desks and dash home as soon as they clock out.

But the benefits of reducing workplace loneliness are numerous, including increasing workers’ efficiency and commitment to the job, as well as reducing staff turnover and absences due to sickness. To reduce loneliness at work, managers must first acknowledge the issue and discuss it with their employees.

Dolva said: “Making sure your employees understand loneliness and [knowing] that you as a company are doing what you can to reduce it is a great starting point. The next step can be to map out and get to grips with the reasons… why some of your employees might, or do, feel lonely.”

According to Dolva, small changes – such as introducing a fixed time for lunch – can make a big difference. “At my company, lunchtime is sacred,” she told European CEO. “In good, old-fashioned Norwegian style, every employee takes half an hour off at the same time to eat lunch and chat with their colleagues. Every day you end up sitting next to someone new, and over time, you get to know your colleagues really well, which definitely helps all of us to feel more included and less lonely.”

Managers can also take actions like mixing up their teams, starting a mentoring scheme for new employees, or arranging social activities outside of work, such as football teams or monthly museum visits. However, one often overlooked area of workplace loneliness is right at the top: managers or CEOs who differ from their co-workers in terms of age and responsibilities. In an article for Harvard Business Review, Murthy wrote that half of all CEOs suffer from loneliness.

Double-edged sword
There are no easy solutions to loneliness. Puzzlingly, one of the potential treatments – technology – is often cited as one of its main causes. It is easy to point the finger at social media, which shows users a carefully curated, largely positive account of their friends’ lives, fuelling feelings of anxiety and ‘FOMO’, or fear of missing out.

However, participants in the KFF study said social media was strengthening their ability to connect with others in a meaningful way. Those who reported experiencing loneliness were divided on whether they thought social media made their feelings of loneliness better or worse.

“It is a sad irony that we are living in an incredibly well-connected time – smartphones allow us instant communication, crossing time zones and oceans in a matter of seconds – yet we still haven’t solved the issue of loneliness,” Dolva said. She added that tech entrepreneurs should address concerns and improve social interactions with what she calls “warm technology”.

She told European CEO: “Warm technology is an area of innovation that is rooted in social responsibility, and harnesses the capabilities of existing technology to solve the big societal issues that we are currently experiencing.”

No Isolation, for instance, makes devices to combat loneliness, such as KOMP, a screen that allows seniors to receive calls, images and messages from family members who have an accompanying app. Users are not required to have any digital skills to use KOMP. The company has also developed a telepresence robot that allows pupils who take extended time away from school due to an illness to maintain a presence in the classroom.

Loneliness is unlike many other illnesses in that it weaves its way into every aspect of a person’s life, leading to poor health and a withdrawal from the workplace. In an interview with Quartz, however, Murthy explained that loneliness is unique in another way: “[What] I find profoundly empowering about addressing loneliness is that the ultimate solution to loneliness lies in each of us. We can be the medicine that each other needs.”

Now that light is being shed on what the Red Cross has called the “hidden epidemic” of loneliness, employers must ensure they are providing the support their employees need.