Appointing a CEO can be a lengthy process, but it needn’t be arduous. A structured succession plan provides companies with the best chance of finding the right replacement 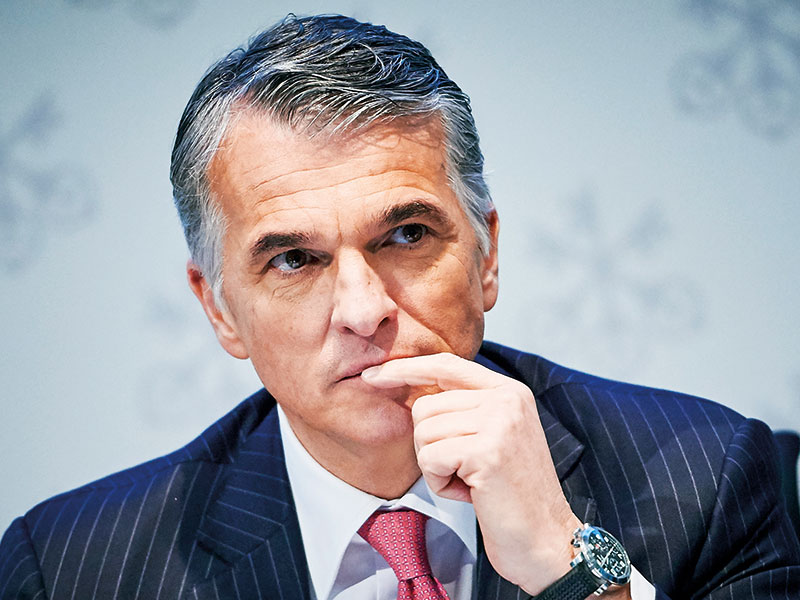 In December 2018, a source at UBS suggested that outgoing CEO Sergio Ermotti could remain in place for a further two years while the Swiss bank considered candidates to replace him. Clearly, appointing a new chief executive is not a process that should be taken lightly.

It is understandable if an organisation wants to take its time to replace its CEO. After all, the person sitting at the top of the corporate ladder holds huge sway over the company’s direction. The rest of the board can also influence its trajectory, of course, but the CEO is often regarded as the difference between success and failure.

Replacing a CEO is never easy. Sometimes there isn’t an internal candidate of suitable experience, or external candidates are deemed too expensive to recruit. Occasionally, CEOs simply don’t want to leave their posts, even when the industry they inhabit has developed far beyond their level of expertise. Given the difficulties that come with replacing a CEO, companies should ensure their succession plans remain under constant review – it is impossible to predict when they will be needed.

Top of the tree
From the outside, it may seem as though the CEO is little more than a figurehead. For some companies, that may be the case – sign this, approve that, etc. But in many organisations, they have a much more hands-on role. In this situation, even a planned departure can cause a noticeable loss in investor confidence. When the transition is abrupt, the financial damage can be severe: a 2010 study by Morten Bennedsen, Francisco Pérez-González and Daniel Wolfenzon found that CEO deaths were associated with a 1.7 percent decline in operating return on assets.

The ideal CEO profile should not only pair well with a company’s current needs, but also its future priorities

What’s more, some CEOs have become synonymous with the businesses they run, such as Elon Musk at Tesla and Jeff Bezos at Amazon. Every statement these individuals make – whether a keynote speech or a pithy tweet – is analysed to gauge their companies’ next steps and whether they are worth investing in. Replacing such iconic entrepreneurs is always likely to prove disruptive, but even organisations away from the media spotlight find it difficult to replace an outgoing CEO.

“The chances of failure are not insignificant – 30 percent of Fortune 500 CEOs last less than three years,” Claudio Feser, a senior partner at McKinsey & Company, told European CEO. “This is a clear indication that a number of issues have not been thought through in advance of the succession process. At McKinsey, we are very strong proponents of having a structured process in place.”

Although the succession process can be undertaken in a variety of different ways, it should definitely be formulated well in advance of a CEO’s departure, involve a thorough assessment of potential candidates, and be aligned with the company’s future business strategy. In addition, it is a good idea to communicate with investors, employees and customers about the company’s plans. A clear and transparent process can prove reassuring when there is a major change at the top of an organisation.

Common mistakes
One of the major quandaries businesses face when looking to replace their CEO is whether to go for an internal or external appointment. Research from the Adelante Group, an Australian leadership advisory firm, indicates that internal candidates generally fare better, with data showing external appointments are twice as likely to fail as those promoted from within.

Despite this fact, Melissa Lamson, an industry thought leader who has written extensively on the subject of corporate management, believes the correct approach varies on a company-by-company basis: “It all depends on how healthy an organisation is as a whole. If there is a negative atmosphere, a new leader from the outside may bring some much-needed fresh air.

“It also depends on whether the company has a sophisticated succession planning process. If an appointment from within is to work, it remains essential for businesses to cast a wide net internally, have a mentor programme and to have considered diversity at the leadership level.”

It is certainly important that businesses do not allow their succession planning to become myopic. It is easy for biases to creep into the process and reduce the likelihood of a successful appointment. Sometimes, CEOs fall into the ‘more of me’ trap, hoping for a successor in his or her mould. Conversely, they can – whether consciously or not – promote a candidate that is ill-prepared to take over, prolonging their own stay at the top. Another issue that frequently plagues businesses looking for a new CEO is the false belief that there is a candidate out there who is ready to slot straight into the role. “The CEO succession should not be so much a selection process as a development process,” Feser said. “The succession isn’t finished with the appointment – this should be seen as a midpoint. After this, the board needs to help the new CEO to develop and grow to his or her full potential.”

Internal development programmes are an absolutely vital aspect of CEO succession. Once a new chief executive has been earmarked, a transitional period can help ensure they are ready for the position when they take the reins for good. A rotation system that allows the new appointment to get to grips with a wide variety of different roles across the business can also prove helpful. After all, CEOs are not born – they’re made.

Always on the lookout
Not all CEO departures are easy to plan for. Corporate misdemeanours can bring tenures to an abrupt end, as was the case when allegations of personal misconduct were levelled at former WPP CEO Martin Sorrell last year. Ill health can strike equally fast. The threat of a sudden change at the top means businesses should always be prepared.

“The succession planning process is not a once-in-a-lifetime thing,” Feser said. “It needn’t be torturous to select a new CEO if the right process is in place and you have a number of candidates [whom] you have developed and… are familiar to the board. Every large organisation should have a fall-back plan should the CEO leave tomorrow. If you have an ongoing succession programme – like you have with performance management – and a good view of the candidates, CEO succession should not provoke a crisis.”

CEOs themselves also have a role to play in preparing the company for its next step. Leaders may want to begin divesting responsibilities long before they move on, ensuring that any change is gradual rather than abrupt. Collectively, the company should review its leadership on a regular basis, particularly as industries are constantly shifting – a chief executive with cutting-edge ideas can quickly become out of touch.

When looking for a new CEO, businesses should assess the culture and values of their organisation and make those explicit to potential candidates. The appointment also needs to be forward-thinking: the ideal CEO profile should not only pair well with a company’s current needs, but also its future priorities.

A competency model looking at experience, accomplishments, performance and leadership should be employed, but this needs to take place long before the CEO departs. If a company begins its search for a new chief executive after the incumbent has stated their intention to leave, then it may have already left it too late.