The oil and gas industry opens its doors to women

Traditionally seen as one of the most macho industries, the oil and gas sector is starting to feel the burden of being left behind the curve in terms of gender diversity and broad, modern career appeal 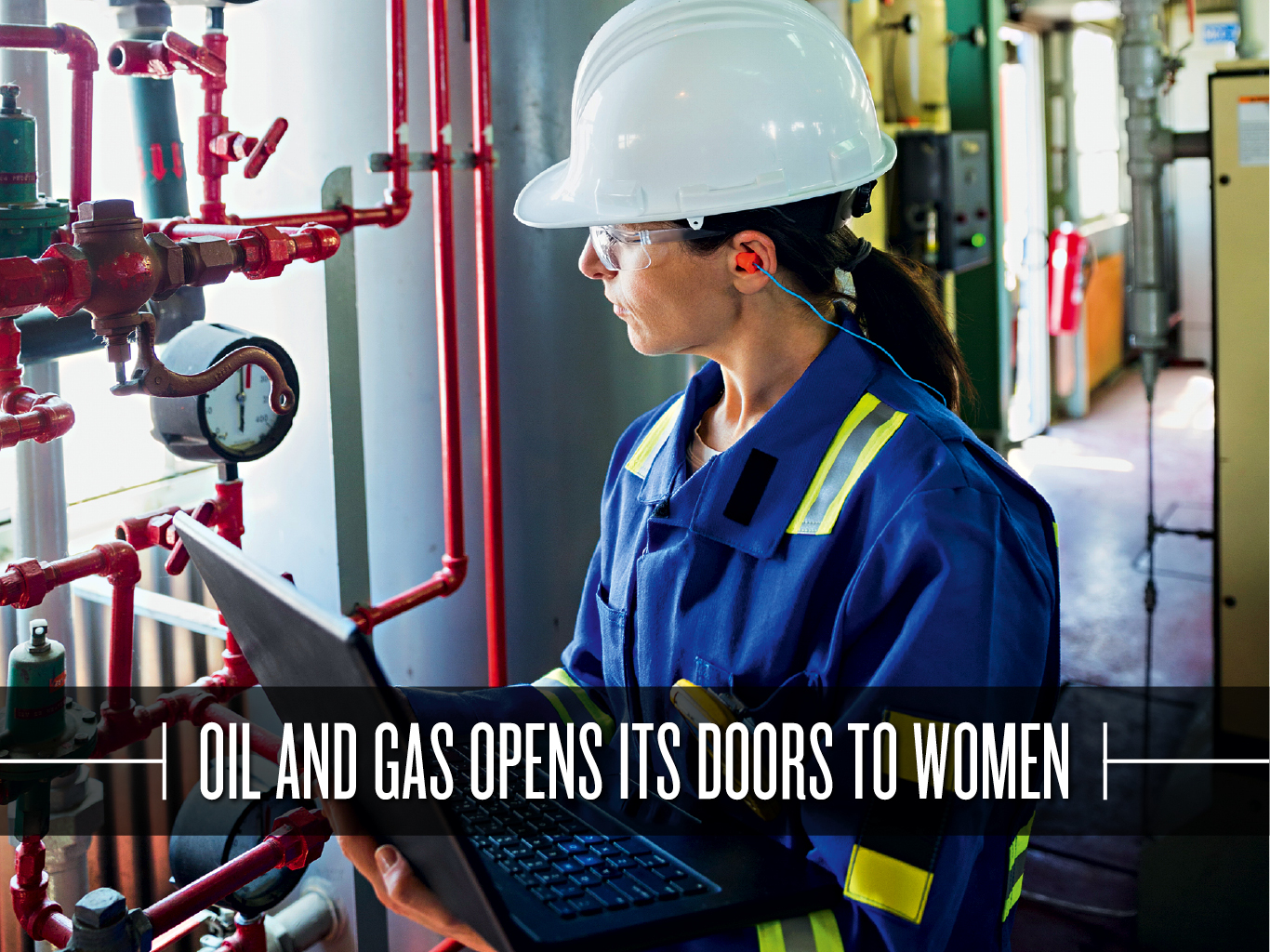 An industry survey carried out by BP and RigZone at the tail end of 2013 found that, while career prospects for women in the oil and gas industry were much improved over past years, almost three quarters of the 3,000-person sample saw the sector as a male-dominated one. Add to this the fact that one in five strongly agreed that gender-based discrimination occurs in the workplace, and the results here are closely in keeping with the often-levelled criticism that opportunities for women in oil and gas are few.

Nonetheless, the report also goes to some length to underline the efforts made in recent years to rid the industry of its macho, male-suited image and promote greater inclusivity. “We want women to know that the oil and gas industry has made tremendous strides in recent years and that it offers opportunities not provided by other sectors” said Kirsty Bashforth, Group Head of Organisational Effectiveness at BP. “While the industry acknowledges it still has work to do in terms of a gender-balanced pool of talent, the results of this survey demonstrate that industry initiatives and programmes to engage women about careers in oil and gas are making an impact and we need to keep focused for them to continue to do so.”

Elsewhere, American oil services giant Halliburton made waves on the same subject, most notably at a recent industry conference when company officials distributed branded nail polish and lipstick to arrest concerns that the industry in any way discriminated against women. While this gesture could well be interpreted as a hollow attempt to garner attention, there does still exist a tangible push to balance the scales as part of what some in the industry are calling the ‘great crew change’.

Baby boom bust
Decades of stagnant hiring practices have left the oil and gas industry with a gaping skills shortage, and, as the last generation of oil executives nears retirement age, major names are looking to introduce new talent to fill the void. As has been noted by GE Oil and Gas CEO Dan Heintzelman, a staggering five million – or 50 percent of the industry’s total workforce – will be eligible to retire in 2015, leaving companies with a major obstacle to contend with and to compete with one another over.

Historically, companies have looked to a very limited geography and candidate profile when seeking new personnel. Furthermore, the narrow-mindedness with which recruiters have appointed executives in years past means that appropriate individuals are becoming increasingly hard to come by, with the few qualified candidates that remain being inundated with offers.

This dent in the talent supply chain is forcing the hand of oil and gas players when bringing appropriate replacements to the fold, and recruiters are today looking to a wider and more diverse talent pool to replenish the void left by years of unimaginative hiring. In an industry where innovation and stability are key, casting a wider net is essential. Diversity, not only in terms of gender, but on all fronts, is vital if the industry is to see positive change and avert a fatal skills shortage.

Perpetuated in large part by the mass redundancies made in the early 90s, the industry is suffering the effects of a so-called ‘lost generation’, which, little over two decades ago, saw the oil and gas business as little more than a killing field for young talent. It was then that financial services and other professions came to be seen as safer, preferable alternatives. To this day, the industry is struggling to shake this troubled reputation.

Changes in the pipeline
After years spent with an all-too-familiar type of executive at the helm, and very few women to speak of, the industry is finally beginning to answer age-old questions on the subject of diversity in the workplace. And where once oil and gas was seen as a classic case in how opportunities for men and women in business are unequal, the industry is today taking strides to balance the scales and avert a looming employment crisis.

As the baby boom generation closes in on retirement, the primary focus for those in the industry should be on finding new ways of attracting executive personnel. For one thing, with a greater number of women graduating in related subjects such as engineering and geosciences, a willingness to look beyond the male-only workforce could well grant the sector a much-needed lifeline. And by looking to a new generation of female leaders, the oil and gas industry could also answer a lot of questions on the subject of discrimination, not to mention generate positive publicity.

“The oil and gas industry has made significant progress in recent years, offering tremendous career opportunities for women. Whether working internationally or domestically, onshore or offshore, the possibilities are endless”, said a BP spokesperson. “There is still work to be done to address the gender balance, but the industry is working hard to engage women about careers in the oil and gas sector.”

Multi-level revolution
Although much of the talk on gender diversity so far has centred on senior management and executive positions, this is not to say that the issue is any less prevalent at the lower rungs of the employment ladder. “You’re seeing a change in focus not only on women in boards, but on the whole talent pipeline” says Kusia Pell, Global Content Strategy Director at the Women’s Oil Council. “I think, increasingly, it’s being seen as a wider talent problem rather than just a women at senior level one. And, I think, there’s increasing talk about the whole chain rather than only the most senior positions.”

With the latest generation of graduates all too frequently overlooking oil and gas as a career, increasingly, major names are partnering with universities and recruiters to position themselves as an attractive destination for millennial talent, particularly women. “Those campaigning for gender diversity are finding a place in the debate about how the oil and gas sector is going to replenish its current workforce at all levels, says Pell. “Again, that’s where I think it all feeds into the same wider problem, which is that currently there’s an unsustainable talent pipeline and they just don’t have the right people.”

As the pressure on oil companies to plug the skills gap builds, so too will the focus on opportunities for women in the workforce. “I’m not convinced from what I hear from our network that enough is being done” says Pell. “It’s about boards actually making change, and, again, it has to be change throughout the organisation. Of course, no one wants to be promoted for anything other than their skills, obviously, but there needs to be change right down to recruitment, how you recruit, where you’re recruiting, and how you communicate to the wider world what an interesting career oil and gas can be.”

One thing is clear; as pressure on the industry to balance the scales builds, we are about to see the beginning of a new era for the oil and gas business, almost certainly with a new generation of female leaders at the helm.