To become a better leader, look to neuroscience

Keeping physically fit is one thing, but maintaining good cognitive function is just as important – especially for business’ top decision-makers 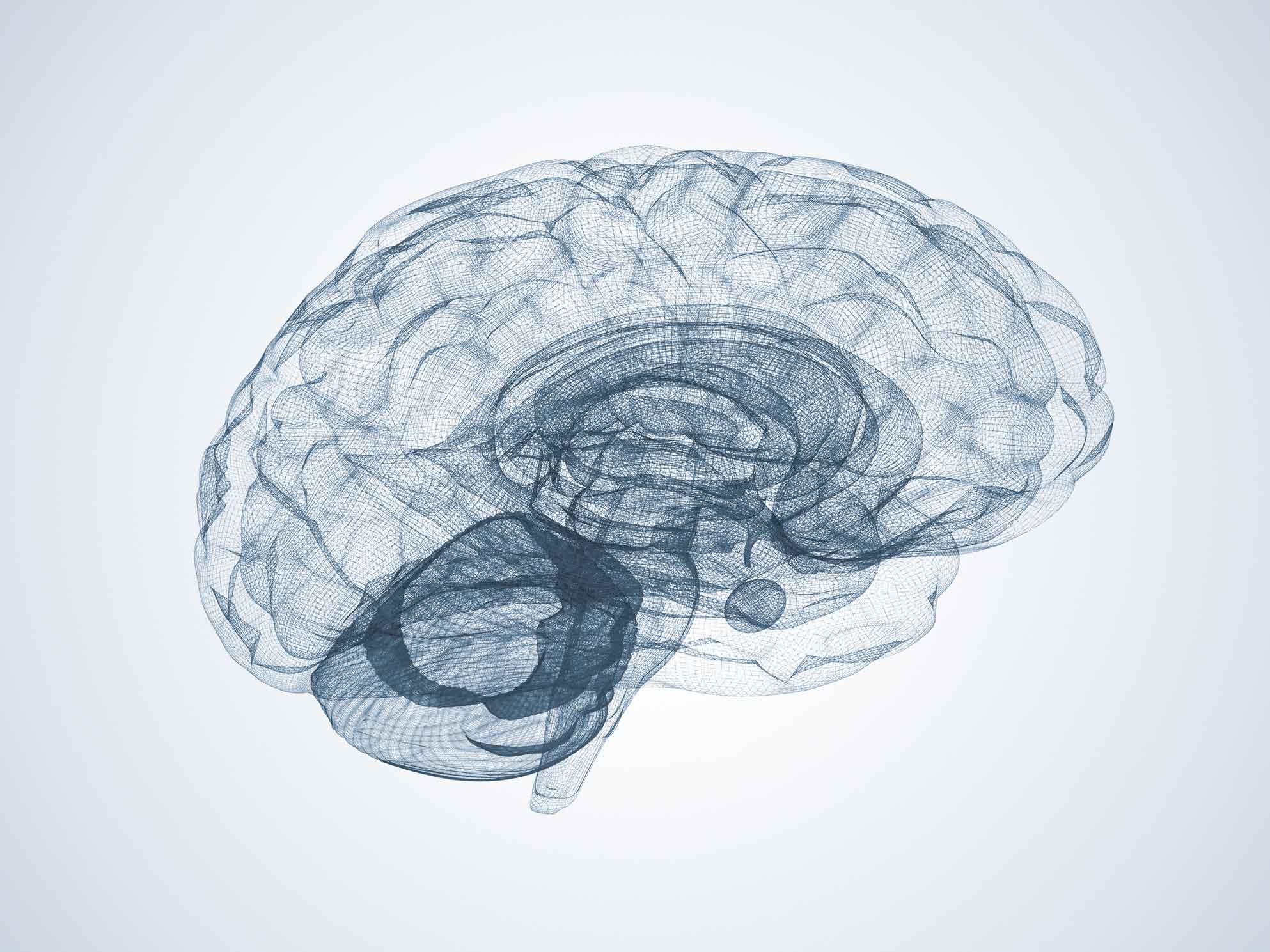 The cognitive assessment and training industry will be worth $8bn by 2021, but experts still question whether it’s possible to ‘rewire’ the brain to unlock new potential
Management

Historically, many large multinational companies have sent their senior management teams on leadership courses. However, with increasing frequency, businesses are now turning to neuroscientists to provide this training instead. These experts of the mind promise to solve every issue from productivity to innovation by tackling them at their root cause: the infamously fallible human brain.

As our understanding of the brain increases, the market for training and enhancing it grows. According to Research and Markets, the cognitive assessment and training industry will be worth $8bn by 2021. The billion-dollar question, then, is whether any of it works – whether it’s possible to ‘rewire’ the brain to unlock your inner, high-functioning human, or whether your level of mental aptitude is set in stone.

Rewiring the brain
For top decision-makers, there’s no underestimating the importance of brainpower. Business leaders are expected to process information quickly and accurately, solve complex problems and demonstrate mental resilience in the face of a crisis. For these individuals, a high-functioning brain is essential. However, neglecting to take care of this vital organ is all too easy.

“Leaders are essentially paid to use their brains,” said Dr Tara Swart, who – as a neuroscientist, leadership coach and author of The Source, which focuses on harnessing the brain’s neuroplasticity to unlock its potential – helps business executives improve their cognitive function. “The CEOs of some of the biggest organisations in the world wouldn’t get into a car in the morning without checking that it had petrol. But they would come to work with no breakfast, no water – and, basically, take their brain for granted.”

We used to think of the human brain as fixed: for centuries, it was believed that a person’s cognitive function or risk of developing a neurological disease was an uncontrollable, virtually predetermined fact of their being. Then, over the latter half of the 20th century, a plethora of studies found that the brain actually changes throughout our lives. Now we know that our brains are shaped by everything from successes to trauma to our daily habits. It’s this idea of neuroplasticity that underpins much of modern brain coaching.

Laura Andreae, a senior lecturer at the Centre for Developmental Neurobiology at King’s College London, defined neuroplasticity in the following terms: “Neuroplasticity is the ability of neural circuits to change. In particular, what changes is the strength of connections between neurons (synapses) or the number of such connections.”

Improving neuroplasticity is key to improving cognitive function. With a less malleable brain, individuals are more likely to fall into bad habits and refrain from picking up new skills or exploring unfamiliar viewpoints. Arguably, these behaviours impede one’s quality of life, but it goes further than that: by becoming complacent in this way, we might be speeding up deterioration in our brains. Giving up on brain fitness, therefore, becomes a self-fulfilling prophecy.

Neuroplasticity shows that this kind of decline isn’t inevitable. On the contrary, we are able to create new neural pathways and strengthen them throughout our lives. “Think of it as going from a dirt road to a motorway,” Swart told European CEO. “I could say, ‘I’m going to work on that pathway, which is currently a dirt road.’ The more I use it, and the more I repeat activities, I can build it up to a motorway.”

A word of caution
Neuroplasticity tells us we have the innate ability to take control of our brain’s physical structure. Understandably, this concept has a lot of allure and because of this, it has been shoehorned into more extreme, spiritualist readings of the relationship between mind and body. “You are what you think,” say those who’ve interpreted neuroplasticity as a sign that we can bring about miraculous psychological and physical change at will. Some of these individuals even go so far as to argue that we could cure blindness with positive thinking (a phenomenon explored in Norman Doidge’s 2007 bestseller, The Brain that Changes Itself).

Neuroplasticity shows that mental decline isn’t inevitable: we are able to create new neural pathways and strengthen them throughout our lives

We should be wary of taking the concept of neuroplasticity to such extremes, Andreae argued: “At a simple level, we know that the brain is plastic, and we are all effectively ‘rewiring’ our brains all the time – we are constantly forming new synapses and breaking down old ones… However, that’s quite different from saying that we can or can’t change long-standing patterns of behaviour.”

On account of the huge knowledge gap between neuroscientists and the general public, people may be more likely to take the findings of neuroscience at face value. This makes it relatively easy to creep away from scientific fact. For instance, some literature – like an article published by the EOC Institute, titled Harnessing Neurogenesis: How To Change The Adult Brain Through Meditation – refers to unlocking the brain’s true potential by “harnessing neurogenesis”. Neurogenesis – the creation of neurons in the brain – is often conflated with neuroplasticity, but it has a much less conclusive body of evidence to back it up. “We aren’t yet really sure what happens to newborn neurons or precisely what they are for, even in mice, where we know adult neurogenesis happens,” Andreae told European CEO.

The hype around neuroplasticity is such that it can leave the concept open to misuse and misinterpretation. This is especially problematic as it could, in the long term, undermine people’s trust in applied neuroscience.

False claims
As well as being commandeered to support these more extreme views, neuroscience has also been falsely used to market brain-training apps. In recent years, there has been an explosion in the number of such games, all claiming to improve cognition and protect the brain against age-related diseases. Unfortunately, such claims are often unsubstantiated: a 2017 study found little evidence that these games had the neurological benefits being claimed. One such brain-training app, called Lumosity, had to pay a $2m settlement in 2016 after the Federal Trade Commission concluded there was no scientific basis for its assertion that it could stave off age-related decline.

This doesn’t necessarily mean that consumers should steer clear of all brain-training apps: some do appear to improve brain function, though only when the training can be transferred to other types of cognitive abilities. For instance, doing crosswords may make you better at doing crosswords, but it doesn’t do much else (unfortunately for Baby Boomers, crosswords’ biggest user base). Programs like BrainHQ and Cognifit, meanwhile, aim to improve the speed and accuracy with which the brain processes information; a number of peer-reviewed studies have found that these programs do indeed improve cognition.

To improve the mind, improve the body
Swart is a strong believer that peak brain performance begins with a healthy body. Although the lifestyle changes needed to achieve this can seem daunting – and may be particularly difficult to achieve for a busy decision-maker – she recommends building up small habits over time. “I always say, try to change 10 things by one percent, rather than one thing by 10 percent,” she told European CEO.

First, Swart stressed the importance of a good night’s sleep. In recent years, despite the health benefits of sleep becoming better established, many business leaders are still guilty of forgoing rest in order to maximise their productivity. “Although 98 to 99 percent of human brains need to sleep seven to nine hours, all of my coaching clients seem to think they’re in the one to two percent that doesn’t need to sleep that much,” she said. The negative effects of sleep deprivation are well documented: four or five nights of very poor sleep can have the same impact on our judgement and focus as turning up to work drunk.

There are many things that business leaders can do to improve their neuroplasticity, beyond simply downloading a brain-training app

Another significant factor affecting brain health is diet. “The brain makes up only a very small part of our body weight, but it uses up a quarter of what we eat,” said Swart. The ‘brain-friendly foods’ she recommends are oily fish, nuts, avocados and eggs. She also suggests taking magnesium supplements to improve brain function, as this is a vital mineral that most people in the Western Hemisphere are woefully deficient in.

Finally, Swart believes that anyone in a decision-making position should take up some form of meditation or mindfulness practice. “People used to say that one day of practising mindfulness would be like going to the gym. I think we’re actually there now,” she said. “To be honest, if you’re not doing something like that nowadays, you’re probably more unusual.”

The reason meditation is so beneficial for the brain is mostly physiological, Swart explained. Meditation reduces the levels of cortisol – the primary stress hormone – in the body, which can significantly impact how you function in the workplace. “When these levels are lower, your decision-making is less biased by fear and avoidance and more focused around innovative thinking and taking healthy risks,” Swart said.

Switching it up
Clearly, there are many things that business leaders can do to improve their neuroplasticity, beyond simply downloading a brain-training app. Some of these activities can serve as hugely rewarding hobbies throughout executives’ lives. For example, neuroscientists recommend taking up a fitness regime to improve brain function: according to a 2018 study published in the Proceedings of the National Academy of Sciences of the United States of America, even 10 minutes of exercise has an immediate impact on neurocognitive ability, increasing patterns of brain activity that are linked with memory improvements.

Learning a new skill is also a well-known method for enhancing cognition. It’s been found that musicians who practise regularly have multiple cognitive advantages and a lower risk of age-related neurological diseases. Bilingual brains also have more grey matter in their anterior cingulate cortex.

What music practice and language learning have in common is that they are both very complex activities. This means the health benefits extend to any complex skill that is unfamiliar and mentally challenging – whether that’s digital photography or quilting, as one study found.

In recent decades, we’ve made significant breakthroughs in our understanding of the human brain. While there’s still a huge amount to be discovered, we are now in the position to make informed decisions about how to enhance our cognitive function. The things we need to do are not only simple – they are, for the most part, fulfilling. For example, 18-month-old mice (the equivalent of 65-year-old humans) developed five times the number of new neurons as fellow rodents when given wheels to run on, tunnels to explore and other mice to meet. Keeping our brains healthy doesn’t have to be a chore or another morbid concern to worry about: it can be enjoyable and life-enhancing in itself.