Many notable entrepreneurs swear by the importance of getting up before the sun has risen. However, the scientific evidence that morning larks are more successful than night owls is flimsy at best 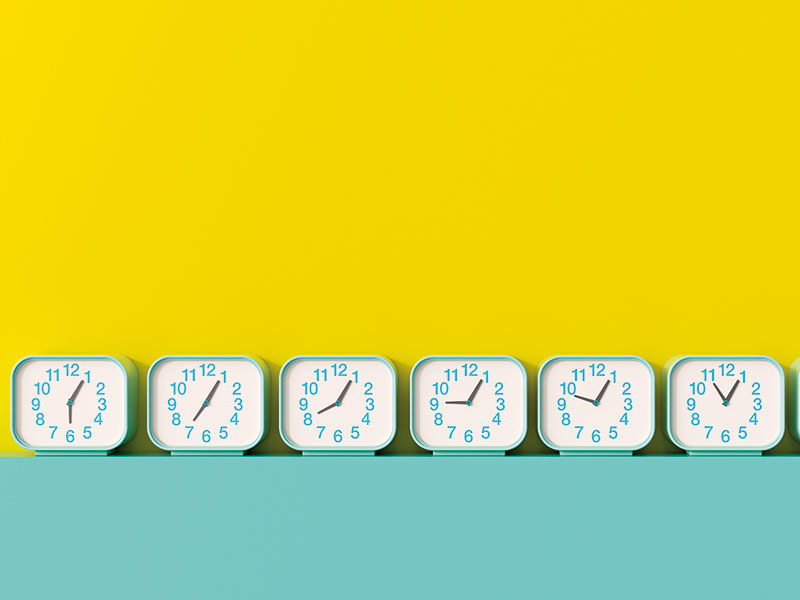 Rise and shine: the corporate world is filled with examples of successful individuals expounding the merits of getting up early
Lifestyle

Early to bed and early to rise makes a man healthy, wealthy and wise. This ethos, first published in John Clarke’s Paroemiologia Anglo-Latina in 1639 and popularised by Benjamin Franklin, seems to be working for many of the world’s most successful business executives. Apple CEO Tim Cook reportedly sets his alarm for 3:45 every morning, before checking his emails, heading to the gym and finally starting the workday. Twitter CEO Jack Dorsey wakes up before dawn to cram in some meditation before his commute, while Ursula Burns, CEO at VEON, is out of bed by 5:15am.

The corporate world is filled with examples of successful individuals expounding the merits of getting up early. To some, this feeds the idea that top executives are a kind of superhuman, ready to leap out of bed and take on the world while the rest of us are still dreaming about winning the lottery. For others, it suggests that fewer hours in bed is all it would take to become a wealthy entrepreneur themselves. Neither is likely to be true.

In fact, the evidence that early risers are more successful than late ones is mixed at best. While it is true that some studies have found a connection between sleep patterns and productivity, they are far from conclusive. It is also difficult to draw general conclusions – the best time to get out of bed differs from person to person. Ultimately, whether you are an early bird or a night owl is unlikely to determine how well you do in your career.

You snooze, you lose
Undoubtedly, there are some benefits to getting up early. For executives with hectic schedules, the time before the sun rises is a rare period of tranquillity that allows them to compose their thoughts or squeeze in some personal development, whether mental or physical. These distraction-free hours are essential when every moment in the office is punctuated by a phone call, email or meeting.

For many, the idea of starting the day at 5am is inconceivable, especially if their current morning routine is already proving taxing

Another reason why many CEOs start working before daybreak is that there is simply so much to do. A hands-on chief executive might need to meet investors, approve budgets, set company-wide strategies, approve hires and much more besides. If an organisation is cross-border, the job role may also involve a fair amount of international travel. And that doesn’t even begin to factor in a CEO’s personal life: their family and hobbies also need to be considered. Getting up early may not be a way of boosting productivity; it might be a necessity.

“An individual will always be most successful in business or anything that requires high performance when they have a good relationship with their natural chronotype,” explained Professor Colin Espie, Co-Founder and Chief Medical Officer at Big Health. “If you are a natural evening person, for example, you will likely be most productive late on in the day or evening, and mornings will not be your best time.

“If you are a night owl and try to get up early every morning you may just end up sleep deprived because you won’t necessarily fall asleep earlier just because you’re getting up earlier. Most people are neither extreme morning people nor extreme evening people: they are somewhere in the middle. If that is the case then you can try experimenting with bedtime and rise times, but the key to productivity is getting enough sleep.”

Still, there is some evidence that suggests getting up early provides benefits – even if it isn’t exactly substantial. A study conducted by biologist Christoph Randler found that early risers were more proactive than those that preferred a lie-in. In addition, individuals that dread the sound of their alarm may find themselves hitting the snooze button in order to gain a few extra minutes in bed.

The problem with this approach is that it results in poor-quality rest. Research indicates that fragmented sleep can result in higher rates of exhaustion and even aggravate mental illness. Whether the sunrise or your alarm clock is telling you to get up, it is usually best to obey.

Not worth losing sleep over
For many, the idea of starting the day at 5am is inconceivable, especially if their current morning routine is already proving physically and mentally taxing. However, if individuals do want to emulate famous CEOs getting up at the crack of dawn, there are ways that they can make getting up early slightly more palatable.

First, individuals should spend time winding down in the evening by indulging in activities they find relaxing – it is difficult for anyone to get into bed and fall asleep immediately. In addition, it is important to maintain a regular sleep-wake rhythm to ensure good sleep hygiene. If that doesn’t work, professional assistance is available. “If you have difficulty with sleep (three or more nights per week), then it is important to take action, as sleep-hygiene practices on their own will not be sufficient to deal with the problem,” Espie said. “The internationally accepted guideline intervention for insomnia disorder (based on extensive clinical trials research) is cognitive behavioural therapy, which is now available digitally through our programme, Sleepio. This helps people to re-establish a reliable sleep pattern from night to night and to overcome the problem of a ‘racing mind’ that keeps people with insomnia awake. Sleepio has been clinically proven in eight randomised controlled trials to help people overcome insomnia.”

While sleep disorders can be treated, there is little hope of making a morning person out of a night owl. A recent study published by Nature Communications found more than 350 genetic factors that may determine whether an individual feels more naturally energised in the morning or in the evening. Just because something works for Tim Cook doesn’t mean it’s right for everyone.

On the clock
One of the major concerns surrounding the endorsement of rising earlier is that it will lead to people believing that getting less sleep is in their best interest. In an already sleep-deprived culture, this would be a worrying development.

“Poor sleep affects one in three adults and, as a chronic disorder, insomnia affects 10 to 12 percent of working adults, 50 percent of patients with long-term conditions and 65 percent of patients with anxiety or depression,” Espie told European CEO. “Conversely, better sleep has been shown to improve global health, psychological wellbeing and quality of life. Improved sleep has also been shown to have a positive impact on symptoms of depression, anxiety, sleepiness, cognitive functioning, fatigue and work presenteeism, indicating that the benefits of consistent good-quality sleep affect all areas of life.”

That isn’t to say that many individuals wouldn’t benefit from programming the alarm clock to go off a little earlier – it just means there’s no guarantee that such a move would prove beneficial to their careers. The important thing is listening to your own body. A five-year study of self-made millionaires found that nearly 50 percent woke up at least three hours before their workday began. Of course, that means more than 50 percent did not. The opportunity for quiet contemplation offered by the early morning is certainly worth experiencing, but it may not be for everyone.

The reason why the likes of Cook, Burns, Dorsey and many other CEOs are successful is not that they get up four hours earlier than most other people – it is because they are creative, driven and, crucially, make the most of their time. For business people looking to emulate these high-flyers, it’s not about what time you get up, but what you do afterwards that really matters.