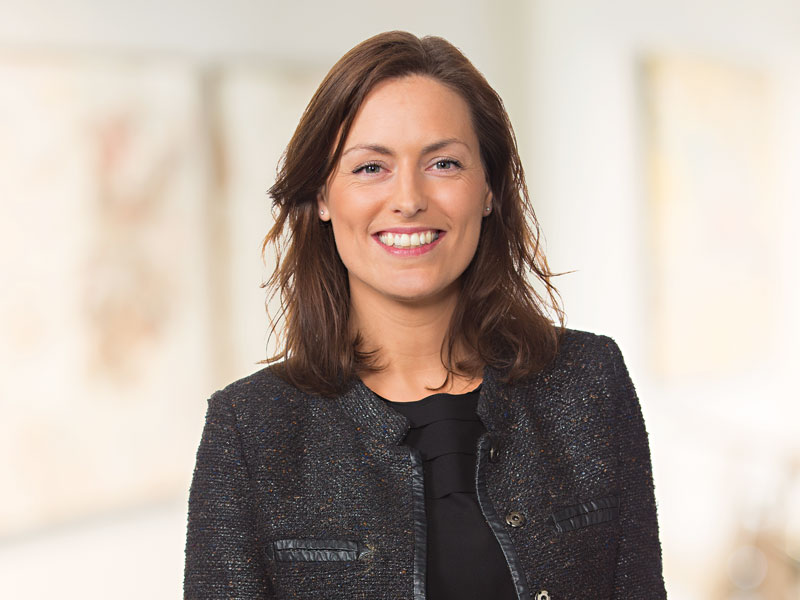 Together with co-founder Jöran Albers, Els van der Helm set up Shleep in 2016 with the aim of improving productivity and workplace culture through better sleep management
Featured

When companies plan a wellbeing programme for their staff, improving their sleep is not usually the first thing that comes to mind. “Traditionally, management thinks about productivity, improving teamwork or the general wellbeing of their employees,” Els van der Helm, sleep expert and CEO of Shleep, told European CEO. “The very first focus frequently goes to a physical activity, like running a marathon together, organising a steps challenge or, ‘Hey, let’s look at what we have in our cafeteria. Is it healthy?’ They don’t really think that sleep could address their performance or team’s problems.”

But, van der Helm argues, sleep affects everything from a person’s emotional resilience to their physical wellbeing. “It makes sense to start working on sleep because science shows that when you are well-rested, all other wellbeing solutions have a much bigger impact,” she said. “Rested people make better choices that have long-lasting benefits and are more productive. The fact that sleep is so fundamental is just starting to sink in among business leaders.”

Sleep deprivation has a wide-reaching impact on our cognitive function, leading to more errors and lapses in attention

According to the 2019 Philips Global Sleep Survey, 62 percent of adults worldwide believe they don’t sleep well enough, while the Centres for Disease Control and Prevention estimate that a third of people in the US sleep poorly. This takes a huge toll on organisations as well as society at large. A study by RAND Europe found that the economic cost of sleep deprivation is $60bn (€55.35bn) a year in Germany and around $50bn (€46.12bn) in the UK.

To help organisations overcome this problem, van der Helm founded Shleep, an Amsterdam-based sleep coaching company that harnesses the expertise of sleep specialists and offers a digital platform to help companies transform their employees’ rest for the better.

Alarm bells
Van der Helm’s interest in sleep was first piqued in secondary school when she read a book titled The Promise of Sleep by esteemed sleep expert William Dement. She went on to study the subject at Harvard Medical School and the University of California, Berkeley. It was while working as a consultant for McKinsey & Company that she noticed just how few businesspeople understood the importance of a good night’s sleep. “In the consulting environment, there is an incredible amount of stress and pressure to perform consistently,” she said. “And yet the topic of sleep never came up. It didn’t make sense to me – I knew that sleep deprivation is a widespread, worldwide health problem, but we were doing nothing to support and help employees to feel and perform better.” The realisation that sleep’s impact is still so underestimated in business sparked the idea for Shleep. Together with co-founder Jöran Albers, van der Helm set up the company in 2016 with the aim of improving productivity and workplace culture through better sleep management. “The result is a digital solution – an app and a » platform – that helps people be healthier, more energetic and productive at work, resulting in a better quality of life,” she said.

For one thing, better sleep means healthier employees. “Studies have shown that a lack of sleep weakens your immune system’s defences against viral infections such as COVID-19 or even the common cold,” said van der Helm. Chronic sleep deprivation has also been associated with an increased risk of type 2 diabetes, heart disease, cancer and neurodevelopmental disorders like dementia.

In the short term, a lack of sleep seriously impacts one’s mood. With too little sleep, the body is more likely to produce the stress-response hormone cortisol. “It’s been linked to depression, anxiety, ADHD and psychosis. Even in healthy individuals without any psychiatric history we see a declining mood and increased anxiety when they are restricting their sleep for just 14 days,” said van der Helm. Meanwhile, a recent study by Michigan State University’s Sleep and Learning Lab – one of the largest studies on sleep to date – concluded that sleep deprivation has a wide-reaching impact on our cognitive function, leading to more errors and lapses in attention.

Combined, these factors can have a serious impact on employee productivity. “Many disasters in our history have been linked to sleep deprivation of the workers involved. Chernobyl, [the] Exxon Valdez oil spill, the [Space Shuttle] Challenger explosion and even the more recent Boeing errors have been linked to production crews being overworked and sleep deprived,” said van der Helm.

Wake-up call
When it came to building Shleep’s digital platform, van der Helm knew personalisation was key. “We know that everyone is unique and sleep will probably remain a challenge at different times for different reasons. We built our solution on that knowledge: to be there for everyone and offer as many personalised experiences as possible and a holistic approach to sleep loss,” she told European CEO. “We also know that different people like to learn in different ways. Our digital multichannel coaching platform offers different formats that surround users with the tools and support they need to change their behaviour and create long-term healthy sleep habits.”

Once a company has signed up to Shleep, its employees take a sleep assessment test on the app. Based on the results, Shleep will recommend daily exercises to optimise their sleep. Users can also access live webinars with sleep coaches, one-on-one conversations with experts, and relaxation and mindfulness exercises. They can then track their progress by syncing their sleep data with the Shleep app. This personalised approach allows Shleep’s coaches to offer a targeted solution to each employee’s problem.

“A person might set their alarm multiple times in the morning, which is not optimum for sleep quality or waking up feeling rejuvenated,” said van der Helm. “Our coaches will suggest specific exercises to help change this habit. Or we might focus on one’s evening routine to make sure that it becomes more predictable. In this case, the preparation for bedtime and sleep can start a bit earlier with dimming the lights or playing a relaxation melody available on our app so the brain can get the signal that it’s time to relax.”

The results speak for themselves: after undergoing Shleep’s corporate sleep programme, 72 percent of alarm snoozers managed to kick the habit, 50 percent of employees reported improved sleep quality, and users cut their sleep debt by more than half.

Give it a rest
There are many misconceptions about sleep, but there’s one in particular that van der Helm is eager to redress: that successful people need less of it. “I’m always happy when this comes up because it helps to debunk a few myths,” she told European CEO. At first glance, it would seem there are plenty of examples to support the idea that business leaders can get by on little sleep. Chancellor of Germany Angela Merkel reportedly sleeps for four hours each night, Twitter CEO Jack Dorsey between four and six, while fashion designer and director Tom Ford allegedly gets by on just three.

Van der Helm is keen to point out that these people are the exceptions, rather than the rule. “Studies indicate that only about one to three percent of the population can function on six hours of sleep, despite a much larger group of people, roughly 35 percent, getting only that amount,” she told European CEO. “For anyone who is building up a sleep debt, there will be consequences that either show up on their physical or mental health or in their productivity.”

Sleep easy
It seems businesses can’t get enough of coaching right now. According to the International Coach Federation, Western Europe spent $898m (€829.52m) on coaching in 2017, while the US spent $2.35bn (€2.17bn). This surge in popularity can be attributed to a number of factors, including organisations’ slow movement away from command-and-control management structures, the rise of the self-help industry, and increased awareness of the link between employee wellbeing and productivity.

At the same time, online platforms have made coaching more flexible and accessible than ever. This has also made the coaching space extremely competitive. But van der Helm’s unique proposition, as well as her unusual background as both a neuroscientist and a consultant, helps her stand out. “I’m very grateful that I was able to spend time in two such different environments, as both really shaped my current expertise and approach and helped Shleep grow further,” she said.

“Firstly, in academia, where I got to work with brilliant minds who continuously push the scientific frontier forward of how sleep impacts our brain, health and performance. In the business world, I also got to work with incredibly smart people, but who now [focus] on business problems in organisations. I learned a great deal about business transformations: how to get large groups of people in your organisation to behave differently and create a culture change. That knowledge is now incredibly useful at Shleep and [in] determining how we work with our clients on the culture change leading to better health, wellbeing and performance.”

In August 2019, Shleep announced that it had raised €1.4m from venture capital firms including Global Founders Capital and Health Innovations. “Our recent funding round is aimed at growing our sales team and reaching more organisations, but also on growing our product team to build out the content we have, to help our users and add more features to further support their behaviour change,” said van der Helm.

A major focus for the company right now is to forge partnerships in both the healthcare and wellbeing spaces. “We see that our digital solution is mature enough – it can stand on its own and be employed in many different situations. However, we need other channels that allow us to reach bigger groups faster, and partnerships are the way to do that,” she said. “Whether with general insurance companies, healthcare insurance companies, doctors [or] wellbeing platforms that sit in between employers and insurance companies, Shleep is ready to step into that space and explore all the opportunities.”

Poor sleep has long been unaddressed in the workplace. Despite the profound impact sleep problems can have on organisations, it has largely been seen as a personal issue that does not concern companies. Shleep is helping businesses to bridge that gap. Driven by its mission to integrate employee wellbeing into the heart of organisational culture, Shleep might be about to make its dreams a reality.