Top 5: to Russia with love 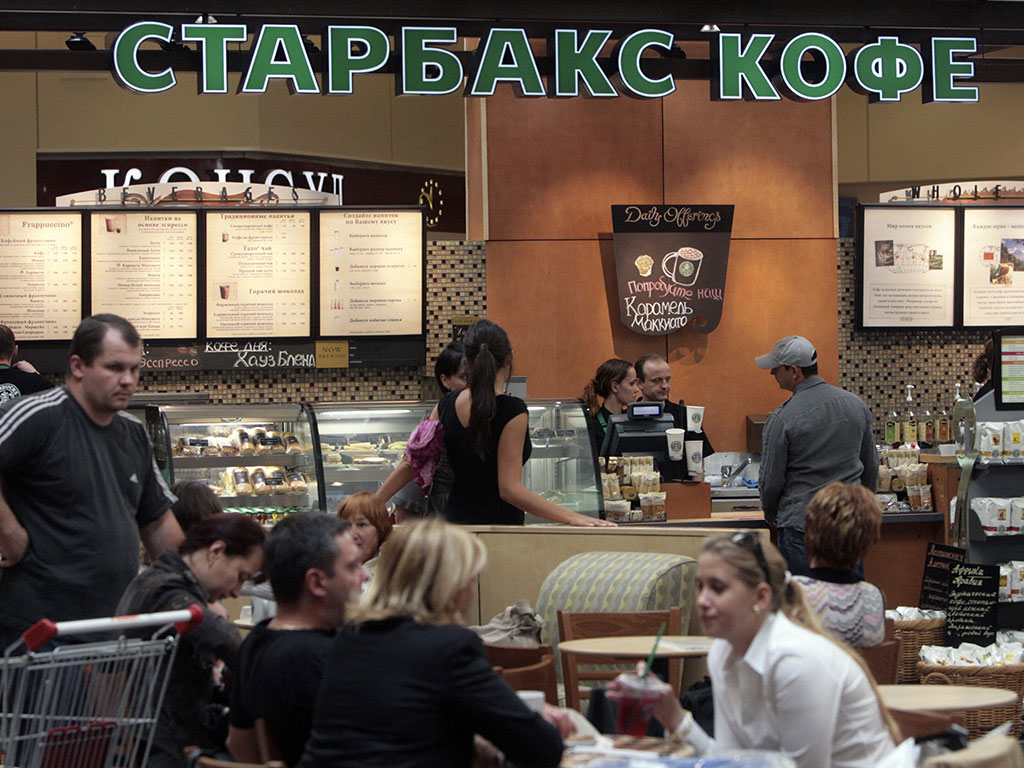 Starbucks
The world’s largest coffeehouse chain has recently expressed its intention to expand operations to Southern Russia, drawn in part by the region’s growing economic prospects and the coming 2014 Winter Olympics. CEO of research company infoline-analytiki, Mikhail Burmistrov, calculates that the company will need to invest $250,000 for each store, excluding the added costs of real estate.

Amazon
The leading US retailer is reportedly expanding its operations to Russian shores, having already signed contracts with a number of Russia’s largest publishing houses. The expansion is being led by former head of Azbuka-Atticus, Arkady Vitruk and comes with the news that Russia’s online retail sector is set to exceed $50bn by 2020.

Marks & Spencer
UK retailer Marks & Spencer landed in Russia almost a decade ago and has since established 38 stores amid explosive demand for Western brands and an absence of home-grown fashion chains. International director Jane Heere told Marketing Week, “[local retailers] don’t have the maturity that Western brands bring in terms of product development and branding.”

Apple
Following the expansion of iTunes to Russia in late 2012, Apple has proceeded to open an Online Apple Store for Russian consumers. Whereas previously, Russian customers were forced to purchase Apple products from third-party resellers, the new site, equipped with live chat support and interactive customer communications, marks the start of Apple’s expansion to Russia.

Inditex
Inditex’s aggressive expansion on Russian soil has made it the third-largest clothing retailer worldwide with a Russian network in excess of 270 stores. The Spanish textile conglomerate, which includes the likes of Zara, Pull & Bear and Massimo Dutti amongst its ranks, intends to open over 50 Zara shops in Russia this year alone.