A great deal, actually. The right brand name creates a promise and an expectation – and a CEO changes it at his peril. But try telling that to António Horta-Osório of Spanish banking group Santander. He's just killed off a bunch of well-known brand names which littered the British high street for decades 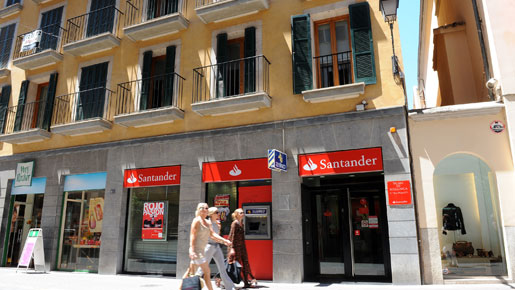 Is scrapping a much-recognised brand name a savvy move for a skilled and experienced CEO? António Horta-Osório, the chief exec of Santander’s UK businesses, has few doubts that tossing a host of venerable British banking names into the trashcan – among them Abbey, Alliance & Leicester and Bradford & Bingley – is a positive move. Instead, all three British high street names will be replaced by the Santander moniker: “Bringing together the three brands means it will be even easier for customers to manage their finances as they will have access to over 1,300 branches once the change is complete,” he says. “With this in mind, the time is right to make the move to a single UK identity as Santander, a powerful new force in the UK banking.”

So another bit of UK banking history crumbles away. But does this really mean the world stops, and if so, for whom? How judicious a use of shareholder cash is such a move? And how can the branding gains be really calculated long term?

One industry insider was dismissive of whether the brand name Abbey, for example, will really be mourned. “I don’t think consumers will really miss this brand. A brand name has to have a stand-out value proposition for consumers. Abbey, in my view, doesn’t have it.”
No big deal
Horta-Osório’s move may appear strange to some, especially when the UK is supposed to be a leader and expert in banking and financial services. Simon Knox, a professor of brand marketing at Cranfield School of Management says that in Santander’s case, the re-branding of Abbey isn’t a huge deal. “We’re all getting accustomed now to the fact that financial services industry is a global beast. Remember how Midland Bank was rebranded by HSBC? New name, new livery, new style. People get used to these things pretty damn quickly on the whole. There will always be a few laggards but, frankly, people have more to worry about in their lives than whether their bank has changed its name. Don’t forget that Santander has been steadily building up its name. It sponsors Formula One successfully, and the Santander name has been apparent in most of Abbey’s sales channels for some time. ”

Knox says what is key to a successful re-branding exercise is returning a tangible benefit to the customer, something that will sweeten the change. “If you’re a telecommunications company then maybe you’re able to offer faster downloads, for example. If it’s a financial services company then what about offering a lower mortgage rate or a higher rate of interest on your savings?”

In terms of whether such re-branding exercises are a good use of shareholder cash, there’s no clear answer. However, if the move builds scale for communication purposes, then the use of money is often effective in the long term.
Brand design consultant Mike Abrahams has worked with many European CEOs on re-branding exercises, and says there is almost always sound reasoning behind them. “It’s crazy to be known as one name in one country and have a different name in another,” he says. Such streamlining says Abrahams usually brings down overheads and does make an organisation more efficient. “If you’re working with a bank, then their costings, their borrowings, will become lower so they’re able to offer their customers better rates.” It’s hardly rocket science he says, and there’s a clear need for it, especially as European cross-border trade increases and brand names become more widely known.

Snap up a revamp while it’s cheap
A deep economic recession is also often a good time for a re-brand overhaul. Aviva/Norwich Union is a good example of a cut-price campaign. Despite being awash with names – Ringo Starr, Elle Macpherson and Bruce Willis – starring in Aviva’s new TV adverts, media deflation costs has helped slash the costs of the campaign. It’s not known how much the re-brand campaign by Aviva has actually cost the group – industry estimates vary from anything from £10 million-£80 million overall – but plummeting advertising air time expenses, for example, has certainly helped. Re-branding however rarely comes cheap. Much of a re-branding expense is hidden away in the minutate of change, the changing of thousands of legal and policy documents, branch livery, paperwork, business cards, vehicles. Which means any change needs to offer a substantial advantage or improvement if it’s to work.

Maybe Santander’s UK CEO António Horta-Osório is right – ditching a load of names that only have local presence is the kindest thing to do in the new global market place. UK-based car company Vauxhall, part of the Opel empire, could be the next brand name read for the chop, especially if the Russians are involved in owning part of Opel. “No one in Russia knows what a Vauxhall is,” commented Kevin Morley, business studies professor at the University of Warwick recently. “I’m sure we’ll see Vauxhall the brand disappear soon after the deal.” And the CEO of French retail giant Carrefour, Jose Luis Duran, is steadily getting rid of its Champion supermarket brand in favour of Carrefour. Indeed, Duran recently predicted that the rebranding of Champion could add as much as €200 million to Carrefour’s annual profits from 2011.