With a highly educated workforce, a low cost of doing business and a well-connected airport, Atlanta is the perfect location for European companies hoping to establish a footprint in the US 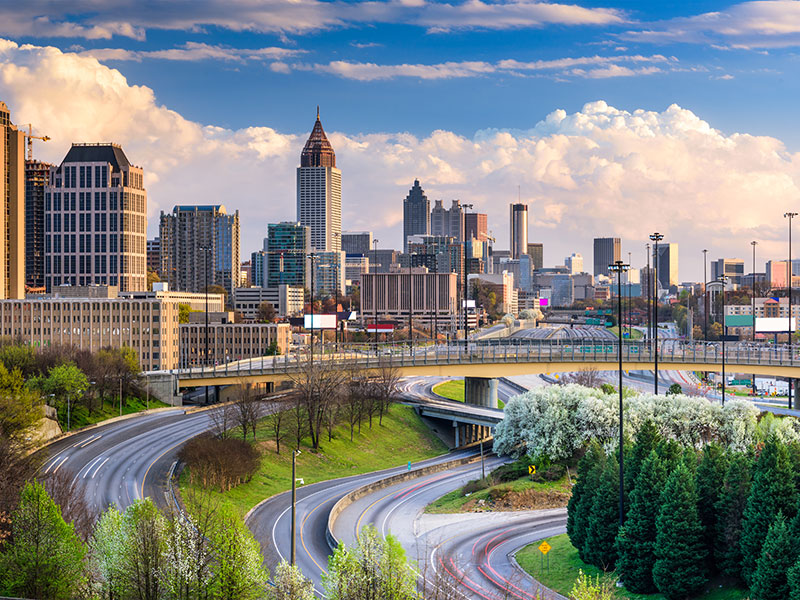 In order to remain competitive, a lot of European SMEs are trying to expand their business in the US. With its huge market potential, the US certainly is one of the most important markets for companies hoping to get ahead in any industry. But, with so much on offer, it also represents one of the most competitive and service-orientated markets in the world, with companies – especially SMEs – having to follow a fundamental set of rules in order to be competitive and successful in the long term.

It’s near enough impossible for any company to identify a single location in the US where their target markets are close by. Further, site selection services are usually aimed at larger investments, like the establishment of manufacturing facilities, for example. This can make it difficult for European SMEs to get their foot in the door, with most keen to start their journey with a lean sales office, generating and increasing revenues in the US market before committing to larger investments.

The most basic requirement, therefore, is the foundation of a US company with a fully functional and professional local infrastructure. But where should SMEs find that US subsidiary? And where should the infrastructure be located in such a large country? Fortunately, there is a thriving business environment these companies can call home: Atlanta.

Finding fortune
The Atlanta metropolitan area has a population of 5.7 million residents and a GDP of $295bn (€253.8bn) – the ninth largest of any metropolitan area in the US. The city also has the third-highest concentration of Fortune 500 companies in the country, with a portfolio that includes Coca-Cola, Delta Air Lines and Home Depot.

When companies move to Atlanta, they can be confident they are coming to an area with sound economic fundamentals and a business environment designed for success

In the last four years alone, 18 major corporations have moved their North American headquarters to Atlanta, including the German car manufacturers Porsche and Mercedes-Benz. The latter just signed a 27-year deal for the $1.6bn (€1.38bn) state-of-the-art Mercedes-Benz Stadium in Downtown Atlanta, which will host the Super Bowl in 2019.

With a superior quality of life, a highly educated workforce and a range of superb colleges and universities, it’s easy to see why Atlanta is proving to be so successful with businesses from around the world. Atlanta ranks among the leading centres for higher education in the US, with more than 30 colleges and universities producing some 60,000 graduates each year. As a result, more than 36 percent of adults in Atlanta over the age of 25 have a bachelor’s degree or higher, which compares favourably with the US average of 30 percent.

Built for business
Another reason for Atlanta’s success is its business-friendly tax structure. According to a recent study by KPMG, Atlanta has the lowest cost of doing business among the 10 largest US metropolitan areas. Corporate tax remains low, sitting at just six percent, while property taxes haven’t changed in the last seven years. When companies move to Atlanta, they can be confident they are coming to an area with sound economic fundamentals and a business environment designed for them to succeed.

Further, Atlanta is home to one of the world’s busiest airports, with more than 100 million passengers flying to a choice of 150 domestic and 70 international destinations each year. The airport has a direct impact of almost $35bn (€30bn) and employs more than 63,000 people, making it the state’s largest employer. Hartsfield-Jackson Atlanta International Airport is also within a two-hour flight of 80 percent of the US population, and within close proximity to almost 80 percent of the manufacturing facilities in the US.

Since 1983, GATC has leveraged its innovative outsourcing services to establish more than 200 US subsidiaries for European SMEs in Atlanta. With more than 30 years’ experience in the US, GATC has worked closely with those companies hoping to make a big splash on the other side of the pond, delivering an easy and cost-effective way of entering one of the largest and most diverse markets in the world.