Dispensing of unfounded myths and stories

While some uninformed readers may still “tag” the Cayman Islands with the stigma of being a “haven for tax evaders”, or a “contributor to the global economic meltdown”, nothing could be further from reality 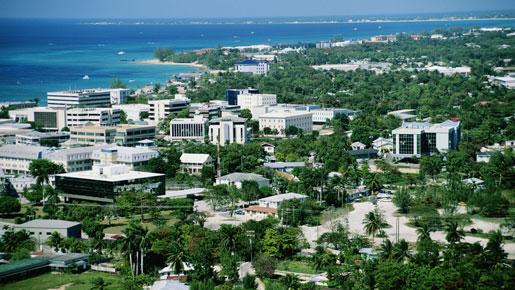 Just consider the following: The all crimes Anti-Money Laundering Legislation of the Cayman Islands has been evaluated by the IMF and by the FATF as being one of the very best in the world; The Cayman Islands have full income tax transparency with the US, proactive tax reporting with 27 members of the European Union, and full Tax Information Exchange Agreements with 20 countries around the world, well exceeding the number required by the OECD.

Furthermore, as a member of the International Organisation of Securities Commissions (IOSCO), the Cayman Islands have full “regulator-to-regulator” disclosure with all IOSCO regulators and the Cayman Islands Monetary Authority (CIMA) has formalised procedures with the four main US banking regulators for the exchange of supervisory information relating to banks and banking institutions that operate in both territories.

In addition, the Cayman Islands are regularly recogonised for their expertise and level of international value-added business, with a recent example of this being The Banker publication, which placed Cayman first in the category of specialised financial centres in its 2010 IFC ratings. Not only was this a repeat of its 2009 ranking, but the jurisdiction increased its margin over its competitors, with this highlighting the value offered to institutions seeking to expand their overseas operations.

This result comes at a time when statistics from CIMA note that Cayman maintains $1.8trn in deposits and interbank bookings, is the world’s largest domicile for hedge funds and catastrophe bond transactions, is the second larget domicile for captive insurance, and maintains a vibrant stock exchange. It is also the preferred shipping registry for the world’s mega-yachts. Additionally, CIMA provides a very proactive and client-focused regulatory environment, thereby widening investment opportunities and the facilitation of legitimate international movement of funds.

As a result, the Cayman Islands offer a veritable one-stop shop for all your financial services needs, while remaining flexible and nimble enough to react to new products and initiatives. The above success is no better evidenced than in the area of captive insurance, where Cayman is the leading domicile for healthcare related captive business and the second largest overall captive domicile behind Bermuda. Cayman is home to 750 captives writing more than $7.5bn in annual premium and having total assets in excess of $42bn.

The continued success of the Cayman Islands as a captive domicile is fueled by the unique partnership of a sound and business-focused regulatory regime, combined with the unwavering support of the Cayman Islands Government and the Insurance Managers Association of Cayman (“IMAC”) in the promotion and protection of Cayman’s reputation as the domicile of choice for captive insurance. This only goes to show what can be done when a domicile truly works together towards a common goal.

IMAC’s annual Cayman Captive Forum attracted over 1,000 delegates in December 2010 and featured a wide range of speakers and educational presentations on all aspects of the captive and insurance industry. The 2011 event is scheduled from Nov 29-Dec 1 at the Ritz Carlton, Grand Cayman and is a great opportunity to network with industry experts and learn more about the industry.

When companies first look into captives, it is normally due to a negative experience, e.g. a lack of availability or reduction in coverage, and/or premium increases. As a result, there is an overriding desire to “take control” of their insurance destiny and to insulate themselves from the fluctuating cycles of the traditional insurance market. This can be achieved by establishing your own captive insurance vehicle, or by joining an existing one.

Either way, a captive can offer many benefits, including such aspects as coverage and program design flexibility, insulation from market fluctuations, control of costs, improved cash flow, an improved negotiating position, an enhanced safety and claims management “culture” throughout the organisation, flexibility with investment opportunities and the retention of investment returns.