The financial rules that apply to EU member states are grossly outdated. If European governments are to benefit from today’s low interest rates, the Stability and Growth Pact must be reformed immediately 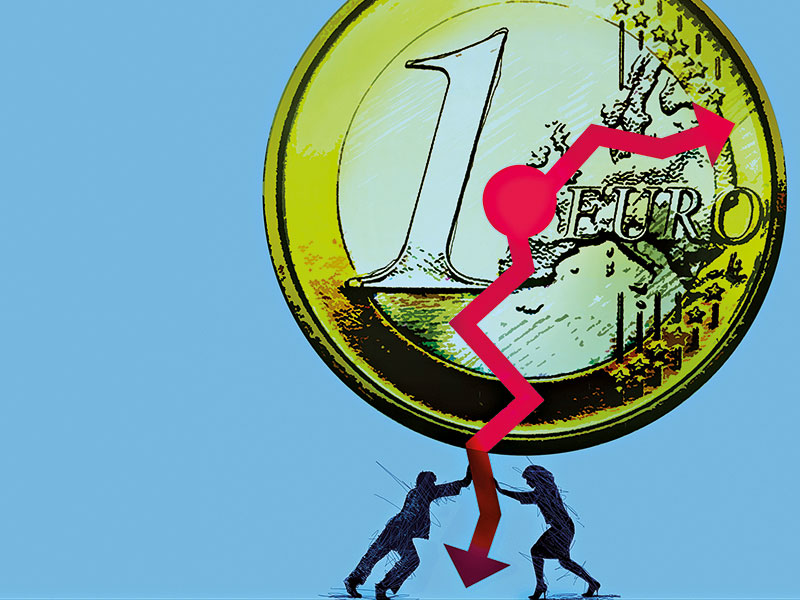 The EU’s Stability and Growth Pact, which sets fiscal rules for its member states, is like the emperor’s new clothes: almost everyone sees it has none, yet few admit it openly. This disingenuous silence is bad economics and bad politics. For starters, the pact’s rules are so hopelessly complex that almost no government minister – let alone member of parliament – can decipher them. There are now various reform proposals that aim to simplify things, including one by a group of French and German economists to which I belong.

Most of these proposals would place less emphasis on estimating member states’ cyclically adjusted budget deficits – a notoriously difficult calculation – and focus instead on monitoring growth in public spending. Concretely, each government would commit to expenditures consistent with the country’s economic growth outlook and expected tax receipts, and in line with a medium-term debt target. There would be less micromanagement by EU institutions, more room for national decision-making and more responsibility for individual governments.

Ministers have so far shown no appetite for such radical reform, but there is now a second reason to overhaul the EU’s fiscal framework: today’s economic conditions are very different from those present when the pact was designed more than two decades ago. “When facts change, I change my mind,” John Maynard Keynes famously said. And the facts have certainly changed.

In the public interest
The Stability and Growth Pact entered into force in 1997. At the time, the median public debt among the 11 EU countries that would initially adopt the euro was 60 percent of GDP, while the forecast was three percent growth and two percent inflation. The risk-free long-term interest rate – at which most eurozone countries would soon borrow – was five percent. Stabilising the debt ratio at its prevailing 60 percent level, therefore, required governments to keep their budget deficits below three percent of GDP – or, put another way, to maintain a primary budget balance (revenues minus spending, excluding interest payments) of zero.

Such guidelines made sense. If growth faltered, revenue shrank or markets started pricing in a default, there would be a real risk of debt spiralling out of control – as Europe’s sovereign debt crisis later showed. The three-percent-of-GDP deficit threshold that triggers the activation of a stronger policy monitoring procedure was thus a rough but reasonably calibrated benchmark. Moreover, it was wise to aim for significantly lower deficits in order to maintain a safety margin.

In 2019, the median debt for the same 11 countries is 70 percent of GDP, while the International Monetary Fund currently forecasts 1.5 percent growth and two percent inflation (debt is a bit lower and growth a bit higher, if all eurozone members are included). It’s true that projected growth is half the level it was in 1997; nonetheless, stabilising the debt ratio requires keeping budget deficits below 2.5 percent of GDP, which remains close to the pact’s three percent limit.

The big change from two decades ago, however, is the collapse in interest rates. Investors were recently willing to buy 10-year German Government bonds yielding essentially nothing. Taking inflation into account, the real cost of German debt is significantly negative – as it is, to a lesser degree, for France, Spain and most other eurozone members. Even Italy, with debt exceeding 130 percent of GDP and dismal growth, was able to borrow at 2.6 percent, or 2.4 percentage points less than Germany in 1997.

Under such conditions, a budget-deficit limit of three percent of GDP is, in fact, fairly lax. If long-term interest rates remain near zero for a few more years, governments will be able to run primary deficits greater than two percent of GDP without exceeding that limit. Many EU countries are likely to use this opportunity to finance current spending on the cheap. But should financial conditions change abruptly, they will be forced to adjust precipitously.

Casting off the shackles
The European Commission insists that the three percent threshold is only an upper limit. Reforms to the pact in 2011 have tightened the screws: eurozone countries are expected to keep their structural budget deficit (corrected for cyclical effects) close to zero, and those with a debt ratio exceeding 60 percent of GDP are mandated to reduce it.

However, the resulting constraints are too tight. The target of zero for the structural deficit prevents governments from borrowing at today’s negative real-interest rates to finance investments and reforms. And, as Olivier Blanchard, the C Fred Bergsten Senior Fellow at the Peterson Institute for International Economics, has forcefully argued, there is no compelling economic reason to cut debt when borrowing is costless.

The EU sits between a rock and a hard place. It should not let member states make a habit of financing recurring current expenditures with debt, but nor should it prevent them from taking advantage of persistently low interest rates to finance economically sound investments that will benefit future generations.

Longstanding criticism of the pact for neglecting the distinction between investment and current spending is valid, to the extent that investment is defined economically rather than in accounting terms. The EU should, therefore, agree on a set of goals – such as the transition to a low-carbon economy, broader access to employment and output-enhancing economic reforms – that justify spending in excess of the fiscal rules on a temporary basis (unless, of course, the country is in a financially precarious state). Such an exemption should be conditional on long-term interest rates remaining exceptionally low – if rates were to rise, governments would have to trim and eventually discontinue these investments.

The need to revise the EU’s fiscal rules is clear. The main political parties that competed in May’s European Parliament elections should now recognise it and make the case openly. At a time when the EU’s very purpose is being questioned, economic taboos are the last thing Europe needs.