Closer EU-Morocco relations would benefit both parties – here’s why

Europe and Morocco have a long-standing – and sometimes fraught – relationship. For their partnership to reach its full potential, the two must address the way they work together 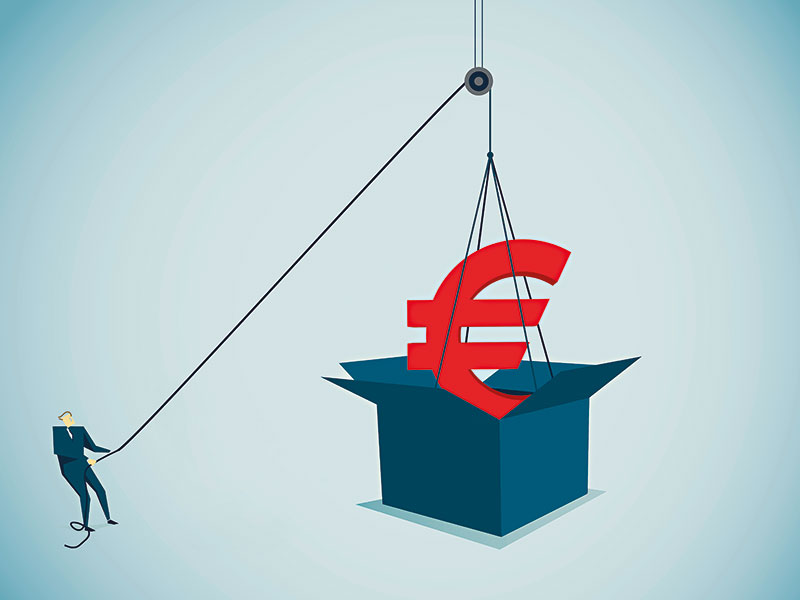 In recent years, Europeans have increasingly come to realise and recognise that their future is closely intertwined with Africa’s
World View

Twenty years ago, Morocco’s King Mohammed VI ascended to the throne and a new era in European-Moroccan relations began. Given Morocco’s importance to the EU – not only on matters relating to migration and security, but also as a bridge to the rest of Africa – it is worth considering where the relationship stands and where it is headed.

Europe and Morocco are natural partners, linked by geography, culture, shared interests and a long, complicated history. This includes more than four decades of colonialism, with the country divided between French and Spanish protectorates, as well as an application by Morocco’s King Hassan II, some 30 years after independence, to join the European Communities (the precursor to the EU).

Morocco’s application was ultimately denied on the grounds that it didn’t qualify as a ‘European country’, but the bilateral relationship continued to be characterised more by cooperation than separation.

Progress amid problems
Mohammed VI’s accession to the throne in 1999 – as a young, relatively unknown figure – raised fears that relations might deteriorate. But the opposite has occurred: the EU-Morocco relationship has progressed significantly. In June, the EU and Morocco announced plans for a new “partnership for shared prosperity”, which will include the relaunch of talks on a free-trade agreement and enhanced security cooperation.

Yet the bilateral relationship has yet to reach its full potential. Morocco still faces formidable internal challenges. Although it has risen more than 50 places in the United Nations Development Programme’s Human Development Index since 1999 – thanks partly to a 10 percent increase in life expectancy – it still ranks 123rd globally, below Palestine and Iraq.

Despite the challenges it faces, Morocco has shown leadership on some of today’s most pressing issues

Likewise, while Morocco’s GDP has nearly tripled in the last 20 years, its Gini coefficient (a common measure of income inequality, with zero representing maximum equality) remains the highest in North Africa. And the country has struggled to harness its ‘youth bulge’ to spur growth and dynamism, with a lack of economic opportunity at home driving many young Moroccans – including unaccompanied minors – to attempt to migrate to Europe.

These shortcomings partly reflect enduring weaknesses in governance despite important political reforms: notably, the 2011 constitutional changes that shifted powers from the monarch to the parliament, and legal reforms such as aligning legislation with European and international standards on human rights, as well as progress on family law and gender equality. Moreover, regional tensions – including escalating political instability in Algeria and the thorny issue of the Western Sahara – have hampered integration in the Maghreb, an absolute necessity for unlocking prosperity in North Africa.

And yet, despite the challenges it faces, Morocco has shown strong leadership on some of today’s most pressing issues. It has been a vocal champion of counter-extremism initiatives, including responsible religious education, far beyond its own borders. It has become a global green-energy leader, having committed in 2015 to increase its share of renewable electricity generation to 52 percent by 2030 – one of the world’s most ambitious targets. And it has worked hard to curb migration to Europe, even hosting last December’s Intergovernmental Conference to Adopt the Global Compact for Safe, Orderly and Regular Migration.

Shared destiny
Under Mohammed VI, Morocco is also strengthening its ties with the rest of Africa. In 2017, it rejoined the African Union after 33 years of relative isolation from the continent’s affairs. An active policy of engaging in Africa – which combines religious outreach with deepening commercial linkages, including significant investment – has followed.

For the EU, Morocco’s re-emergence as a key player in Africa represents an important opportunity. In recent years, Europeans have increasingly come to realise and recognise that their future is closely intertwined with Africa’s. More than simply neighbours that must coexist, the two continents face what is ahead with a growing sense of shared destiny.

But, as Mohammed VI has pointed out, old approaches to engagement – focused on top-down aid delivery – are no longer appropriate. “Solidarity between Europe and Africa is neither a hollow concept nor some sort of association based on one-way philanthropy,” he said in 2017. Instead, it is “built on shared responsibility and mutual dependence”. Given this, it must become a “genuine horizontal partnership”. Europeans may agree, but seem unsure how to get there. Morocco, with its special relationship with the EU and the rekindling of its engagement with Africa, is a privileged partner that can foster the constructive cooperation that is needed.

On matters ranging from migration and security to trade and investment to culture and innovation, the EU and Morocco have plenty of experience working together. Now, they must build on the foundations they have laid over the last 20 years to create a wider-ranging partnership that links these two continents, placing both on a stronger footing now and in the years and decades ahead.