In the wake of the financial crisis, should regulatory bodies target financial instruments or the institutions that sell them? 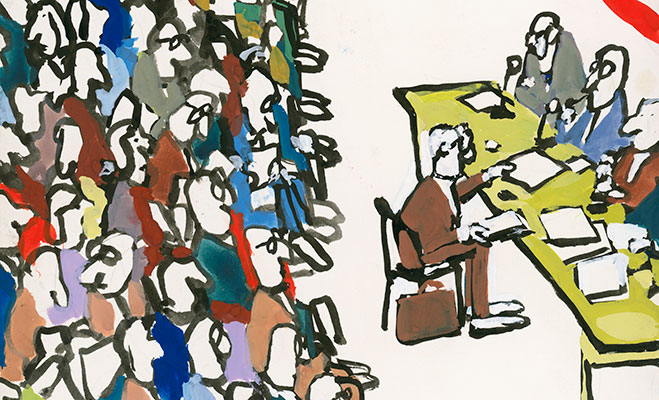 Looking back on the financial crisis, the question arises whether it is financial institutions themselves, or the products they sell that should be the target of the regulators. As is now all-too clear, financial institutions had taken too many risks on their balance sheets. Also, because the magnitude of these liabilities were so great, governments realised that letting those institutions fail might have led to a demise of the entire financial system, leading to the notion of “too big to fail.”

Meanwhile, those same banks also sold instruments of great opaqueness based on securitisation – bundling of apparently similar risks – as well as structured products whose complexity is often too much for a private client to grasp. So from a government’s point of view, and for the good of the economy as a whole, the financial system requires some close scrutiny.

But why regulate in the first place? As long ago as 1760, Adam Smith suggested that government should intervene as little as possible in markets. His reasoning, cast in modern language, was that if a financial institution performed badly, its customers and investors would buy and invest elsewhere, thereby self-disciplining financial scoundrels. On the other hand, modern economists, such as Stiglitz, make the point that where an institution has more information than its client, then regulation may lead to a more efficient and fairer world.

The reason for this difference in views resides, from a theoretical point of view, in a discrepancy in the assumptions that lie behind the models. The modern approach considers asymmetric information and transaction costs whereas the traditional approach neglects them. To illustrate the notion of asymmetric information, consider the client of a bank who delegates the management of his wealth to some advisor from a bank. Central to this relation is then the measurement of “relative performance”. Yet this requires insight on how other banks are doing, information that is not public knowledge. Thus, to gain this piece of information, the client would have to find out how other banks would treat him, a costly and time-consuming undertaking.

To illustrate the relevance of transaction costs, notice that it is costly for a customer to switch banks: moving money out of a savings account usually entails a penalty. There are also indirect costs. If the client wants to obtain a credit from their new bank, for example, they will probably be charged a higher rate of interest because of the absence of a long-standing banking relationship.

Some regulation thus appears to be an unavoidable evil. The magnitude of risks needs to be controlled and therefore transparency of markets improved. For instance credit default swaps and asset backed securities (ABS) come in for huge criticism. The latter comes in two flavours; the collateralised debt obligation – a portfolio of debts such as credit card loans – and the collateralised mortgage obligation where mortgages of many household are packaged. Because the purchase of such instruments took place in OTC markets, it was difficult for the regulator to gauge the magnitude of the trades. Similarly, it was also difficult for the buyers to understand the true value of those instruments since there was no organised market. This opacity means that regulation of such instruments to create transparency for the buyers is a necessity.

Additionally, it is important for the regulator to understand the volume of issuance of such instruments. The regulator currently asks that instruments be offered on trading platforms and this creates transparency. The regulator also requires that those instruments get cleared in the same way as futures contracts where collateral has to be posted and which is adjusted over time. This obviously creates safety and reduces the risk in case a financial institution defaulted. And because the trading on platforms and futures-style margining has been practiced for many years without any apparent bias to the functioning of markets, one may expect that regulatory loopholes will not appear as long as all countries adopt similar standards. Otherwise country-wise inconsistencies may induce undesirable effects.

Even if financial products are more transparent, it may still be necessary to protect the clients from getting sold products they don’t understand. In this context, one may regret that investment banks are now also retail banks: the temptation to sell unhealthy products to ignorant clients may simply be too overwhelming. In this sense, regulation of institutions – forcing them to be able to demonstrate that they do their best to ensure that a client actually understands the risks inherent in certain instruments – is a step in the right direction. But it would be useful, too, if students in high school could also be given some training in how to manage their money later on in life.

Measures proposed by regulators, such as central clearing (even of OTC products) and forced passage of orders through trading platforms, are intended to ensure that the risk taken by the finance industry is better understood. Hopefully, too, they will also limit risk-taking by banks, thereby limiting systemic risk and avoiding any new breakdown of the markets.