Concern is growing that China could be headed for a hard landing. The stock market has fallen 20 percent over the past year, to levels last seen in 2009 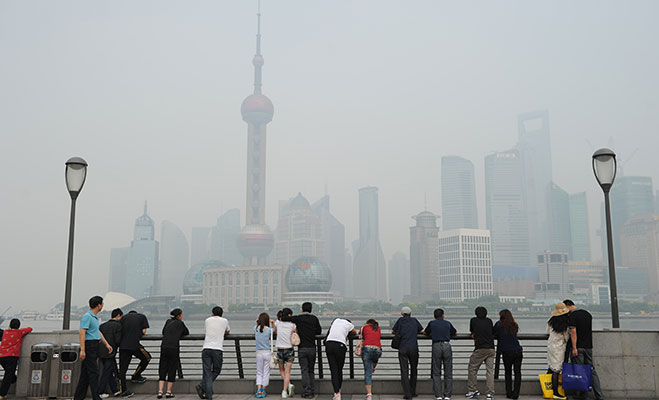 Continued softness in recent data – from purchasing managers’ sentiment and industrial output to retail sales and exports – has heightened the anxiety. Long the global economy’s most powerful engine, China, many now fear, is running out of fuel.

These worries are overblown. Yes, China’s economy has slowed. But the slowdown has been contained, and will likely remain so for the foreseeable future. The case for a soft landing remains solid.

The characteristics of a Chinese hard landing are well known from the Great Recession of 2008-2009. China’s annual GDP growth decelerated sharply from its 14.8 percent peak in the second quarter of 2007 to 6.6 percent in the first quarter of 2009. Hit by a monstrous external demand shock that sent world trade tumbling by a record 10.5 percent in 2009, China’s export-led growth quickly went from boom to bust. The rest of an unbalanced Chinese economy followed – especially the labor market, which shed more than 20 million jobs in Guangdong Province alone.

This time, the descent has been far milder. From a peak of 11.9 percent in the first quarter of 2010, China’s annual GDP growth slowed to 7.6 percent in the second quarter of 2012 – only about half the outsize 8.2-percentage-point deceleration experienced during the Great Recession.

Barring a disorderly breakup of the eurozone, which seems unlikely, the International Monetary Fund’s baseline forecast of four percent annual growth in world trade for 2012 seems reasonable. That would be subpar relative to the 6.4 percent growth trend from 1994 to 2011, but nowhere near the collapse recorded during 2008-2009. With the Chinese economy far less threatened by export-led weakening than it was three and a half years ago, a hard landing is unlikely.

To be sure, the economy faces other headwinds, especially from the policy-induced cooling of an overheated housing market. But construction of so-called social housing for lower-income families, reinforced by recent investment announcements in key metropolitan areas such as Tianjin, Chongqing, and Changsha, as well as in Guizhou and Guangdong Provinces, should more than offset the decline. Moreover, unlike the bank-funded initiatives of three or four years ago, which led to a worrisome overhang of local-government debt, the central government seems likely to play a much greater role in financing the current round of projects.

Reports of ghost cities, bridges to nowhere, and empty new airports are fueling concern among Western analysts that an unbalanced Chinese economy cannot rebound as it did in the second half of 2009. With fixed investment nearing the unprecedented threshold of 50 percent of GDP, they fear that another investment-led fiscal stimulus will only hasten the inevitable China-collapse scenario.

But the pessimists’ hype overlooks one of the most important drivers of China’s modernization: the greatest urbanization story the world has ever seen. In 2011, the urban share of the Chinese population surpassed 50 percent for the first time, reaching 51.3 percent, compared to less than 20 percent in 1980. Moreover, according to OECD projections, China’s already burgeoning urban population should expand by more than 300 million by 2030 – an increment almost equal to the current population of the United States. With rural-to-urban migration averaging 15 to 20 million people per year, today’s so-called ghost cities quickly become tomorrow’s thriving metropolitan areas.

Shanghai Pudong is the classic example of how an “empty” urban construction project in the late 1990’s quickly became a fully occupied urban centre, with a population today of roughly 5.5 million. A McKinsey study estimates that by 2025 China will have more than 220 cities with populations in excess of one million, versus 125 in 2010, and that 23 mega-cities will have a population of at least five million.

China cannot afford to wait to build its new cities. Instead, investment and construction must be aligned with the future influx of urban dwellers. The “ghost city” critique misses this point entirely.

All of this is part of China’s grand plan. The producer model, which worked brilliantly for 30 years, cannot take China to the promised land of prosperity. The Chinese leadership has long known this, as Premier Wen Jiabao signaled with his famous 2007 “Four ‘Uns’” critique – warning of an “unstable, unbalanced, uncoordinated, and ultimately unsustainable” economy.

Two external shocks – first from the US, and now from Europe – have transformed the Four Uns into an action plan. Overly dependent on external demand from crisis-battered developed economies, China has adopted the pro-consumption 12th Five-Year Plan, which lays out a powerful rebalancing strategy that should drive development for decades.
The investment and construction requirements of large-scale urbanization are a key pillar of this strategy. Urban per capita income is more than triple the average in rural areas. As long as urbanization is coupled with job creation – a strategy underscored by China’s concomitant push into services-led development – labor income and consumer purchasing power will benefit.

Contrary to the China doubters, urbanization is not phony growth. It is an essential ingredient of the “next China,” for it provides China with both cyclical and structural options. When faced with a shortfall of demand – whether owing to an external shock or to an internal adjustment, such as the housing-market correction – China can tweak its urbanization-led investment requirements accordingly. With a large reservoir of surplus savings and a budget deficit of less than two percent of GDP, it has the wherewithal to fund such efforts. There is also ample scope for monetary easing; unlike central banks in the West, the People’s Bank of China has plenty of ammunition in reserve.

A growth slowdown is hardly shocking for an export-led economy. But China is in much better shape than the rest of the world. A powerful rebalancing strategy offers the structural and cyclical support that will allow it to avoid a hard landing.

Stephen S. Roach, a member of the faculty at Yale University, was Chairman of Morgan Stanley Asia and is the author of The Next Asia.