Iceland could lose its investment grade rating if it fails to resolve debt claims from Britain and the Netherlands, Moody’s Investors Service said as it cut the country’s credit outlook to negative. The ratings agency has warned the country might lose its Baa3 rating – which stands just one notch above junk level – if […] 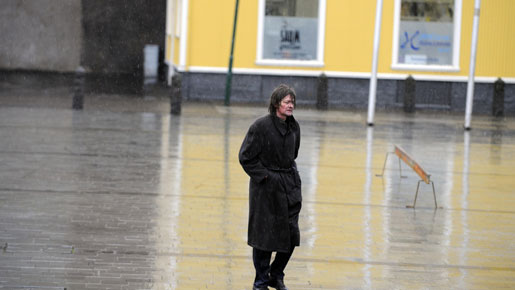 Iceland could lose its investment grade rating if it fails to resolve debt claims from Britain and the Netherlands, Moody’s Investors Service said as it cut the country’s credit outlook to negative.

The ratings agency has warned the country might lose its Baa3 rating – which stands just one notch above junk level – if it was forced to refinance upcoming eurobonds from its own funds.

The warning sent the cost of insuring Icelandic debt against default up by one tenth of a percentage point, data showed.

Iceland has been trying for months to resolve the debt dispute with the two EU states over failed online bank Icesave, and the delays have held up much-needed aid from the IMF and its Nordic neighbours.

Moody’s said it was most likely Iceland would find a way of resolving the dispute, allowing foreign loan programmes to resume and enabling the country to retain its investment grade rating.

However the impasse with Britain and the Netherlands, over more than $5bn in debt incurred from Iceland’s 2008 banking crisis, could potentially create refinancing problems for the government in coming years.

“The recovery of the Icelandic economy is threatened by the delays in the resolution of the Icesave dispute, which constitutes an obstacle in the resumption of official and private financial flows into the country,” said Kenneth Orchard, Senior Credit Officer in Moody’s Sovereign Risk Group.

Iceland owes money to the two EU nations after they compensated savers in their countries who lost deposits in a failed Icelandic bank in the global financial meltdown.

Refinancing risk
Moody’s said the Icesave dispute created a risk Iceland may not be able to refinance December 2011 and May 2012 eurobonds.

While the central bank would be able to repay the bonds, it said, “there is some doubt whether the size of the buffer that would exist following repayments would be consistent with an investment grade sovereign rating”.

The IMF, which agreed loans of more than $2bn to Iceland, said that the country had met the necessary conditions to move ahead with a second loan review that has been delayed since late January.

It made the comments after Icelandic ministers went to Washington to convince IMF officials to release the aid.

Iceland needs the money so it can begin to lift capital controls and regain access to international markets.

Moody’s said a resumption of the programme would be positive, but might not be sufficient on its own to maintain Iceland’s external liquidity at an investment grade level.

It said the outlook would be changed back to stable if Iceland could settle the Icesave dispute, although there was also a risk the rating could be placed on review for possible downgrade if it is unable to normalise international flows.