The creation of Europe’s economic and monetary union is unique in the history of sovereign states, says Jean-Claude Trichet 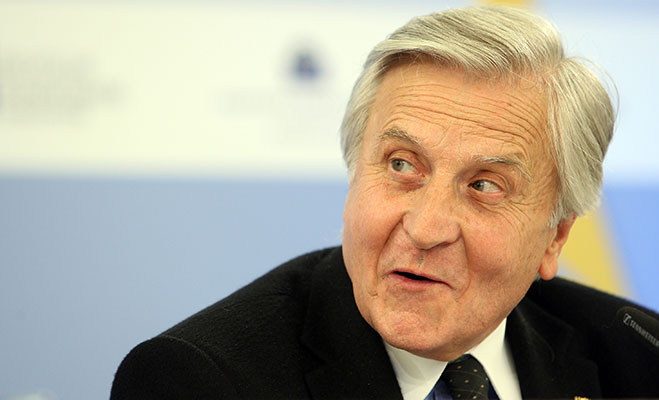 The eurozone constitutes a “society of states” of a completely new type, one that transcends the traditional Westphalian concept of sovereignty.

Like individuals in a society, eurozone countries are both independent and interdependent. They can affect each other both positively and negatively. Good governance requires that individual member states and the European Union’s institutions fulfill their responsibilities. Above all, economic and monetary union means just that: two unions, monetary and economic.

Europe’s monetary union has worked remarkably well. Since the euro’s launch in 1999, price stability has been maintained for 17 countries and 332 million people, with average yearly inflation of just 2.03 percent – better than Germany’s record from 1955 to 1999.

Moreover, the eurozone has created 14.5 million new jobs since 1999, compared to 8.5-9 million in the US. This is not to say that Europe does not have a serious unemployment problem; but there is no obvious inferiority in Europe: all advanced economies must boost job creation.

The euro per se thus does not explain why the eurozone has become the sick man of the global economy. To understand that, one has to consider the weakness of Europe’s economic union.

For starters, the Stability and Growth Pact, intended to ensure sound fiscal policies in the eurozone, was never correctly implemented. On the contrary, in 2003 and 2004, France, Italy, and Germany, sought to weaken it. The European Commission, the European Central Bank, and the small and medium-sized eurozone countries prevented the SGP from being dismantled, but its spirit was gravely compromised.

Moreover, eurozone governance did not include monitoring and surveillance of competitiveness indicators – trends in nominal prices and costs in member states, and countries’ external imbalances within the eurozone. (In 2005, long before the crisis, I called, on behalf of the ECB’s governing council, for appropriate surveillance of a number of national indicators, including unit labor costs.)

A third source of weakness is that no crisis-management tools were envisaged at the euro’s launch. For much of the world at the time, “benign neglect” was the order of the day, particularly in the advanced economies.

Finally, the high correlation between the creditworthiness of a particular country’s commercial banks and that of its government creates an additional source of vulnerability, which is particularly damaging in the eurozone.

Fortunately, much progress has been made, including significant improvements to the SGP and the introduction of surveillance of competitiveness indicators and national imbalances. New crisis-management tools have been put in place. And there is a consensus that the EU’s stability and prosperity requires completion of the single market and obligatory structural reforms for all 27 members. A proposed banking union would help to separate the commercial banks’ creditworthiness from that of their government.

But none of this is enough. Instead of imposing fines on countries that transgress rules and ignore recommendations, as the SGP was supposed to do, the European Commission, the European Council, and – this is essential – the European Parliament should decide directly on measures to be immediately implemented in the country concerned. Fiscal and certain other economic policies should be subject to activation of a eurozone “federation by exception.”

The idea that sharing a single currency also means accepting limitations on fiscal sovereignty is not new. A “federation by exception” merely draws the logical consequences from the ineffectiveness of the fines envisaged by the SGP, and is fully consistent with the concept of subsidiarity that has been applied since the SGP’s introduction: as long as national economic policy complies with the framework, there are no sanctions.

Perhaps the most important element of the “federation by exception” would be its strong democratic anchor. Its activation would be subject to a fully democratic decision-making process, with clear political accountability. More precisely, decisions to implement measures proposed by the Commission and already approved by the Council would require a majority vote by the European Parliament – that is, those representatives elected from the EU’s eurozone members.

In the past, I have suggested establishing a eurozone finance ministry, which would be responsible for activating economic and fiscal federation when and where necessary, and for managing new crisis-management tools like the European Stability Mechanism. It would also be responsible for overseeing the banking union, and it would represent the eurozone in all international financial institutions and informal groupings.

But, most important, “federation by exception” would ultimately cease to be an exception. The finance minister would be a member of the EU’s future executive branch, together with the other ministers responsible for other federal departments.

From this perspective, the Commission presages a future European democratic government, as German Finance Minister Wolfgang Schäuble, who has proposed instituting an elected president, has suggested. The Council, meanwhile, appears to anticipate the European Parliament’s future upper house, with the lower house already elected by all EU citizens.

I am fully aware of the boldness of what I propose. But Europeans must learn the lessons of the recent past. We must clarify the nature of what must be done to secure governance that is both democratic and as effective as circumstances require.