The West Valley of Arizona is incredibly well connected, and boasts an educated, eager workforce. The addition of a new business park makes it an ideal investment destination 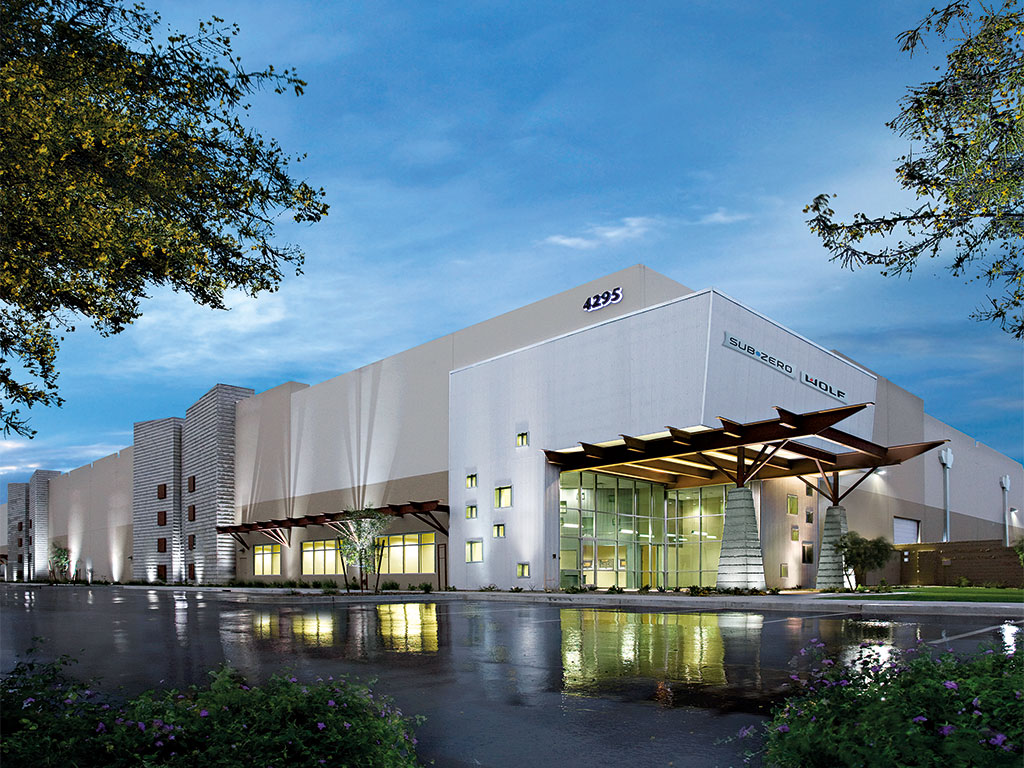 PV303, the 1,600-acre master-planned business park located in Arizona’s West Valley, in the city of Goodyear, is already home to a range of internationally recognised corporations, including Sub-Zero, Dick’s Sporting Goods and REI, and continues to emerge as one of the fastest growing development zones in the western US.

A key feature attracting major international companies to the business park is the approved foreign trade zone (FTZ) status on portions of the master plan, allowing foreign material to the site without being subject to US customs duties. The FTZ status is a powerful sales tool for site selectors and companies looking to expand their business operations into the US. FTZ users receive significant financial and operational benefits, including discounted processing fees, reduced tax assessments of 75 percent, reduced real and property taxes by up to 72 percent, shorter supply chain time, and improved cash flow.

Easy access
PV303 is a rising hub for international business expansion in the western US. The master-planned business park is designed to meet corporate users’ unique needs. In addition to the FTZ, PV303 distinguishes itself from other market areas across the country by offering companies strategic access to major ports and rail systems, such as: the ports of Long Beach, Los Angeles and San Diego, California; El Paso, Texas; and Las Vegas, Nevada.

A talented, deep and productive workforce lives in the immediate metropolitan area, while freeways put PV303 within an hour of 3.8 million workers

The site boasts a highly visible location along two major transportation corridors that provide a high-speed route into and out of the market area, shovel-ready sites, spec buildings, unmatched amenities and business-friendly policies.

Major players
PV303’s current corporate roster includes Sub-Zero, which purchased a 455,000sq ft manufacturing and distribution facility, and is currently under construction on an additional 250,000sq ft footprint expansion, resulting from the success of the facility. The park also features a 720,000sq ft Dick’s Sporting Goods distribution centre for the western US, and REI – an internationally recognised recreation retailer – recently opened a 400,000sq ft state-of-the-art omnichannel facility that will service the western US.

Chicago-based First Industrial Realty Trust recently purchased a 74 acre land site within the PV303 business park, and is currently developing a 618,000sq ft spec building that is expandable to over one million sq ft of state-of-the-art industrial space. This project is desgined to attract major users actively looking in the market.

A talented, deep and productive workforce lives in the immediate metropolitan area, while freeways put PV303 within an hour of 3.8 million workers. The city of Goodyear, where PV303 resides, alone boasts a diverse population. More than 85 percent of heads of households are college-educated, and 56 percent have college degrees. And the workforce is growing: with approximately 4.6 million people, Greater Phoenix’s population is expected to nearly double in the next two decades.

The park is surrounded by a large pool of quality amenities that contribute to the overall convenience and attractiveness of PV303’s location for businesses, including diverse residential housing, hotels and resorts, restaurants, shopping, golf courses, and spring training Major League Baseball facilities.

At final buildout, PV303 will be one of the largest business parks in the south-west, and will include over 20 million sq ft of office, retail and industrial space.