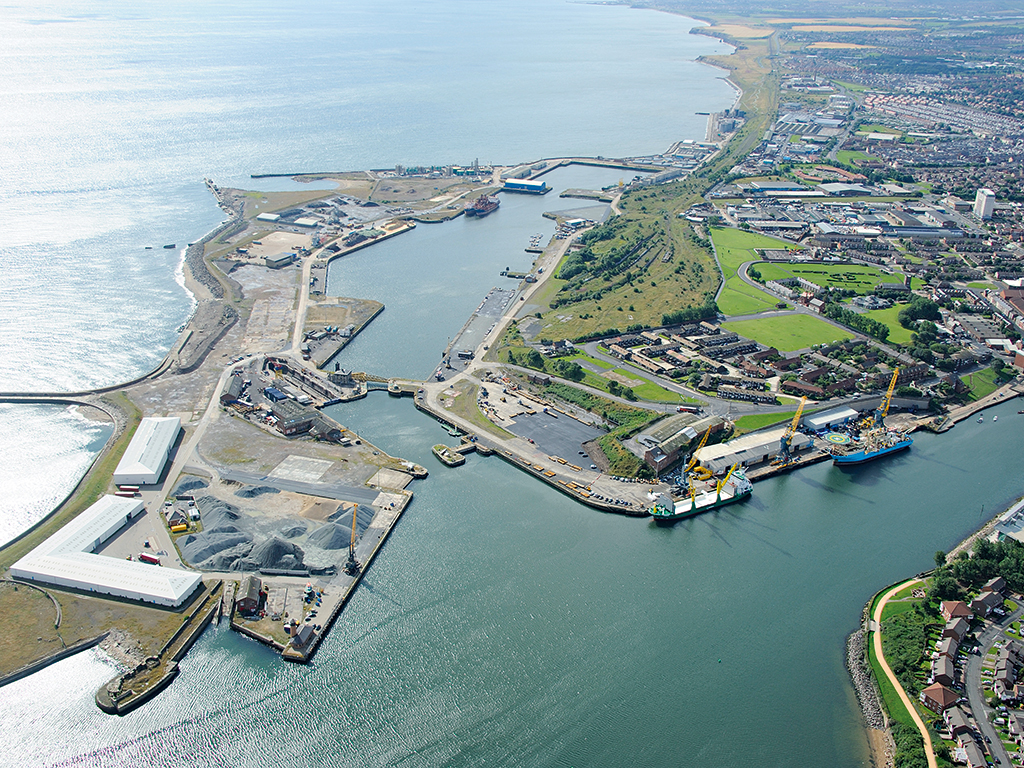 The Port of Sunderland: a key economic force for decades
Finance

Beginning most notably in the late 80s and early 90s, the UK’s manufacturing sector has come on leaps and bounds since the days when coal mining stood as a major driver of the national economy. Nowhere else can this be better encapsulated than in the North East city of Sunderland.

The city is representative of much broader changes to the UK’s economic make up, and changes that have been gathering pace since technological developments in the latter stages of the 20th century reshaped the country’s traditional manufacturing sector.

What distinguishes Sunderland’s port from so many others is its flexibility, in that it’s accessible by road and rail, and not dependent
on tides

Multinational prowess
Testament to Sunderland’s modern-day manufacturing prowess is the fact that many of the 50 biggest companies based there are multinational manufacturers, principally of Japanese, American and European origin. And at the heart of Sunderland’s impressive roster of talent stands Nissan (NMUK), a firm that boasts a very sizeable presence in the North East and constitutes a considerable chunk of the UK’s manufacturing clout as a whole.

The Japanese manufacturer has doubled its Sunderland production capacity in the last three years and is forecast to produce 600,000 units this year alone. What’s more, the manufacturer accounts for 15,000 jobs in the automotive sector in the city, and another 13,000 related jobs in the supply chain across the North East region. “It’s a huge catalyst for employment and growth in the North East. Indeed, the Sunderland plant accounted for 1.4 percent of total UK manufacturing exports in the last year,” says Smith. “We are a major, major exporter, in fact the North East is the only region in the UK with a positive balance of trade, with Nissan being by far the biggest component in this. And, if you consider that Sunderland was ranked in the top four small European cities for foreign direct invetsment in 2013, that gives an indication of the sheer scale of our contributions to the UK economy.”

The success story of Nissan and of Sunderland’s burgeoning automotive industry is one that began in the late 1980s, when big industry names started to see the city as a hospitable locale for setting up business. “Initially there was only the plant itself producing cars, but increasingly over time, the expansion of the supply chain close to Nissan has grown to twice the size of the Nissan plant itself,” says Smith. “That agglomeration in the industry around the plant marks a phenomenal success story. And we are now capable of successfully competing with our competitors in eastern Europe and beyond.”

Diverse sectors
The rise of Sunderland as a major UK manufacturing hub, particularly in the automotive industry, is due to two principal factors, the first being the availability of land, and the second, the availability of a highly productive workforce. The two factors together mean that the automotive industry, for one, has become an “absolute mainstay of the city’s economy”, and that it’s able to match alternative offers in other parts of Europe and beyond.

However, Sunderland’s competencies are far from contained to any one sector, and can be seen at sites such as the city’s port, which has presented individuals and entities with key economic opportunities for decades. “It’s massively important,” says Smith. “I think it’s providing an opportunity for easy, low-cost access to international markets for, not just Sunderland businesses obviously, but businesses in the whole North East of the country.”

What distinguishes Sunderland’s port from so many others is its flexibility, in that it’s accessible by road and rail, and not dependent on tides. “It’s providing a very strong opportunity for growth, which we’re beginning to realise, both in terms of increased imports, and the way the port is being used in shipping.”

Some of Sunderland’s strengths, however, are in more modern departments and have only entered the fray in recent years. “Well I think the area I’d most want to highlight is the continued development of our software industry,” says Smith.

The city has developed key competencies in the field of enterprise software, and growth in this particular niche has grown exponentially over the last five years, underpinned by key partnerships with major names such as IBM and Microsoft. “We’ve now five incubator centres in Sunderland, linked to software, which have 150 companies based in them,” says Smith. “We’ve also just launched our latest business centre in the last year, Sunderland Software Centre, marking an investment of £10m [€12.59m].” The centre is already 25 percent full and has shown, in only the short time since it opened, that there exists an appetite for business in Sunderland.

A role model
The city centre is also home to one of a number of new developments brought about by a multi-million pound City Deal, awarded to Sunderland in partnership with South Tyneside by the UK government earlier in the year. The purpose of the City Deal is to ensure the city keeps pace with demand and growth in the region, with a new international advanced manufacturing park, a central business district and numerous port developments all creating thousands of new jobs for those in the North East.

“Sunderland has created the conditions for entrepreneurism to exist, with the adoption of a smart city strategy based on renewing hard and soft infrastructure in the city,” says Smith. “Secondly, by developing the relationship between advanced engineering, manufacturing, and the knowledge economy, new forms of knowledge intensive industries have created opportunities that did not exist previously.”

Taking into account the city’s diverse and many strengths in manufacturing and prospects for the future, Sunderland should be seen as a role model in how best to acclimatise to changes in manufacturing. “Our ambition is to grow those opportunities and to command more from the value chain for the benefit of prosperity,” says Smith. “That’s our goal, and that’s what we’re majoring on.”