Global taxation for the digital age

The European Commission’s attempts to target big tech firms with a digital services tax are counterproductive. In the end, it will be European SMEs that suffer the consequences 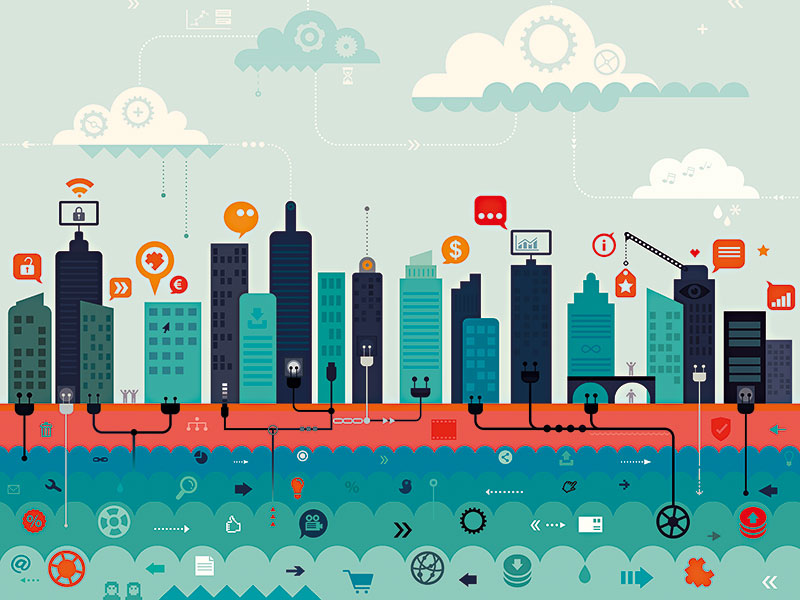 Should the EU digital services tax take effect, it will be Europe’s own start-ups and digital ecosystems that pay the biggest price
Industry Outlook

The question of how to tax increasingly globalised and digitalised businesses is vital to the future health of cross-border trade and investment. Sadly, the current debate is mired in confusion and complexity, and is not helped by populist political responses that demonise digital businesses.

A prime example is the European Commission’s proposal – first published in March 2018 – to create an EU digital services tax (DST). The measure is aimed mainly at multinational tech giants whose corporate structures allow them to siphon digitally derived profits to low-tax jurisdictions. But should the DST take effect, it will be Europe’s own start-ups and digital ecosystems that pay the biggest price.

As a company that operates in a globalised market, Booking.com has numerous concerns about the limited vision for the future of business embodied in the European Commission’s proposals. This is why we must oppose the DST idea in its entirety.

Splitting the difference
The proposed DST – as well as the rushed digital taxation efforts of several EU member states – reflects the outdated idea that digital companies are different from traditional businesses. As entire industries become digitalised, this distinction grows increasingly unsustainable. Attempting to maintain it threatens to cause serious long-term damage to European businesses and national economies.

Under current international corporate tax rules, businesses can only be taxed on the profits they earn in the country in which they are physically based, but not if trading is conducted through digital means. The often-heated discussion surrounding this issue has generated an image of large multinational tech firms profiting in local markets and using local infrastructure while operating without any tax liability.

This increasingly widespread narrative contributed to the European Commission’s proposals for an EU-wide DST, along with the wider reform of corporate taxation to cover any substantial operational presence by a digital business. But rather than producing a tax system that is fair and supportive of business, the DST would be much more likely to erode the benefits and opportunities that the digital economy currently offers to companies and consumers.

Swing and a miss
The proposal – supposedly an interim solution, pending the agreement of global measures – has two specific drawbacks. For starters, taxing businesses based on revenue rather than realised income will result in an intolerably heavier tax burden for enterprises with low profits and high turnover. Rather than hitting the targeted tech giants, a DST would most likely be a hindrance to the many European tech start-ups that have become global leaders in their fields.

This innately unfair approach will distort competition, undermine enterprise and harm domestic economic growth. Unfortunately, EU leaders are too focused on curbing the corporate structures of certain global tech brands to see the negative long-term implications that a DST would have for the growth of European businesses.

The second problem is the likely creation of a patchwork of digital taxation measures, both within and beyond the EU. Although the European Commission argues that its proposed DST would prevent the emergence of similar policies at the national level within the EU, recent developments in the UK, France and Italy suggest the opposite.

Furthermore, a rushed or ill-considered digital taxation strategy by the EU could result in a template that is replicated internationally. This could lead to a patchy global tax map, with confusion, variation and forms of double taxation accepted as standard. The consequences, in terms of the growth and survival of small and medium-sized businesses around the world, could be grave.

A global solution
On a more encouraging note, the Organisation for Economic Cooperation and Development (OECD) is making good progress towards reaching a consensus on digital taxation – covering search engines, online marketplaces and social media platforms. I strongly believe that collaboration at the OECD/G20 level is essential to developing fair and transparent tax rules for businesses offering digital services. This is an approach that I fully support and that is more likely to protect the interests of businesses and economies alike.

Companies like ours operate in a truly globalised world. We are required to comply with a variety of tax laws and, like all progressive businesses in the digital era, are happy to do so. What we want is a fair, supportive corporate tax system to help safeguard growth across the board, particularly when economic conditions are challenging. Business taxation must continue to be based fundamentally on realised income, and a global consensus regarding the development of a uniform taxation framework is now essential.

Such a consensus cannot wait. The global economy is becoming more digitalised by the day. As a European company, we want to see EU businesses grow, succeed and become leaders in this exciting new landscape. Separate tax measures – such as the DST – for digital companies are short-sighted and unrealistic, and will ultimately prove counterproductive for all.