Amazon has built an e-commerce empire that spans countless sectors. Now, as the company seeks to increase its market share with the introduction of private-label brands, Europe is pushing back against the retail giant 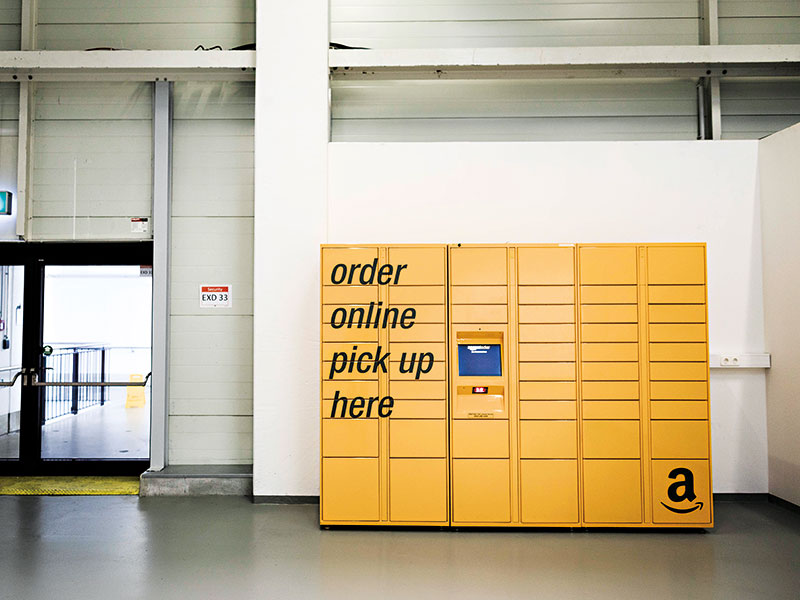 Earlier this year, in an experiment for the tech website Gizmodo, journalist Kashmir Hill documented her experience of living without Amazon for a week. On first thought, the concept sounds inconvenient – even challenging, if you regularly shop on Amazon or use Alexa-enabled devices – but not impossible.

Of course, Amazon is much more than an e-commerce website these days. Aside from the introduction of its range of Amazon Echo smart speakers, the company is behind several entertainment products and devices, such as Kindle, Audible and Amazon Prime Video. What’s more, Amazon now operates more than 100 physical stores, including Amazon 4-star shops – which carry highly rated products – and automated Amazon Go convenience stores, as well as hundreds of Whole Foods Market locations. There is also Amazon’s most profitable operation to consider: Amazon Web Services. As one of the largest public providers of cloud infrastructure, it is used to host the content of countless websites and apps.

As Amazon’s valuation hovers around the $1trn (€893.5bn) mark, it is hard to keep track of how many sectors the company has dabbled in. But while consumers have come to trust Amazon’s seemingly limitless marketplace for its reliability and simplicity, European regulators are beginning to push back against the e-commerce titan’s expanding reach.

Divide and conquer
In the US, Amazon currently accounts for about half of all online retail spending, while its presence in Europe is growing exponentially. The UK and Germany are the company’s biggest European markets, with almost nine out of 10 UK shoppers having used Amazon in 2018. Perhaps unsurprisingly, the company is keen to expand this presence, announcing in 2017 that it would open 1,300 warehouses across Europe to boost its delivery capabilities.

Through continued trial and error, Amazon should be able to unearth the most popular and profitable products – a fact that has not gone unnoticed by European regulators

This news will not have been well received by everyone, though. After all, wherever Amazon goes, it brings disruption. In fact, Morgan Stanley surveyed investors at its 2017 Amazon Disruption Symposium to learn which sectors they felt the company was least likely to expand its empire into. Among the most popular answers were dollar stores, auto parts, home furnishings and the beauty sector.

Yet, just two years later, Amazon has already made advances in some of those – principally by increasing the scope of its private-label products. In March 2019, for example, it announced it would launch its first line of in-house skincare products under the brand Belei. In January of the same year, following the launch of private labels Stone & Beam and Rivet, the company debuted Amazon Showroom, a visual design tool that allows consumers to place the firm’s furniture products in a virtual room before purchasing them.

“Over the last one to two years, we’ve seen a dramatic increase in the number of private-label brands and products that Amazon has created,” said Justin Smith, the founder of TJI Research, a firm that provides information and analysis about Amazon. “They’ve also dramatically increased the number of exclusive brands that they’ve incorporated into their own-brands programme.”

The forest from the trees
While recent additions to Amazon’s private-label and exclusive brands seem to demolish the concept of ‘Amazon-proof’ industries, the push into own-brand products has not been without its failures. In fact, according to Marketplace Pulse, of the 100-plus brands Amazon added to its offering in 2018, not one became a bestseller in its category.

With its dual role as both marketplace and online retailer, Amazon should be able to comb through troves of internal data to launch optimised products, but Marketplace Pulse feels there has been little evidence to suggest this strategy is working so far: “The number of unsuccessful products and brands [launched by Amazon] shows that the company doesn’t have it figured out… Thus, we conclude that Amazon’s private-label efforts have been given too much credit, both in their ability to disrupt categories and the capability to utilise internal data.”

Smith was not surprised by these findings, however, highlighting that Amazon is still in the formative stages of its private-label endeavours. “They are, in my opinion, trying a lot of different things and seeing what works,” Smith said. Through continued trial and error, the company should eventually be able to unearth the most popular and profitable products – a fact that has not gone unnoticed by European regulators. In 2018, the European Commission launched a preliminary antitrust investigation into whether Amazon’s marketplace favoured the company’s private-label brands over other retailers’ products. While preliminary investigations do not always lead to a formal probe, the company also faces investigations by Italian, Austrian and German competition authorities over antitrust issues. Amazon declined to tell European CEO how many private-label brands it owns, but said it is cooperating fully with investigators amid mounting regulatory scrutiny in Europe.

Changing the paradigm
Amazon has become ubiquitous in many consumers’ lives because of its focus on customer satisfaction. According to Richard George, a professor of food marketing at the Erivan K Haub School of Business, Saint Joseph’s University, Amazon is “obsessed” with the consumer – the firm will take any opportunity to make its customers’ lives easier.

Together with Amazon’s emphasis on long-term thinking, this desire for ease has led the company to prioritise infrastructure-based investments, resulting in offerings such as Amazon Prime’s next-day delivery service. By extending this functionality to third-party sellers, Amazon has set a precedent for the industry, with most customers now expecting to receive their goods within a day of ordering. “Amazon has shown that it has the ability to patiently invest in infrastructure over long periods of time in ways… that give it a competitive advantage as it builds future businesses and products on top of that infrastructure in new categories and sectors,” Smith said.

Now the company is setting its sights on healthcare. In 2018, Amazon bought online pharmacy service PillPack and, more recently, procured regulatory approval that allows Alexa-enabled devices to handle patient information. Smith believes this could be a significant area to watch in the coming years, but when it comes to new product launches, George believes anything that can fit onto a truck for same-day or next-day delivery is fair game: “I see [Amazon] still very much in consumer goods [and] durable goods. I think they’re going after low-hanging fruit. AmazonBasics is a great leverage for them… Their customers trust them.”

But Amazon’s next move may be buying the truck itself. “[Soon,] you’re not going to see UPS trucks delivering Amazon products,” George told European CEO. “[Amazon’s] going to have their own fleet. And if they’re going to have their own fleet, why wouldn’t they deliver somebody else’s products as well?” Whispers of a new service that would deliver items from a seller’s warehouse directly to the customer have been around for over a year now. Writing for TJI Research in response to reports of a new service called Amazon Shipping, Smith said: “It appears as though Amazon Shipping as a national ground shipping service is real and growing.”

As with its private-label brands, Amazon’s vast size allows it to take these big gambles. So long as the company keeps correctly predicting what consumers want and reshaping the e-commerce landscape in its image, there is no reason why it will not continue to grow its already-vast empire. As Hill concluded after her week of abstaining from the company’s offerings, it is “simply not an option” for consumers to live without Amazon today.