From Realism to early Modernism, the 19th century gave birth to a variety of artistic movements. After decades of being overlooked by collectors, the era is on the cusp of a revival 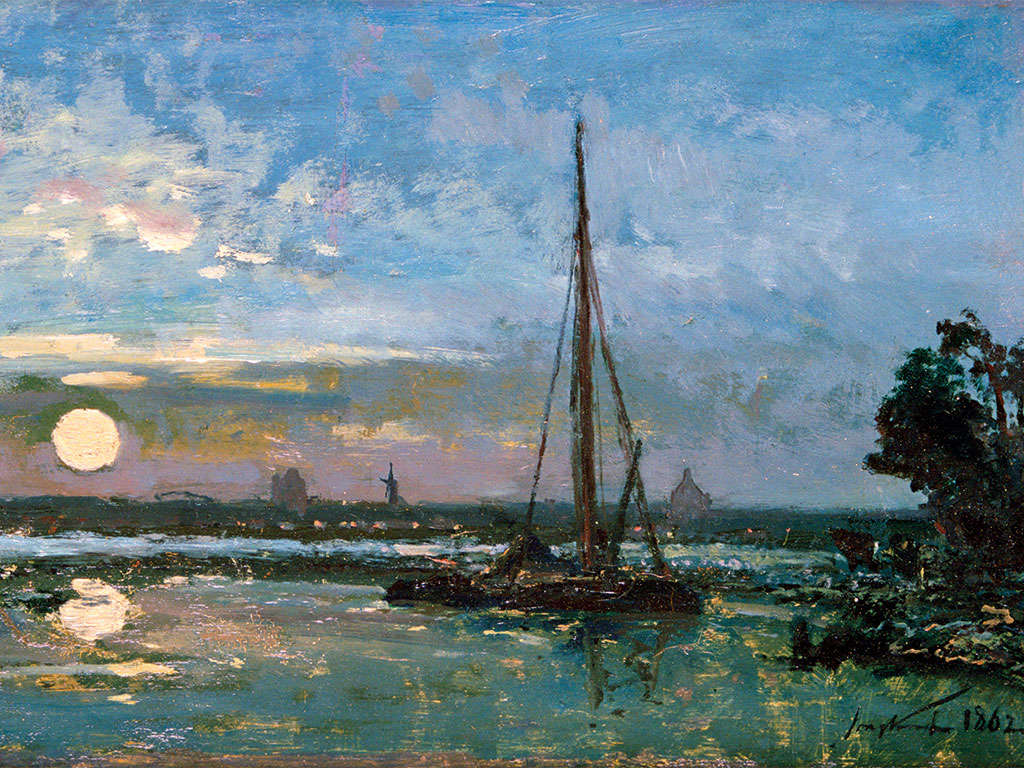 Art from the 19th century doesn't top the sales charts, but is both beautiful and historically significant in terms of the movements that it inspired
Lifestyle

For much of the last century, the art of the 19th century has been largely neglected. While the art world has fixated on Impressionism and contemporary art, the 19th century artists who inspired these movements remain relatively uncelebrated and underappreciated. And yet, the period remains one of the most creatively significant in history. From Courbet’s emphatic Realism to Corot’s poetic landscapes, the era is defined by its diversity – its varying schools, subject matters and innovative painting techniques.

Paintings from the period perfectly capture reflections on modern life, touching on captivating themes such as orientalism, revolution and the glamorous Belle Époque. Spanning the traditional genre to early Modernism, the 19th century is the bridge from the Old Masters to the Impressionists and contemporary art. Dismissed for decades as irrelevant, pioneering 19th century artwork now represents a ripe investment opportunity for private collectors, with many quality pieces available at reasonable prices. Focusing exclusively on paintings from the era, Beverly Hills-based Gallery 19C hopes to introduce passionate collectors to the rich, diverse world of 19th century artwork. European CEO spoke to Gallery 19C founder Eric Weider about the company’s unique vision.

Why did you found Gallery 19C in the first place?
As a long-time collector of 19th century European paintings, I have often been amazed at the diversity and quality you can buy for reasonable prices. Museum-quality Old Master, Impressionist or modern master paintings will set collectors back many millions of dollars. Top-quality 19th century paintings, however, can sometimes be found for as little as $100,000. The 19th century is perhaps the most overlooked and undervalued period in art history, giving collectors a unique opportunity to purchase bold, visionary artwork at incredible value. We believe this situation won’t last forever, and the coming decade or two may be the final chance for private collectors to secure the very best 19th century paintings at reasonable prices. At Gallery 19C, we understand collectors’ need for quality and value, and wish to share our passion for this rich and influential period.

The art world has been increasingly enthralled by modern and avant garde art, meaning earlier painters have been largely forgotten about

What might draw collectors to the era?
The pre-Impressionist artists of the 19th century represent some of the most creatively important masters in the pantheon of art history. Modern art as we know it was made possible by 19th century artists, who strove to develop their individual artistic expression from within a fairly rigid, self-reinforcing system. In the process of freeing themselves, 19th century painters also freed the artists that followed them. While 19th century artists both influenced and taught many celebrated Impressionists, artists such as Delacroix, Courbet, Daubigny and Rousseau are still not as well known as those who followed and befitted from their groundbreaking work. Claude Monet was informally taught on the beaches of Normandy by Boudin and Jongkind, and took inspiration from Corot. Van Gogh was heavily influenced by Millet, and copied many of his paintings, while Picasso made more than 15 paintings inspired by Delacroix’s Woman of Algiers.

Although these pupils remain better known than their teachers, we are slowly beginning to see more recognition of 19th century artists. In the last few years alone, there have been major international exhibitions on Courbet, Gérôme, Daubigny and many more. Gallery 19C hopes to build on this growing recognition of their artwork.

Why is 19th century artwork so undervalued?
Since the turn of the 20th century, the art world has been increasingly enthralled by modern and avant garde art, meaning earlier painters have been largely forgotten about and considered somewhat irrelevant. When someone hears ‘19th century’, they tend to think ‘old’. In reality, many of these 19th century artists were incredibly modern, bold and visionary. Auction prices reveal that, since 2000, the average Monet painting sold for more than 100 times those of Jongkind, one of his most important influencers. Indeed, Monet himself once said of Jongkind: “He was my true master, and it is to him I owe the final education of my eye.” In light of such ardent praise, it seems incredible you can purchase a quality Jongkind for between $50,000 and $100,000, while his pupil’s paintings are routinely sold for several million dollars. I’m not suggesting the predecessors will ever achieve the prices of the Impressionists, but it is reasonable to think some price appreciation for their best work is certainly warranted.

Do you predict an increase in interest?
For many decades, museums took many 19th century paintings off their walls and put them in storage, in order to make way for more modern pieces. But, since the early 70s, and particularly in the last two decades, a growing number of museums and scholars have been re-evaluating these artists and their importance in the evolution of art. For example, the Van Gogh Museum is currently showing an exhibition called Daubigny, Monet, Van Gogh: Impressions of Landscape, which explores Daubigny’s influential role in inspiring painters such as Monet and Van Gogh. At Gallery 19C, we celebrate the art of innovative painters such as Daubigny, and encourage private collectors to explore the rich world of 19th Century art.

How do you select works to add to the gallery’s collection?
We have a diverse collection of extremely high-quality paintings at the gallery, ranging in price from $20,000 to over $1m. When looking to expand on this collection, we seek out the finest examples of an artist’s work, while focusing on painters who were in some way consequential to the history of 19th century art. We aim to purchase items that are considered in the top 20 percent of an artist’s production, or that might be important to understanding them and how they developed their craft over time.

We seek out the finest examples of an artist’s work, while focusing on painters who were in some way consequential to the history of 19th century art

There are three main reasons to buy a 19th century European painting. The first reason is simply because you love it – the 19th century is incredibly diverse, and so, unless you are someone who only likes abstract art, then you are going to find something you like in this period. Secondly, there is the undeniable historical significance of 19th century art. For example, a collector of Impressionist paintings would do very well to include some pieces by their earlier influencers in their collection, in order to add some depth and historical context to the works they already have. Finally, someone might be drawn to 19th century art because of the economic value it represents. At Gallery 19C we believe 19th century paintings are poised for a long-overdue revaluation, meaning that their prices may well appreciate over the next few decades.

What future plans do you have for Gallery 19C?
We will be opening our physical gallery in Beverly Hills, California in April 2017. Following the gallery’s launch, we will be hosting a range of talks by industry professionals, and we are also planning a number of exciting exhibitions. Our first exhibition will focus on the Parisian populace in the 1870s to 1890s timeframe, looking at a full spectrum of Parisians – from the bottom to the very top of society. Aside from our work at the gallery, we are also hoping to organise 19th century appreciation societies in different cities around the world, to help people show their collections and meet others who share their interest in the period. We are going to be having a lot of fun, while making a contribution to the much-deserved recognition of 19th century European art.