A Scandinavian crime fiction wave is infiltrating the tourist trade of Sweden, as fans of the Millennium trilogy and the Wallander series descend on Swedish cities to immerse themselves in the mystery and intrigue that define the books 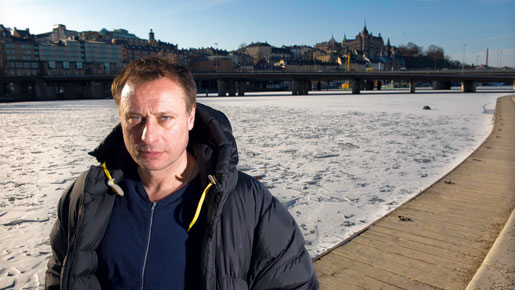 Sweden has always been a popular destination for business travellers and tourists alike, but the reason for its appeal seems to have shifted. No longer revered solely for picture-perfect landscapes, clean air and gravad lax, the allure of the country is based around more sinister vibes these days, albeit mostly marked by fictitious menace.

The worldwide success of The Millennium trilogy and the Wallander novels, penned by the late Stieg Larsson and Henning Mankell respectively, have set the phenomenon in motion. Both book series have been adapted for film and TV, reaching audiences and new fan bases well beyond Scandinavia. Indicative of how popular the books are, millions travel to Sweden to visit the sites and areas that feature within the action-laden stories.

What’s behind the success of Swedish crime fiction, and what defines the style of the nation’s writers? “The phenomenon didn’t arrive overnight; Henning Mankell and his Wallander books have been big in Germany for many years,” says Sören Bondeson, the author and fiction tutor credited with launching the careers of many successful Swedish crime novelists. “I believe that the strength of Swedish crime writers partly stems from their ability to carefully portray small Swedish towns in the middle of nowhere, which may appear exotic to readers outside Scandinavia.

Åsa Larsson, a crime writer at the forefront of the movement, champions a style that focuses a lot on detail, which is something that defines the work of many of her fellow Swedish talents,” he observes. Speaking of the work of Henning Mankell and Stieg Larsson in particular, Bondeson believes their success owes to the fact that they didn’t set out to write bestsellers initially, unlike many American writers. “Typically, the storylines of the books are quite left-wing and they are created in an organic manner, which allows the narrative to unfold at a rather slow pace.”

Stockholm a la Salander and Blomkvist
Fiction pilgrimage is by no means a new phenomenon − Dan Brown’s blockbuster novels have attracted an impressive following and his books, of which the most famous is The DaVinci Code, have generated a string of guided trails in cities from Washington to Rome. The interest surrounding the Millennium trilogy is no less significant. Over 60 million readers have devoured Stieg Larsson’s Millennium books – or as the volumes are also called, The Girl with the Dragon Tattoo series − that chart the intriguing and sometimes life-threatening adventures of journalist Mikael Blomkvist and daring computer hacker Lisbeth Salander.

Inviting fans of the saga to relive the story within its authentic setting, Stadsmuseet (the city museum) in Stockholm first launched guided “Millennium tours” in 2008. The walks -which take about two hours and are held in Swedish, English and French – have proven spectacularly popular, drawing crowds from Scandinavia and beyond. The tourist-friendly format of these on-foot adventures may smack of gimmickery to critics, but even non-Millennium devotees would find that the city walk serves as a good introduction to Stockholm itself. Winding its way through both commercial and more residential areas, the trail stretches from Södermalm – where most of the action takes place – and through to Odenplan in Vasastan. The geographical span gives the visitor a good grasp of the city, and it touches both on its historical and contemporary identities.

One of the key spots of the walk is journalist Mikael Blomkvist’s apartment located on Bellmansgatan in Södermalm, a bohemian and hip part of Stockholm favoured by the creative set. The home of the adventure-hungry Millennium editor is bright 65 square metre attic apartment with views over the bay of Riddarfjärden, Gamla Stan and the city hall of Stockholm. Actor Michael Nyqvist, who plays Mikael Blomkvist in the Swedish film adaptations, lives not far from his alter ego’s residence on Södermalm. “It’s happened twice that I have barged straight into millennium tour groups, and each time I’ve run the other way as the situation has been too crazy to handle,” the actor told Swedish evening paper Aftonbladet after the first film had hit the cinema screens.

Progressing deeper into Södermalm, the cult pub, Kvarnen, forms an equally integral part of the story since it features as Salander and Blomkvists’s favourite haunt. Individuals in the real world may appreciate the establishment for its pleasant décor and tasty menu, defined by traditional Swedish fare such as köttbullar (Swedish meatballs) and surströmming (fermented herring). Tours in English are organised by Stadsmuseet and take about two hours. (www.stadsmuseum.stockholm.se) For fiction mavens who prefer to distance themselves from fellow Steig Larsson fans, the museum offers a Millenum map that is available in the languages of English, Swedish, French Italian and Spanish.

Wallander puts Ystad on the tourist map
Stockholm is indisputably a definite draw in itself, and therefore it’s not so surprising that book worms travel from all over the world to embark on its popular Millennium tours. What’s more remarkable is that the pint-sized destination that is Ystad, located 60 km south-east of Malmö, has become almost equally popular with international visitors.

What many of them have in common is a passion for the 11 Wallander novels published to date and the main character, the Ystad based detective Kurt Wallander. Every year, thousands of Wallander enthusiasts descend on the little locale, almost outnumbering its 17,000 regular inhabitants. Germans and Poles typically reach their destination by regular ferry services across the Baltic, while Japanese Mankell followers willingly endure a much longer journey to follow in the footsteps of their favourite detective. The sheer determination displayed is indicative of the power of Henning Mankell’s most famous series, which first appeared on Swedish bookshelves in 1991, with the launch of Mördare utan ansikte (Faceless Killers).

The attention Ystad has received as a result of the Wallander books and subsequent screen productions has certainly worked in its favour. But the little sleepy town appears nothing like its murder-prone, fictitious self. Miami Downtown it ain’t. Rather, it’s a medieval, postcard-pretty idyll of a spot, marked by cobbled streets and vividly painted cottages with thatched roofs. Of cultural significance, the locale is studded with a smattering of pre-historic sites and it’s also home to Scandinavia’s oldest fortress, which also plays a starring role in the novels. A number of worthy beaches add further to the charm of Ystad, making it a perfect holiday destination even if Kurt Wallander had never set his fictitious foot in town.